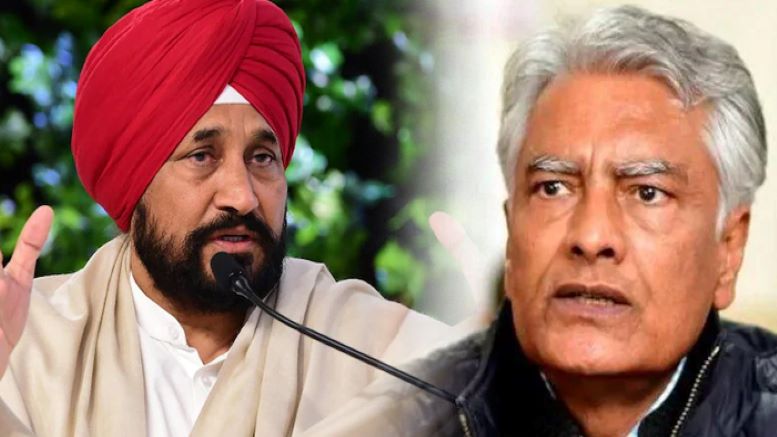 Punjab politics has taken an interesting turn with Sunil Jakhar, former President of Punjab Pradesh Congress Committee, claiming that the Congress high command (Nehru-Gandhis) chose Charanjeet Singh Channi over him despite the fact that a majority of the MLAs favored him after former CM Captain Amarinder Singh quit the post. He further said that it wasn’t his rejection but that he was rejected for being a Hindu that upset him.

In the video, Jakhar says “I’m not upset because I believe in God and his designs. I got the votes of 42 MLAs while Sidhu and Channi received 6 and 2 votes respectively. When Rahul Gandhi asked me to become the Deputy CM, I turned down the offer”.

“Advisors in Delhi are not giving the correct advice. It is okay to tell me that I was not made the CM candidate if I was not MLA and not because I am a Punjabi Hindu. You upset a whole community because of that,” Jakhar said while adding that Punjab is a secular state. The revelation comes at a time when the Punjab Congress is seeing a tussle between Channi and Sidhu over CM candidature in the run-up to the upcoming assembly polls.

The revelation by Jakhar brings the focus back on the point of whether the Nehru-Gandhis are favoring Christians/Crypto-Christians while rejecting Hindu leaders for important posts. As HinduPost had highlighted earlier, although Channi is reportedly a Dalit Sikh information revealing the possibility of him being a crypto-Christian had come to the fore.

YS Rajasekhar Reddy was handpicked as the Chief Minister of Andhra Pradesh by Sonia Gandhi. YSR’s father had converted to Christianity and YSR made many efforts to spread Christianity in Andhra Pradesh. His efforts included staffing the govt with Christian officers, installing Christians in Tirupati administration and also through his evangelist son-in-law. Christian evangelism received a great boost during his Chief Ministerial tenure. In fact it won’t be far-fetched to say that conversion is a family business of the YSR family.

Another evangelist selected by the Nehru-Gandhis is Karnataka’s KJ George who along with his son Rana George was named by Deputy Superintendent of Police MS Ganapathi in his audio visual suicide note.

Known for his proximity to Congress supremo Sonia Gandhi which initially landed him the key and sensitive home portfolio, KJ George had been embroiled in one controversy after another when Congress came to power in Karnataka in 2013. His term as Home Minister saw a sharp deterioration in the law & order situation across Karnataka which was evident from the brutal hackings of Hindu activists like Prashant Poojary, K Raju and Yogeesh Goudhar.

It must be recalled DK Shivakumar, Karnataka Congress MLA and previously a minister in the Siddaramaiah Government, had handed over title deeds to a trust in Christian majority Harobele village in Kanakpura Taluk of Ramanagara district for constructing the world’s largest Jesus statue. A non-profit body had highlighted that the land had been acquired for building the statue by illegally encroaching forest land.

In view of the fact that the Congress is known to favor leaders with an evangelical and anti-Hindu mindset, it doesn’t seem improbable that Jakhar was dropped only because he was a Hindu.