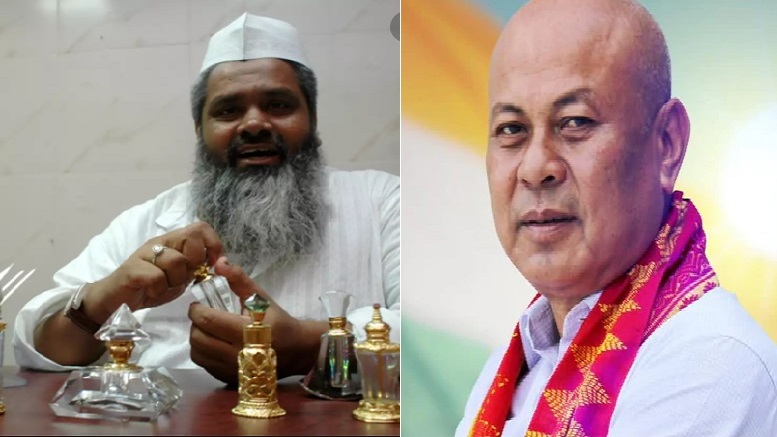 Politics makes for strange bedfellow, and ‘secular’ politics in Bharat makes for outrageous ones. A day after snapping ties with the ruling BJP, the Bodoland People’s Front (BPF) on Sunday joined the Congress-led grand alliance ‘Mahagatbandhan’ to fight the Assembly polls against the saffron party-led alliance.

The Congress had formed the Mahagathbandhan with three Communist parties — CPI-M, CPI, and CPI-ML — as well as the radical Islamist AIUDF and the Anchalik Gana Morcha.

The Congress and the AIUDF had fought separately in 2016, managing to win 26 and 13 seats, respectively. The ruling BJP in Assam since 2016 had an alliance with the BPF, which still has three ministers in the Chief Minister Sarbananda Sonowal-led government.

In 2006 and 2011, the BPF was part of the Congress-led government in Assam, but before the Lok Sabha polls in 2014, the party broke ties with Congress.

Another regional alliance comprising Assam Jatiya Parishad (AJP), Raijor Dal, and few other local parties formed a third front to take on both the BJP and the Congress-led alliances. The elections to the 126-member Assam Assembly will be held in three phases on March 27, April 1, and April 6. The results will be declared on May 2.

AIUDF is led by MP Maulana Badruddin Ajmal – who is also president of Assam unit of fundamentalist organization Jamiat Ulema-e-Hind and a ‘master’s degree’ holder in Islamic Theology and Arabic from Deoband Islamic seminary.  He runs a multi-billion perfume business stretching from Bharat to the Gulf and Europe and is lauded as the ‘perfume king’ by Lutyens’ dissolute media cabal.

Ajmal had exhorted Muslims in Assam to “unite against Hindus” during an election speech before the 2016 Assam assembly elections. An FIR was recently lodged with Assam police against Ajmal Foundation, an NGO run by Ajmal, for receiving FCRA funds from foreign agencies linked to terrorist groups.

Motormouth AIUDF MLA Aminul Islam has said “Ahoms (majority Hindu community of Assam) are foreigner, Miya Muslims are indigenous people,” while defending the illegal Bangladeshi Muslim invasion that threatens all indigenous people of Assam. Another former MLA of this ‘secular’ party had exhorted Muslims to attack Hindus in ‘retaliation’ as their numbers are growing by the day.

The 2012 Assam riots broke out between indigenous Bodos and illegal Muslims settlers from Bangladesh in the district of Kokrajhar, which is the centre of the autonomous Bodoland Territorial Region (BTR) created within Assam to safeguard rights of Bodos, 90% of whom are Hindus, and other indigenous natives.  The violence claimed 79 lives – previous large riots between Bodos and Bengali-speaking Muslims had occurred in in Kokrajhar in 1994 (113 dead), and Udalguri in 2008 (64 dead).

Muslims from erstwhile East Bengal started migrating to the plains of Assam in the late 19th century and their illegal infiltration has not stopped even after Bharat’s partition. This illegal immigration has threatened the existence, right to land and resources to not just Bodos but all indigenous people of the entire state, and is the primary cause for the periodic outbreaks of violence seen in the region.

Back in 2012, Hagrama Mohilary had held “inflitrators from Bangladesh” as responsible for the violence, and today he is allying with Ajmal, the man who is responsible for giving legal and political cover to the very same illegal immigration!

In such a situation, all Bodos and natives of Assam would do well to listen carefully to what senior BJP leader Hemanta Biswa Sarma (he was previously with Congress and left in disgust after witnessing Congress’ first family up close) has to say –

“When Bodo and Assamese signboards will be together, Ajmal’s politics will end that day…After 10 years, Ajmal will decide what to give to Bodo, Assamese, Bengali, Marwari people and that is coming,” said Sarma….Assam is standing on the edge of death with a section of people trying to overpower us.”