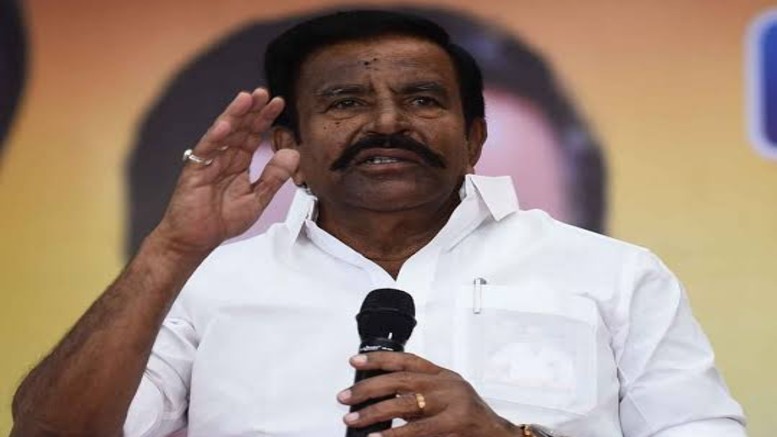 DMK minister KN.Nehru has made shocking remarks about Biharis saying they are in Indian Railway jobs even though they are not brainy. He attributed the phenomenon to Lalu Prasad Yadav and claimed that he helped them copy in railway exams to get government jobs. While verbally abusing people from Hindi speaking states as panipuri wala, pan wala, etc has been normalised by DMK supporters in social media, a minister himself speaking degradingly of the people of a specific state has come as a shock.

Now DMK minister for Urban/Municipal Administration, KN.Nehru has said that Biharis despite not being brainy are occupying railway jobs. BBC reported his remarks as, “Biharis don’t have more brains(knowledge) than us. But 4000 Biharis work in Ponmalai, Trichy (railway) workshop. Lalu Prasad Yadav let them copy in railway exams and recruited them into Indian Railways. That is why only those from other states are standing at railway gates”.

Such statements are used to whip up hate against Hindi speaking people in general and states that vote for BJP in particular. Here the logical fallacy that DMK was part of UPA when Lalu was Railway minister is cleverly hidden. Tamil youths are fed such crap even as DMK dallies with Congress and RJD in Delhi in the name of protecting social justice. Similar techniques are used to demonise merit based systems like NEET and other competitive exams.

While DMK had no qualms about hiring Prashant Kishore, a Bihari and a Brahmin at that, to win elections, they spread hatred among Tamils against Biharis for their political benefit. Such hypocrisy should not only be called out but exposed as well to strip DMK of their so-called social justice facade.