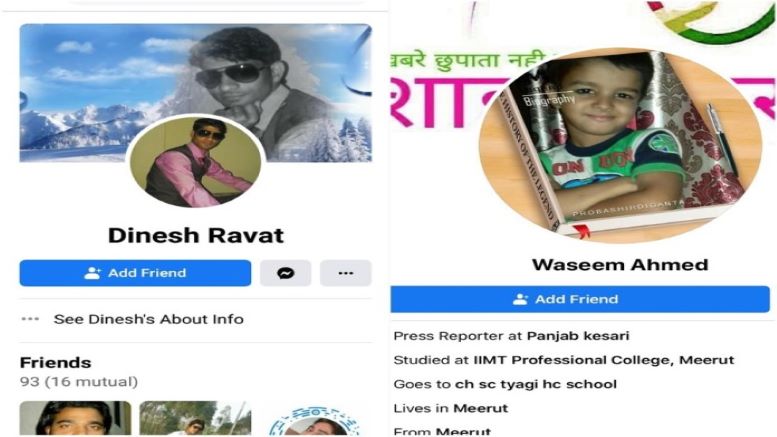 In yet another love jihad case, the Meerut police have arrested a Muslim man for trapping a Hindu woman using a fake Hindu identity only to sexually exploit the woman and make her sexual videos viral reports Swarajya.

In her complaint, the woman has mentioned that Waseem told her his intention was to malign Hindu women online. As per reports, Waseem Ahmed who is a resident of Ajrara village which comes under the jurisdiction of Meerut’s Mundali police station is a 29-year-old married man with two children. He took on the Hindu name ‘Dinesh Kumar Ravat’ and even operated a Facebook account as Dinesh Ravat. However, his voter ID and driving license carry his original name, Waseem Ahmed. Police investigations have also revealed that Waseem used his fake identity to secure a job as nursing staff in a local hospital where he worked as Dinesh for about a year.

On the basis of the woman’s statement, an FIR was filed at the Mundali police station on 6th June. The woman said that Waseem befriended her as Dinesh and invited her to his home one day. He got physical with her and even filmed the sexual act which he later circulated. It was when the woman mooted the topic of their marriage that he revealed his true identity and confessed to having been married with two kids. Further he also remorselessly stated that he cheated the woman because he wanted to ‘teach people like her a lesson’.

Police discovered that his Facebook profile in the name of Waseem states that he works as a reporter with Hindi newspaper Punjab Kesari. However, he could neither produce an I-card backing his claim nor have the police inquired with the newspaper’s office to verify the claim. Videos of his sexual activity with the woman were found on his phone. He even admitted to the police that his intention behind doing so was to ‘shame a Hindu woman on the internet’. He, however, denied being part of any gang and said that he operated alone.

Initially, the police had filed an FIR under IPC sections 376 (rape), 323 (voluntarily causing hurt) and 506 (criminal intimidation). On completion of the investigation, they have filed a second FIR against him which includes sections 419 (cheating by personation) and 420 (cheating), and Section 66 of the Information Technology Act (computer-related offences such as fraud) of the Indian Penal Code (IPC).