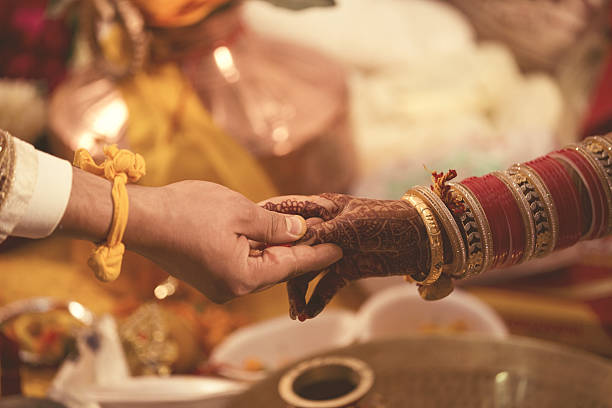 A Hindu man, Kaushik Das, and his Muslim wife, Sabrina Khatun, are in big trouble after their love marriage. After the woman’s family started threatening them, they approached West Bengal police for security. But they allege that instead of providing them security, West Bengal Police suggested the couple to leave the state and go to either Gujarat, Gaya in Bihar or Kashi in Uttar Pradesh. The incident has occurred in Jangipara police station area under Hooghly district of West Bengal, Bengali language daily newspaper “Anandabazar Patrika” has reported.

The helpless Hindu man-Muslim woman couple then met Minister of State for Women & Child Welfare and Social Welfare of West Bengal, Dr. Shashi Panja via some of their well-wishers in this connection. Sabrina Khatun has claimed in her letter to the state minister that OC (Officer in Charge) of Jangipara police station had suggested them to leave the state, in the presence of the panchayat (village council) chief.

The OC denied the allegation & said “we can’t be their guards without a court order. That’s what I said.” But Sabrina Khatun claimed “Police is only working under lure of money or pressure from political leaders. They are also suggesting us to go to Nabanna (West Bengal chief minister’s office), they are saying that they will not be able to handle the situation.”

Sabrina Khatun claimed that her paternal family was threatening them, but her father Sheikh Jamaluddin denied the allegation. Sabrina Khatun also informed police that one of her Trinamool Congress (TMC) activist cousins, a close aide of TMC leader and former state minister for Agriculture of West Bengal, Becharam Manna, was pressurizing her.

Local panchayat (village council) chief said “Many people are feeling disturbed with the marriage. Becharam Manna also made a phone call to me in this connection.” Becharam Manna said to Anandabazar Patrika, “They are local voters. So I inquired”.

An anxious Kaushik Das said, “My private bank job in Bardhaman is in a deep crisis due to lack of safety. My office hasn’t accepted my transfer request”. Minister of State Dr. Shashi Panja has however assured to take proper steps. Some social organisations in West Bengal have also condemned the role of police in this matter.