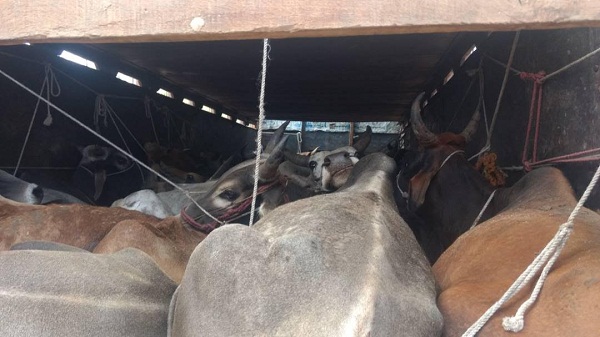 In a devoted effort to control cattle smuggling, the Vishwa Hindu parishad (VHP) and police force of Amravati district in Maharashtra, have foiled more than 10 attempts of cattle trafficking this month and rescued more than 500 cows, buffaloes and oxen/ bulls, who were stuffed cruelly into trucks and cars flouting all norms of animal transportation.

The last trafficking attempt caught in middle of the night (around 3 am) on 24th May was the biggest wherein 7 trucks and 1 swift car were trying to traffic around 140 cattle, mostly buffaloes. The information that this level of trafficking was taking place, was passed on to the police by VHP  head Shri Vijay Sharma. The IPS officer Krishna Yadav caught the fleet of trucks himself and 20 people / drivers were arrested. The incident was widely covered by Marathi & Hindi news : 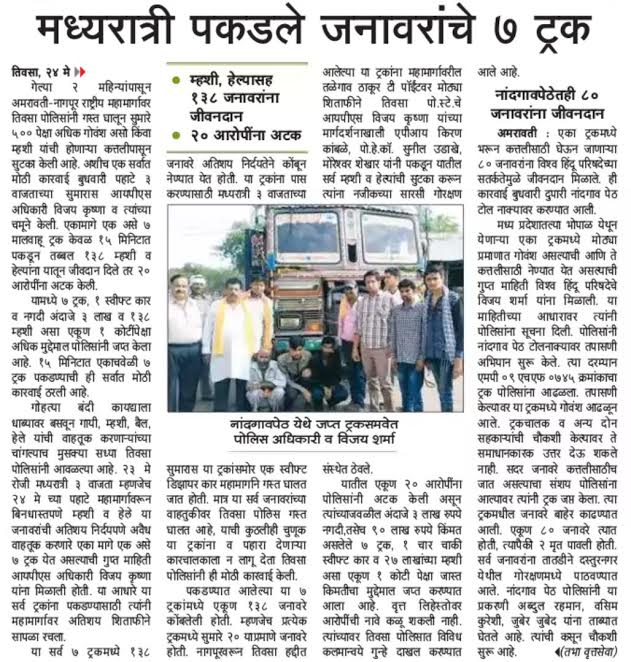 Just within 24 hours prior to this incident, the VHP had informed police and caught 2 other cases of cattle trafficking and rescued at least 100 cows / oxen. The first incident was of a truck which was coming from Madhya Pradesh and hit a Tata Sumo in Amravati injuring 2 people. About 40 cows / oxen were badly stuffed in that truck which were untied and taken out by VHP volunteers. 4 cattle were severely injured and 1 was found dead because their limbs were badly tied up. Most cattle were stuffed like sacks in the truck, and tied through their nose and limbs, causing their limbs to twist / break. 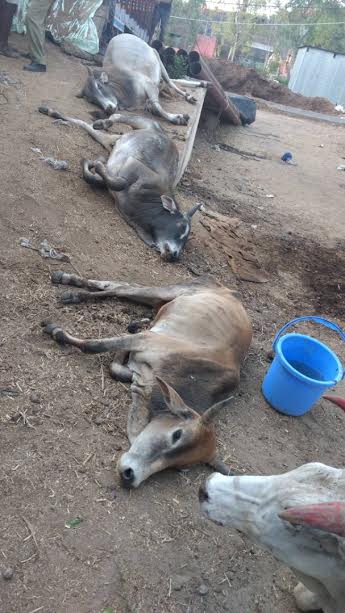 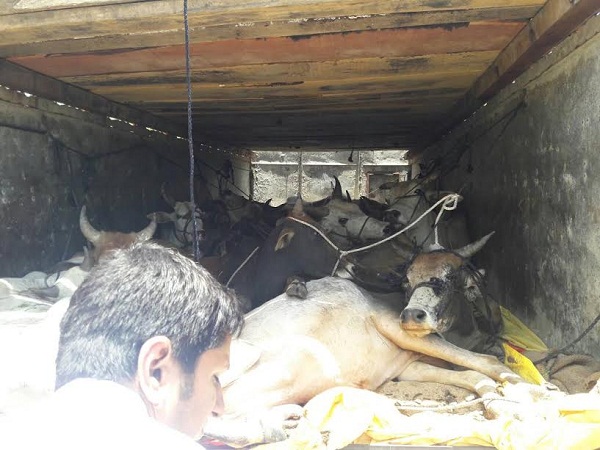 The other incident was also of a truck coming from Madhya Pradesh, Bhopal, carrying 80 cattle / cows. Couple of cows were again found dead because of being stuffed cruelly into the truck. The truck had crossed 10 police posts before getting caught. The VHP volunteers untied the cattle and unloaded them, tried to help the injured cattle. It took the volunteers many hours to untie and take out the cattle.  3 people were arrested from the truck – Abdul Rehman, Waseem Qureshi and Zuber Mohammed. 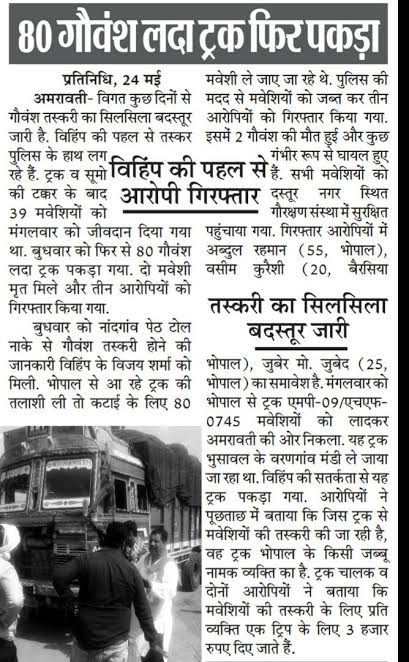 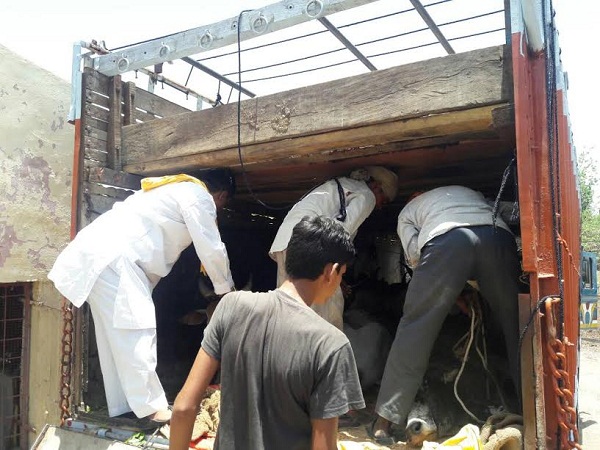 VHP head Shri Vijay Sharma said, ‘Cattle trafficking and illegal slaughter are so rampant but people are busy protesting against change in cattle sale rules. We, along with police have rescued over 500 cattle in less than one month.  Section 34 of the IPC should also be added in these cases, which will enable all parties involved to face same consequences, not just drivers and truck owners. Cattle trafficking generates millions of black money and we don’t know how and where it gets used.’

(We thank Shri Vijay Sharma and Karan Sharma for speaking to us).