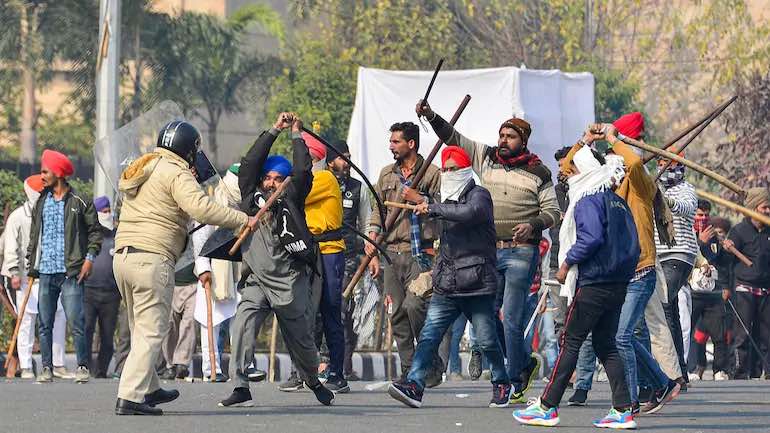 The Delhi police has listed 30 vehicles including tractors in an FIR against those who violated the route permission and said a manhunt to arrest their owners had begun. According to police the vehicles violated the route permission and their occupants started rioting and made murderous attacks on police personnel deployed on official duty on January 26.

The police said that the protesters snatched pistols, ammunition and even gas guns from the police personnel on duty.

The Delhi police departments like Crime Branch and Special Cell have started collecting evidence against the violent protesters and those named in the FIR through video and CCTV footage captured on January 26 when violence broke out as the tractor rally of the farmers broke through into the national capital.

The police have now started collecting video recordings made by the police staff on the day of the protest as well as other mobile cameras and footage that was aired on TV to get visual evidence against the violent protesters.

The case against them was registered under various sections of the Indian Penal Code including 147, 148 (related to rioting), 120B (criminal conspiracy) and 307 (attempt to murder). A ‘Look Out Circular’ has also been issued against the farmer leaders.

According to official figures, 394 policemen were injured in the violence. Most of them are hospitalised while some are in the ICU. More than 25 criminal cases have been registered, 19 people have been arrested and as many as 50 protesters detained.

And now the Special Cell of Delhi Police has taken over the investigation into the violence that broke out in the national capital on R-Day and slapped the stringent Unlawful Activities (Prevention) Act on the rioters, besides invoking sections of the IPC dealing with sedition.

“The Special Cell is investigating the conspiracy and the criminal design behind the unfortunate events that unfolded on January 26. A criminal case has been registered and is being investigated under the provisions of the UAPA and sections of the Indian Penal Code dealing with sedition,” said a statement issued by the Delhi Police.

The Special Cell is also probing the role of foreign organisations and individuals in the violence.