Temples to be freed from government control, Karnataka CM announces during budget speech 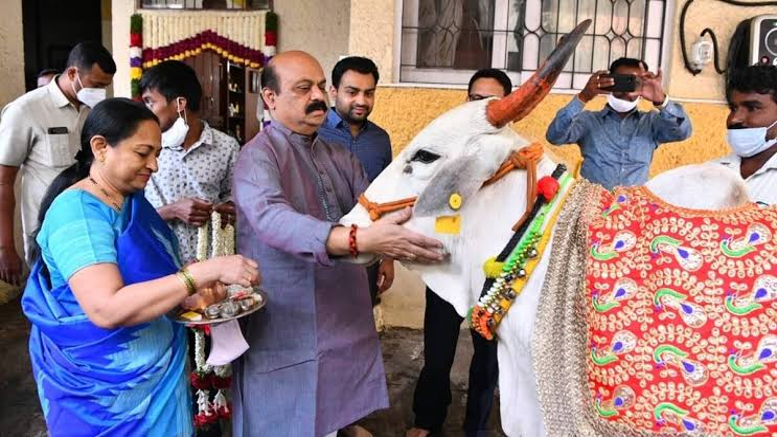 In a welcome move the BJP government in Karnataka has announced in the budget session that temples under government control will be freed. Last year Karnataka CM Basavaraj Bommai had assured that his government will pass a law to free temples from government control. Freeing temples has been one of the longstanding demands of Hindus in Karnataka and elsewhere which the CM acknowledged in his speech.

Last year in December CM Bommai had told in a BJP executive meeting that his government will bring a law to free temples from government control before the budget session. Even though it does not entirely favoring Hindus, the BJP government in Karnataka has atleast been listening to the plights of Hindus and correcting its course at times. In the temple demolition issue, after it was brought to notice that 100 year old temples were demolished with impunity while churches and mosques were left untouched.

Mysuru MP Pratap Simha had directly taken it to the CM who then ordered for the demolition drive to be stopped immediately. So Hindus have been hopefully waiting for him to fulfill his promise of freeing temples from government control as well. While announcing the government’s intention to free the temples from Muzrai department’s control is a welcome move, it cannot be denied that it comes as a disappointment as despite promising to pass a law before the budget session to make it a reality, Bommai has merely repeated his promise from BJP executive meeting.

TOI reported that neither the Muzrai department nor the law department knew about the announcement and both said that it was only an idea at that stage. Shockingly, a BJP functionary said, “the statement came out of nowhere. Whether it is possible is something we are yet to understand” if TOI report is to be believed. Freeing temples from government control would mean a loss of Rs.650 crore annually, TOI further reported.

While it is a victory to the pujaris, the Badrinath-Kedarnath temple committee, which manages the other temples, continues to be represented only by politicians with no representation of pujaris. It is hoped that at least the Karnataka government will fulfill the demand of Hindus and free temples from government control in true sense.