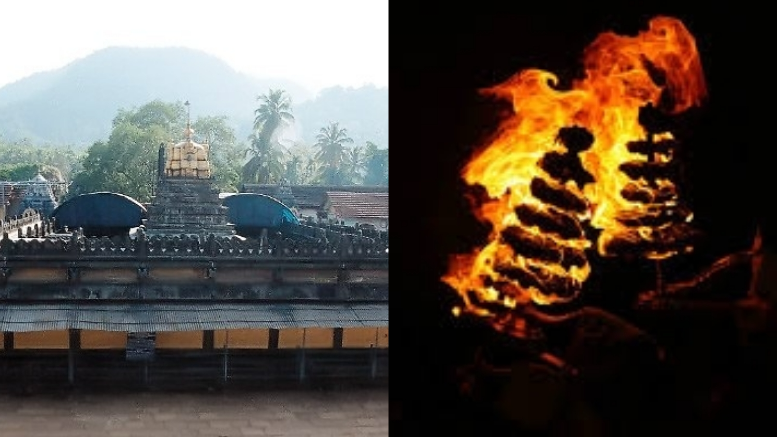 Pujaris and care takers of Melkote Sri Cheluvanarayana Swamy temple have asked the Karnataka Muzrai department to stop the practice of ‘Salaam Arathi’. It was supposedly started when Tipu Sultan visited the temple and continues till day. But historians say that there is no definitive proof of Tipu visiting the temple in the specific period.

As a part of the Maha Mangalarthi performed in front of the Rajagopura in the evening, two torches are lit and two people holding them bow their head thrice. Allegedly the ‘Salaam Arathi’ practice acquired the name as it is similar to Salaam done by Muslims. The Sthaniks(care takers) of Melkote Sri Cheluvanarayana Swamy temple have submitted a memorandum to the Additional DC to stop the practice that came to be followed only 200 years ago.

The memorandum said, “Sandhyarathi (evening puja) was being performed at the temple for over a thousand years. Along with this, ‘Salaam Arathi’ was implemented during Tipu’s regime. It should be suspended and only ‘Sandyarathi’ should be conducted”. A few days ago VHP had urged the Kollur Mookambika temple which also follows the same practice to drop it. However the pujari of Kollur temple issued a clarification saying it is part of the Pradosha Puja and gained the name Salaam Arathi because of the hearsay that Tipu took part in the puja and offered Salaam.

Speaking to the media he said, According to Karuna Karunike, King Tipu took part in the pooja. He had offered Salaam during Pradosha Pooja. So Karunakarunika became a tradition. But there is no record for this belief. This is a hearsay. But the pooja which is called Pradosha Pooja or Pradosha Mangalarati has its own religious importance. This is followed from early days till now. During the pooja, prayer is offered for the well being of the country. It is said that Tipu had participated in this pooja. That is why the pooja might have got the name after him”.

It is claimed that Tipu Sultan visited the temple of the Goddess Mookambika here sometime during 1765—1795 and offered prayers. A Kannada daily Vijaya Karnataka had written that since his visit “an arathi named Salaam Arathi is offered every day to the main deity between 8.00—8.15 pm”. Author Sandeep Balakrishna had rebutted these claims in an India Facts article. He clarified that no written historical records exist to prove that this practice owes its origin to Tipu and that it could not have been possible for Tipu to visit the temple in the given period.