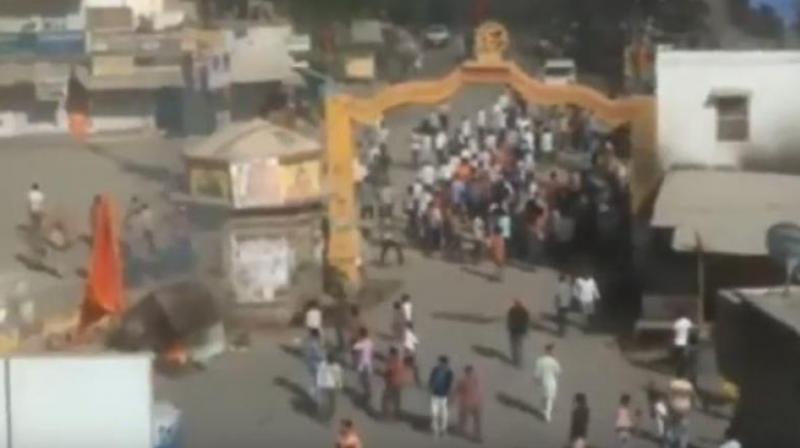 Deccan Chronicle has reported that six vehicles and some shops were set ablaze, and that Section 144 CrPC has been imposed in the area to keep the situation under control.

This escalated to violence and arson in the town and about half-a-dozen vehicles, including passenger buses, shops and a small mall, were set ablaze, they added. Police swung into action soon and dispersed the stone-pelting mob by arresting some people from the two sides.

Dainik Bhaskar has reported that when the stone pelting first happened, police tried to use light force to disperse the Muslim miscreants, who then turned on the police injuring Jaitaran police station in-charge Bhanwarlal Patel and others.

Around 24 people were arrested during Sunday morning raids by the police. Situation was calm, but tense on Sunday although curfew was still in place in affected areas. Police has also used drones to detect stockpiles of stones on rooftops.

Over the past week or so, Ram Navami processions have been attacked in numerous locations in Bengal, Bihar, Telangana, Gujarat. Stone pelting and other attacks on Hindu religious processions is an annual exercise which is repeated across the country. The attacks are too numerous to track, but a partial listing can be seen here.