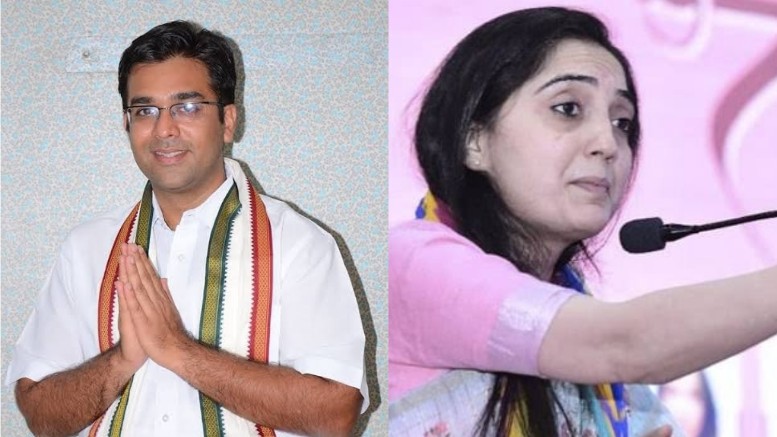 A Congress leader from Tamil Nadu has abused the Brahmin community by indirectly calling them cowardly. But when he was questioned by his own party sympathizers, he claimed it to be a “play on words” and tried to brush aside the issue.

Rangarajan Mohan Kumaramangalam, President of the Tamil Nadu unit of the All India Professional Congress commented that the Sharma community is a ‘shy lot’ while tweeting about Nupur Sharma who has been fearing for her safety since she quoted Islamic scriptures about Mohammed and Ayisha. He tweeted “First Komal Sharma and now Nupur Sharma. These Sharmas are a shy lot os is RSS now Rescue Sharmas Sangh?”.

He implied that the Brahmin community is cowardly and hence Nupur Sharma is hiding. Even Congress supporters took offense to this comment and questioned Kumaramangalam. But the latter cleverly tried to brush it aside by claiming it to be a “play on words”. Kumaramangalam is a Kongu Vellalar, a landed caste, and from an elite family. While he likes to claim that he doesn’t like using identities such as Dravidian, Hindu, or Gounder, his website boasts that he hails from an illustrious family once known as ‘Zamindars of Kumaramangalam’.

Nominated by the British Raj, Kumaramangalam’s great grandfather Subbarayan served as the CM of the Madras presidency. His paternal grandfather,  Mohan Kumaramangalam, was in the Communist party and was a union cabinet minister. Ironically, his paternal grandmother Kalyani Mukherjee was from a Brahmin family. But Kumaramanagalam’s Dravidian affiliation would not stop him from abusing the community to please his Dravidian allies.

Unfortunately, even though the low-rung cadres were outraged by Kumaramangalam’s tweet deriding Brahmins, Jairam Ramesh, a Tamil Brahmin shamelessly retweeted it. It is to be noted that Kumaramangalam encourages Dravidianists who hurl vile abuses at the Brahmin community even when unprovoked. He often interacts with and admitted to liking and following the work of Savukku Shankar, a self-acclaimed investigative journalist but a rabid anti-Brahmin troll in reality.