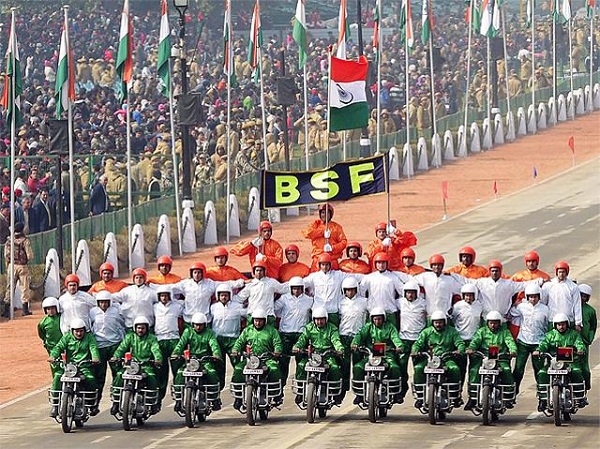 When the apex court of Bharat i.e. the Supreme Court finally announced restrictions on the height of human pyramids and the age of youngsters participating in the ‘dahi handi’ celebrations which happen on the festival of ‘Janmashtami’, many youngsters and ‘govinda’ groups in Maharashtra were not only disappointed, but they celebrated the festival with black flags as a mark of protest. This happened in August 2016 just before the arrival of this festival which is celebrated fondly through out Bharat marking the birth of lord Krishna. The Supreme Court restricted the height of human pyramids to 20 feet and barred participation of youngsters under 18 years of age. The tradition of breaking the ‘matki’ or the pot is more prevalent in Maharashtra and youngsters wait and practice for an entire year to celebrate Janmashtami will full fervor by making human pyramids and stealing/ breaking the curd pot hung at a height imitating the young Krishna.

While an average believing Hindu has not yet recovered from the disappointment caused by the ‘selective’ interference by our judicial system in the traditional Hindu sports area, feelings of anger have again surfaced among politically aware Hindus on seeing the internet full of awe and praise for the ‘26th Human Towers Competition‘ just held in Catalonia region of Spain.

One of the news pieces on this competition that just happened in Tarragona town of Spain says :

“Incredible photographs show thousands of people competing to build the tallest human tower in a traditional contest in Spain.

The Concurs de Castells is a biennial event held in Tarragona, north-east Spain, that sees teams of up to 500 people form impressive towers, known as castells, that are up to 10 tiers high.

The tradition dates back to the 18th century in the Catalonia region and is believed to originate from the human towers built by dance groups.

Stunning aerial shots show the riot of colour on display at the contest, with competitors in the same team wearing the same colour.

Each team, which includes children, carefully builds its towers with their strongest and heaviest members interlocking their arms at the bottom. Meanwhile, the lightest make a dangerous ascent to the top.”

Lets look at some of the images of ‘Human Towers Competition’ recently held in Spain :

How is an average believing Hindu, who is proud of a more than 2000 year old tradition of dahi handi human towers, supposed to feel on seeing the above images and knowing that UNESCO included ‘castells’ in its list of intangible heritage but not ‘dahi handi pyramids’. It may be noted that a dahi handi human tower made it into Guinness Book of World Records in 2012 for making the tallest human tower beating the previous record held by Spain. The boys from Jai Jawan Govinda Pathak created history by forming a human pyramid that was 43.79 ft tall, rivaling the height of a five-storey building, in 2012.

But it seems that UNESCO has not added ‘dahi handi human towers’ even after its entry in the Guinness Book of World Records. On the contrary, it is getting difficult to uphold and maintain the Hindu cultural heritage in even our own country. Yes, there have been safety issues as there are in every single sport. There have been injuries as there are in every single sport. Is the human tower competition in Spain free of injuries? No. In fact, in 2006, a 12 year old Spanish girl died while making a human tower. The news about this tragic accident read :

“Mariona Galindo died of head injuries after falling from a nine-storey human tower at her home town of Mataró, north-east Spain. She had been climbing to the higher levels of the human towers for the past two years. She was reported to have banged her head as she hit people on the bottom level of the tower. Doctors had been battling to save her life for almost two weeks after she was taken to hospital with serious head injuries. She eventually died on Friday. Her death has sparked demands that children involved in the sport be issued with protective helmets.

The castellers, who are often the highlight of local fiestas in the north-eastern region of Catalonia, build towers up to nine stories high made of groups of people standing on one another’s shoulders. Younger, lighter members are positioned higher up the tower, which can reach 10 metres (30ft) tall, with children as young as five years old scrambling to the very top.

Although the towers often collapse, the falls are dampened by the multitude of castellers who gather around their base. Most falls result in bumps and bruises but casteller members insisted that serious injuries were rare.

Jordi Carbonell, head of the Castellers Union, said there had been no fatal accidents since 1983 – when another child died. Apart from that, the only other recorded death was in the 19th century. He described Mariona’s death as “unfortunate and exceptional”.

Lets look at some images of our traditional dahi handi human towers and see if they look too different from this Spanish competition :

So, it can be seen that there really is no difference between celebrations in Bharat and in Spain. Only that this tradition is much older in Bharat and is related to the beliefs of majority religion here i.e. the ‘Hindu Dharma’. In fact, making complex short human towers as a body balancing and control exercise is a part of Bhartiya Republic Day parade. In many schools across the country, making short human pyramids is a compulsory part of sports day presentation. Students are trained with appropriate safety measures for the same.

Lets look at this tradition in our Republic Day parade :

Making human pyramids is a traditional art of Bharat. One has to see to believe it. Students of a school for blind in Mumbai showcased exemplary body control and balance while making a complex human pyramid displaying the art of ‘Mallakhamb’ :

The judicial courts of Bharat should have asked the involved parties to adopt more safety measures instead of putting restrictions on this tradition of making human towers. This is perceived as a selective and direct attack on the culture of practicing Hindus.

The featured image is a symbolic representation of the tradition of making human pyramids in Bharat. (Featured Image Credit : prajatimes.com).

(We shall be covering the details of the cases / petitions filed with regard to dahi handi festival celebrations in another article).