Another Muslim-Dalit Riot in UP, this time in Azamgarh 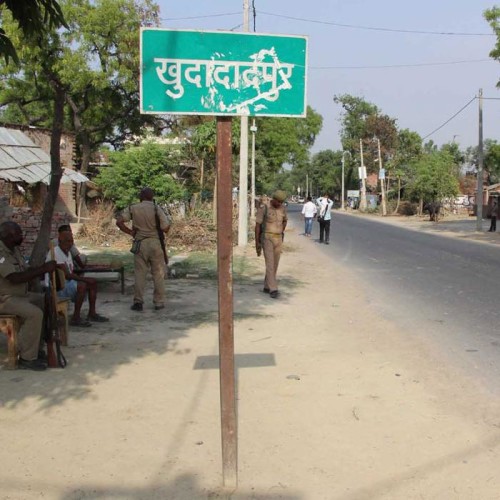 Tension erupted in Nizamabad area of Azamgarh, UP after Muslims and Hindu Dalits clashed in Khudadadpur village on the night of 14th May. The violence, which continued till the next morning and later spread to neighboring areas, left many people, including police officers, badly injured. The entire area is still tense and heavy police and RAF (Rapid Action Force) presence is in place. The sequence of events, as sourced from UP based newspapers, is as follows –

Locals in the entire area, especially the weaker Hindu Dalit community is living in extreme fear, and many have fled to relatives’ in other places – life is even tougher for day laborers who are unable to find any work.

The opposition BJP has slammed the UP government as it had failed to prevent frequent attacks on the Dalit community. UP state BJP president Keshav Prasad Maurya has expressed serious concern at the rioting and formed a 6 member fact finding team to assess the situation in Azamgarh – however, UP administration has not given them permission to visit. BJP MP Neelam Sonkar was turned away by the police when she tried to visit the affected areas, and a case has been filed against her and other BJP workers.

Police have filed 17 separate cases for the rioting which originated at Khudadadpur and spread to nearby areas, accusing 1579 people in all – charges against them include communal rioting, assault, looting, arson, blocking roads.

On Friday morning, police arrested 5 people from Khudadadpur who were involved in the initial dispute that sparked the entire chain of events: Zorar and his 3 sons – Danish, Mohammed Arshad, Sheraz, and Musafir Ram. It is still not clear why Musafir Ram was arrested as he was the one who’s house was totally destroyed in the attack on 14th May; also, he had filed a police complaint on 3rd May itself against Danish..but this complaint was ignored by police.

In February, one Hindu was killed in a clash between Muslims and Hindu Dalits in Saharanpur (Western UP) district. This earlier article on HinduPost explains what is causing this surge of communal rioting in UP, and how the vulnerable Hindu population of the state is at risk due to the appeasement of radical Islamist elements by the current SP Government. And true to their ‘secular’ colors, our English language media will downplay this riot in Azamgarh, because unlike Dadri, neither the victim nor the perpetrator in this case fits their narrative.