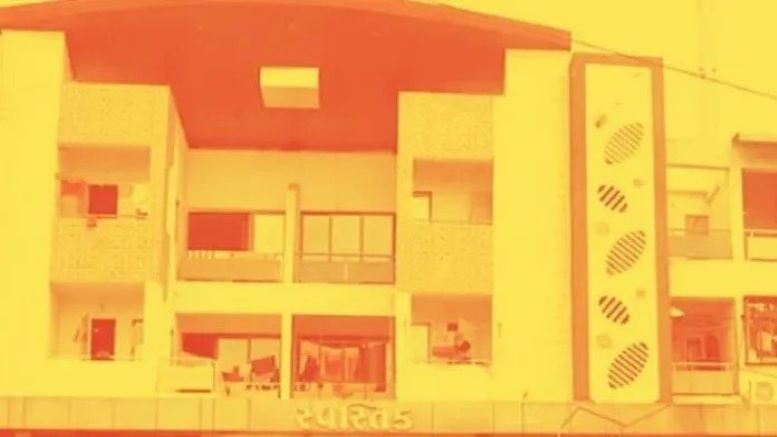 Reporting on the issue, OpIndia notes:

The residents of Satvik Complex in front of Rajaram Aveda have alleged that a mob of 100-150 Muslim men arrived at night to threaten them to sell their flats or face the consequences for not budging. The mob allegedly threatened the residents that they know everything about the occupations of each of them and they will have to pay the price if they are not ready to sell their houses. As reported by DeshGujarat, the mob has given an ultimatum to the residents to get convinced for selling their flats, or else be ready to face dire consequences.

According to some, a residential scheme in the vicinity which is under construction has taken bookings from only Muslim owners. Approval for the scheme is subject to the relocation of these residents. Some residents have alleged the role of local BJP leader trying to mediate between the owners to sell their flats. Reportedly, he has told some residents that this is an ideal deal and that they will never get such high prices for the flats which are being offered to them. He has told the residents that life will become more difficult after Muslims start living in the residential scheme next to the society, the construction of which is underway.

Under repeated threats, it has become difficult for the flat owners in the Satvik complex to live in peace. Some organisations have also demanded the authorities to enforce the Unrest act to maintain communal harmony in the city.

Available information suggests that the area was to be brought under the purview of the Disturbed Areas Act but the file is stuck reportedly due to the local BJP MLA’s inaction. It has come to light that the relevant file has already been sent to the District Collector long back along with the suggestions and remarks by the MLAs but it hasn’t been forwarded to higher authorities for the necessary action.

“Gujarat home minister Harsh Sanghvi has denied any such incident taking place. The minister has stated that the claims of a Muslim mob asking Hindus to leave the area are false and no such incident has taken place”, noted OpIndia.

Disturbed Areas Act prevents demography shift due to the requirement of an elaborate procedure for the transfer of immovable property that includes approval by neighbors to ensure that they don’t feel threatened or unsafe.

Readers may recall a similar incident, of Hindus being forced to sell their properties due to demographic changes, had been reported from Gujarat’s Bharuch. At that time, it had been highlighted that loopholes in the Disturbed Areas Act were being exploited by unscrupulous elements including some who are part of the administration leading to a shift in the demography in some parts of Bharuch.

Reports had also emerged highlighting how Disturbed Areas Act is being circumvented using a Hindu partner to purchase land. In Surat’s Adajan, a Hindu partner was brought in temporarily by a Muslim builder who wanted to obtain permission for constructing a building next to a temple.

The recent incident in Bhavnagar shows yet again how Hindus are being pushed out by Islamists in a so-called saffron state. It also highlights the need for urgency to be shown on the part of the BJP-led state government to put an end to such incidents in addition to ensuring laws such as the Disturbed Areas Act isn’t misused.