The parents of a 15-year-old class 10 student have threatened to immolate themselves if UP police does not recover their daughter who is missing since 16 June. They allege that their daughter has been illegally & forcefully converted to Islam and married to a Muslim youth.

As reported in Hindi daily Amar Ujala, the mother of the girl said that she had lodged a complaint in Baghpat police station against 5 Muslim youth – Wajid, Shahid, Javed, Shabbar, Hasan – for luring and abducting her daughter on 16 June. After police was pressurized, they arrested one of the accused, Shahid, but have failed to arrest the others thus far. The mother said that her minor daughter has been converted to Islam and given the name of Afsha and married to Wajid. She has alleged that the investigator in the case is favouring the accused.

The accused have filed forged documents in High Court, whereas the girl. The parents have also appealed to UP CM Yogi Adityanath.

Baghpat SP Jaiprakash said that police is looking for the accused and the girl will be recovered soon. He denied any knowledge of the girl being converted. District president of Bhagwa Sena, Sunil Chauhan, said that Hindu girls are falling prey to Love Jihad, and appealed to all Hindu girls to beware of such elements.

HinduPost has received credible documents such as school examination admit card and progress report which show the abducted girl’s date of birth as 28.08.2002, which means she is just 15 years old. 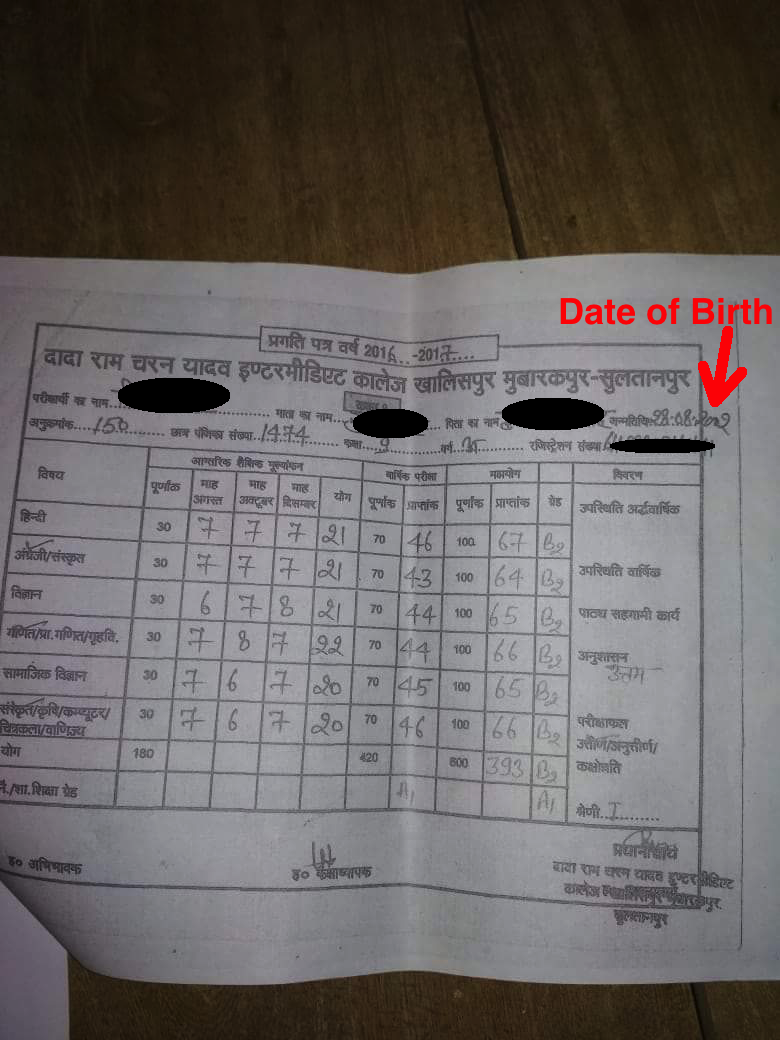 The girl’s conversion & name change declaration (shown below) shows her name as Shahina, not Afsha as reported in Amar Ujala. Also, the declaration claims that the girl is 20 years old (date of birth: 11-01-1998) and belongs to the Thakur caste. The statement says that the girl is ‘very much impressing by the thoughts, beliefs and by the teachings of Islam religion.’ Here is the application submitted by the girl to the UP police claiming that she is an adult and capable of making her own decisions. The application claims that on 18 June 2018 she married 19-year-old Wajid (son of Naseebuddin) as per Muslim tradition and without any undue influence, pressure or threat. She asks police to ignore if her parents file any appeal or case against her ‘husband/in-laws’. It is a crying shame that UP police has failed to act decisively on this matter for 2 months now. If the girl’s school records showing her age as 15 years are true, the accused and whoever else is involved in this racket (maulvi who did conversion & marriage, notary and lawyers who attested fake declarations etc) should be brought to book. Failure to act will only embolden these anti-social elements & push Western UP further to the brink of anarchy. Tackling Love Jihad and the Islamist grooming gangs is the  biggest law & order challenge facing Yogi Adityanath.

(Credit to @ayravata for the news link)