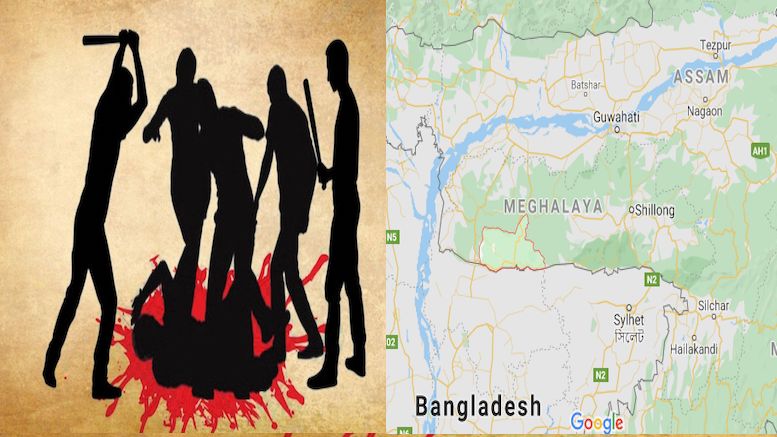 A man, Harun Sheikh (42), accused of raping an 8-year-old girl in Meghalaya’s South Garo Hills district was thrashed to death by the girl’s father and others, reports Indian Express.

Sheikh had allegedly raped the minor girl in the intervening night of August 7 and 8. As per police, the victim’s mother informed her husband of the alleged rape and he, in turn, gathered at least four others and thrashed Sheikh.

“He was injured and police took him to the nearest PHC as soon as possible. But he died,” said P Pandey, SP of South Garo Hills district. “A case has been registered and investigation is on. We have arrested four persons and another is under investigation.”

South Garo Hills district is 94% Christian, and the state of Meghalaya is 75% Christian as per Census 2011.

Lynchings – symptom of a broken system

While one can only imagine the pain and fury which drove the father to take law into his own hands in this case, it again points to the abject failure of the law enforcement & judicial machinery in the country to provide quick and proportionate justice. Cases abound of rape or sexual assault accused getting off on bail or having their sentences commuted, which emboldens them to repeat their crimes.

Tinku Anwar, arrested for rape and blackmail, got out on bail in just 2 months and immediately went on to stab the survivor and her husband in Kota, Rajasthan. Imran raped and murdered a 7-year-old visually impaired child in Delhi after getting out on bail in an earlier case of raping a minor. Out on bail rape accused Mehboob, Jaamil, and others killed the mother of the rape victim in Kanpur.

The sister of the Telangana veterinarian who was gang-raped and murdered near Hyderabad had demanded that law should be amended to ensure that accused in rape cases do not get bail. Atleast, in that case the family got speedy justice after the 4 accused were shot dead in an ‘encounter’ by Telangana police. At the same time, there are also many cases of false rape charges being filed when a relationship goes sour or to avenge some personal dispute – even there, the expectation is that the system work quickly to hand out exemplary punishment to those filing frivolous charges.

When our legal system fails the families of human beings who have been subjected to a brutal crime like rape, is it any surprise that it also fails when it comes to dealing with the dangerous cattle smuggling mafia? What should villagers do if not self-organize to deal with this menace which plagues regions like Mewat-Alwar-Bharatpur? Is it any wonder that the epidemic of lynching, of public and vigilantes taking law into their hands has become so commonplace?

Lynching in NE vs Hindi heartland

If one were to rely solely on the national English-language media, one would get the impression that lynching is unique to the ‘uncouth, lawless’ Hindi-speaking belt of North Bharat. But a quick internet search and scan of regional news outlets shows this is yet another lie peddled by Lutyens’ elites to target the Hindus who typically vote for BJP.

Here are some lynching cases reported from the North East –

Cattle thieves active along the porous Bangladesh border of several North East states are routinely lynched – such cases have been reported from Tripura, Meghalaya, Assam, Manipur.

So the question arises: why do our left-liberal intellectuals and selectavists only get riled up when a cattle smuggler is lynched in North Bharat? Why do campaigns like ‘Award-Wapsi’, ‘Not in my name’, ‘Lynchistan’ disappear when lynchings happen elsewhere in the country? Silence over Palghar sadhus lynchings tells us exactly what drives these motivated protests.

On a side note: while it is indeed true that citizens from the North East face racial stereotyping in other parts of Bharat, it is also equally true that Christian-majority states in the North East have been indoctrinated with religious bigotry, primarily against Hindus, and have high levels of racism and xenophobia. All of us need to introspect.

We citizens need to start looking at issues as they truly are, not as our mass media and left-liberal elites would like us to believe they are. We need total reforms – almost a second Republic with constitutional reforms followed by judicial, police, political, administrative and education reforms to ensure a safe, prosperous and harmonious society where all citizens can live in an atmosphere of mutual respect.