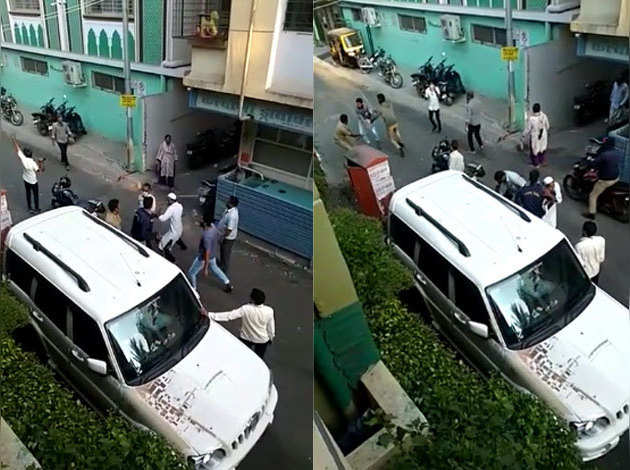 Attacks on police enforcing Covid-19 lockdown in minority-dominated areas continue to pour in from across the country. Three such incidents have come to light from Maharashtra in just the last 48 hours.

In Mumbai, which is ground zero of the pandemic in Bharat with a staggering 5589 cases, around 30 people had gathered near a mosque in the Shivajinagar area in violation of lockdown and curfew order. When police went to disperse the crowd around 7 pm on Sunday, the mob (which included 2 women) hurled stones at them with provocative slogans, reports Loksatta. A member of the mob attacked a police officer with an iron rod. The right wrist of the concerned police officer was injured while evading the attack. Some also damaged government police vehicles. Police have arrested two accused in the case and further action has been initiated.

In Aurangabad, police was pelted with stones in Bidkin village in Aurangabad district of Maharashtra when they went to verify information that 35-40 people have gathered at a mosque to offer prayers. A police official sustained injuries in the incident which occurred around 7:30 pm on Monday. 15 people have been taken into custody.

In Pune, the city & district with the 2nd-highest number of cases in Maharashtra, police received information about people crowding near a fruit vendor in Kalewadi area of Pimpri Chinchwad after the mandated hours and not following social distancing guidelines.

However, instead of paying heed to what the cops said, three people started arguing with the police and attacked cop Shankar Kalkute with a  lathi. One of those who attacked the police was a policeman himself. The three accused have been arrested  – Yunus Attar, his father Mateen Attar (a policeman) and Moeen Attar.