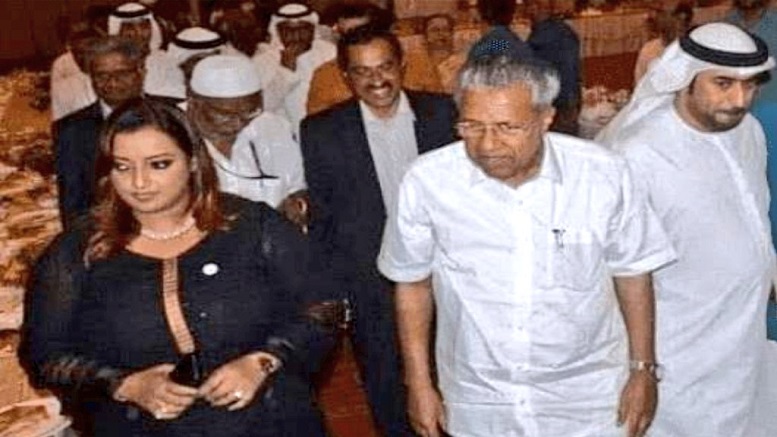 The NIA is investigating the now infamous Kerala gold smuggling case. Ministers in the cabinet, the assembly speaker and the Chief Minister himself have come under the shadow of doubt. The role of Islamists has also come under the scanner in this case. Now there are reports that a retired judge of the Kerala High Court too is involved in the scandal.

NIA has confirmed that a retired judge is now being monitored and has been asked not to leave Ernakulam district. The retired judge is being investigated for receiving foreign funds. Many arrests have been made in the gold smuggling case, that is being handled by the NIA. It is alleged that one such person of interest who is now under arrest is a close relative of the said judge. The person is alleged to have links with gold mafia based out of Kolkata.

Controversial past of the judge

The judge has had a controversial past. In 2017, he was instrumental in providing relief to Pinarayi Vijayan in the SNC Lavalin corruption case. That case is still pending with the Supreme Court.

In July of 2005, the CAG had found that huge losses were suffered by the state exchequer while awarding contracts of the Kerala State Electricity Board (KSEB) to SNC Lavalin. SNC is a Canada based company and contracts were given when Vijayan was the Kerala State Electricity Minister. There were allegations that the judge let off Vijayan even though there was evidence against him.

The nexus between the judge and the CPM became talk of the town after he retired. The judge in question was  appointed as Chairman of the Kerala Real Estate Appellate Tribunal in April of this year. A quid pro quo was alleged in many quarters. It must be noted that during the same period, CPM General Secretary Sitaram Yechury was busy condemning the central government against the nomination of Ex Chief Justice (CJI) Ranjan Gogoi to the Rajya Sabha by the Central Government. Earlier Sitaram had also objected to another Ex CJI P Sathasivam being appointed as Governor of Kerala in 2014.

The said judge has a history of involvement in many high profile cases. There were accusations that he personally wanted certain cases to be posted to his court. Allegedly, his leniency towards corrupt officials and ministers does not stop with the CPM. He has allegedly helped both the Congress leaders and the local IUML leaders in the past.

For example, the Palarivattom flyover scam, involving top government officials and the Public Works Department (PWD) handled by the Indian Union Muslim League (IUML) during the last UDF tenure was apparently asked to be transferred to his court. Ultimately T O Siraj Mohammed IAS a main accused in the case was released on bail even though a vigilance court had earlier on specifically denied him bail fearing tampering of evidence.

Another case relates to former Chief Minister Oomman Chandy who led the govt of the Indian National Congress (INC) in Kerala . Many INC leaders were accused by Saritha Nair, a local business woman of fraud. She had also alleged sexual harassment against a few leaders in what has come to be known as the Solar Scam case. Here again this same judge suspended a Vigilance court order to register an FIR against Chandy. This irked the Association of Judicial Officers of the state who passed a resolution against the said High Court judge for personal remarks made against the Vigilance Court Judge.

Muhammad Ali, another accused and arrested last week for his role in the gold smuggling network, has a history of violence. He was arrested in July 2010 for his involvement in the chopping the hand of a professor at Thodupuzha in Idukki district. The popular Front of India (PFI) had  alleged that the professor published blasphemous content and  members of PFI were allegedly behind that attack. Muhammad Ali was acquitted in 2015 due to lack of evidence.  Kerala state president of the PFI, C P Mohammad Bashir denied that Ali is associated with PFI.

The National Investigation Agency is already probing a terror angle in this case. There is a possibility that the gold smuggled was used to finance Islamic terror activities in Bharat.  It is to be noted that PFI is known to be an extremist organisation and even the recent anti-CAA protests and Delhi riots were allegedly financed by the organisation from its head office in Shaheen Bagh. Indeed, activities of PFI have also been under the lens of UP police in the recent anti-CAA riots. Its political arm, SDPI is alleged to have been involved in the Bengaluru riots.

The revelations in Kerala gold smuggling case point to a nexus between Islamists, corrupt judiciary and dominant political parties of Kerala. It is to be hoped that the investigations of NIA will clear the cobwebs of confusion and hopefully people of Kerala would know the reality of these allegations.