Is this the Congress Way of Supporting Free Speech? 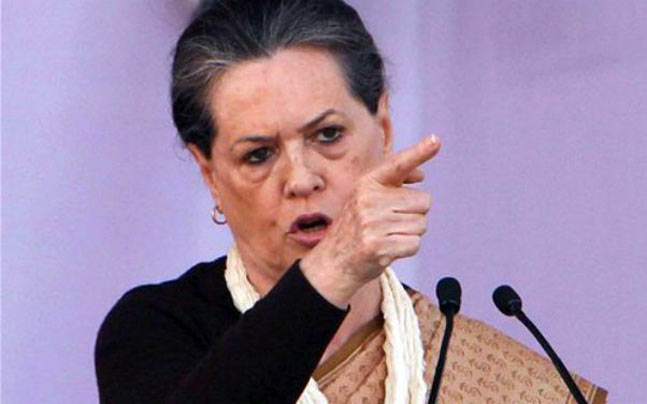 Sonia Gandhi and her motley crew of Congressis have over the last 18 months been complaining to whoever will lend them an ear, that the present NDA Government is fascist, dictatorial and out to suppress dissent and freedom of expression (FoE). Here are a few samples of the kind of invective that Sonia, her son, and their loyal henchmen have used for PM Modi or RSS in the recent past –

If one were new to Bharat, they would end up believing that Sonia Gandhi & her Congress party are true defenders of free speech in this country. But those with some knowledge of this country and its polity know that double-speak & hypocrisy are core characteristics of the post-independence Congress. Hence it comes as no surprise that the Congress has filed FIRs against two individuals who dared to question the one true God of the dynasty led Congress – Jawaharlal Nehru.

This no Congi fringe, it’s IITian Jairam Ramesh who files an FIR for an innocuous comment against god Nehru. pic.twitter.com/xf8517ATxg

As per this news report,

“The Congress has lodged an FIR against two persons who had allegedly made derogatory remarks against Jawaharlal Nehru in the visitors’ book at the Netaji Birthplace museum here (Cuttack).

Confirming that a named FIR had been lodged against two visitors by Cuttack district unit of Congress, Darghabazar police station Internal Investigation Command (IIC) Anil Kumar Beuria said today, “We have registered a case under section 292(a) of IPC for publicly speaking ill of somebody using obscene language and have started investigation.”

“Since the museum was closed on the day, we could not verify the visitors’ book,” Beuria said, adding that the CCTV footage would also be verified to ascertain details. Using offensive language against Nehru, one of the two visitors in his remarks on Sunday afternoon said, “Netaji could not get his due recognition because of Nehru.“

The visitor, accompanied by a woman, then urged Prime Minister Narendra Modi to declassify all the files related to the disappearance of Netaji and went on signing his name, his postal address, E mail ID and telephone number below his remarks. The two visitors were from Bhubaneswar according to the address given, police said.

Incidentally, the comments caught the attention of visiting senior Congress leader and former Union Minister Jairam Ramesh shortly afterwards on the same day and he took strong exception to the “distasteful” language used against Nehru, the freedom fighter and the first Prime Minister. Ramesh read the comments while signing the visitors’ book after going round the museum on Sunday evening, Congress sources said here.”

It is still not clear what was so ‘offensive’ about what was written in the visitor’s log book that enraged Jairam Ramesh so much that he had to resort to such legal bullying? The recently declassified Bose files show that there is substantial evidence to indicate that Nehru had written a letter to then British PM Clement Attlee referring to Bose as ‘war criminal’. Moreover, Nehru’s vindictive approach towards demeaning the legacy of Bose are common knowledge. So what exactly is the Congress grouse if some citizen of Bharat values Bose’s contributions to the nation higher than Nehru?

Congress should learn from Hindutva adherents – we don’t expect half-read, ignorant 44 year olds like Rahul Gandhi to understand the visionary thinking  & sacrifices of men like Savarkar, hence we ignore his stupid rantings and mocking of the freedom fighter on the floor of Parliament. Now, that is true freedom of speech – that even a wastrel like Rahul Gandhi can mouth anything he wants for Savarkar, a man who had achieved more by age 30 than Rahul Gandhi can hope to achieve in his entire life! 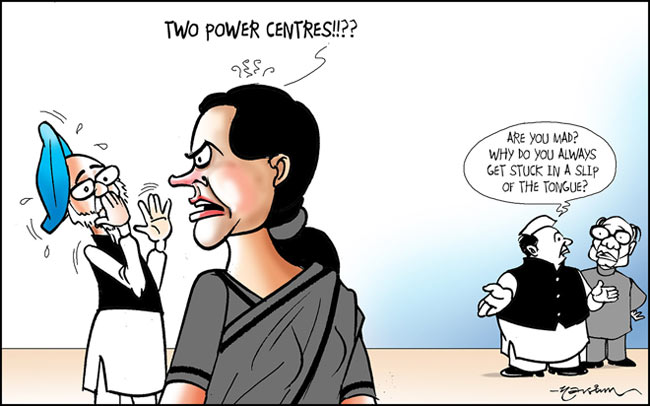 This article by S Gurumurthy truly captures the dictatorial mindset of Sonia Gandhi who oozes contempt for this country, it’s institutions, its people and its history –

“Compare how the ‘democratic’ Sonia behaved after the National Herald case caught up with her, her son and her family loyalists. Here is the National Herald case in brief. In November 2012, Dr Subramanian Swamy exposed how Sonia Gandhi and Rahul Gandhi have grabbed properties of National Herald worth thousands of crores through a convoluted criminal strategy. After that, this newspaper carried a detailed article, National Herald Affair: It’s Fraud All The Way (TNIE, November 8, 2012), explaining the fraud. In January 2013, Dr Swamy filed a criminal complaint against Sonia, her son and family loyalists, including Motilal Vohra, the Congress party treasurer, charging them with conspiracy, fraud, cheating, and criminal breach of trust to rob the shareholders and the public of thousands of crores.

All this happened when the UPA was in power. Rahul Gandhi threatened to file a defamation suit against Dr Swamy. Swamy challenged him but Rahul ran away. In June 2014, a Delhi criminal court took cognisance of the offence and issued summons. Forthwith, Sonia Gandhi and other five accused, including Rahul, filed petitions in the Delhi High Court to quash the criminal proceedings. They kept delaying the hearing till they thought they got the judge they felt comfortable with. One judge recused himself and so did the next. The matter went to the third judge, who Sonia and her co-accused did not like, and he too recused himself. All the accused petitioned to have the matter heard by the second judge who had recused himself earlier. The case was posted before the very judge, who Sonia and her co-accused felt comfortable with. It is that very same judge, who decided on December 7, 2015 that the lower court has rightly ordered their trial and summoned them, and asked them to appear before the metropolitan magistrate. Still, hell broke loose. The very next day the Congress president was seen instigating her MPs to stall Parliament. When the Speaker asked them why were they disturbing the House, they shouted they saw in the National Herald case “political vendetta” and “democracy in danger”. When the Speaker asked them to spell out what they want and offered to allow them to raise the issue and speak in the House, they ran away from speaking in the House. Obviously, they only had instructions to stall the House. The same theatrics were repeated in the Rajya Sabha. Not that they did not talk in the House. They couldn’t.”

Other instances which reveal the way Sonia led UPA subverted Bharat’s institutions and well-established norms are:

At a personal level too, Sonia’s intransigence and intolerance for free speech and criticism is exemplified by the below cases, which barely made it to the national news cycle –

One cannot hope that Lutyens media, especially English language press, and our compromised intelligentsia will inform common citizens about these fascist traits embedded deep within the Congress eco-system, so it is incumbent on each one of us to spread these facts far and wide. Let truth alone prevail, not untruth.
Disclaimer: This article represents the opinions of the Author, and the Author is responsible for ensuring the factual veracity of the content. HinduPost is not responsible for the accuracy, completeness, suitability, or validity of any information, contained herein.