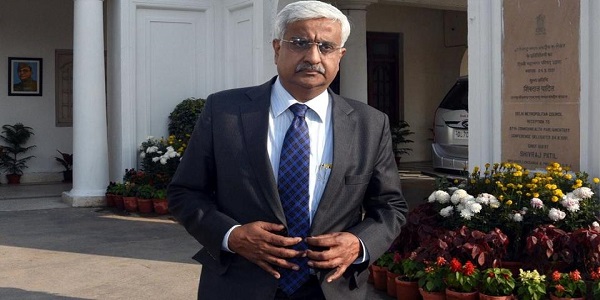 In a detailed statement, The IAS Officers Association IAS has strongly condemned the incident and called on the Lt. Governor and the Govt. of Bharat to take action against the perpetrators.

The official statement released by the IAS Association:

The IAS, DANICS and DASS Associations, representing the officers of the Government of NCT Delhi, strongly condemn and protest the physical assault by the MLAs on the Chief Secretary, Delhi at midnight on 20.2.18 in the CM’s residence/Camp office at Flag Staff road in the presence and with the consent of the Hon’ble CM and Deputy CM. The appalling and shocking physical assault meted out to the Head of the Administration of Delhi, in the form of blows on the head, amounting to the threat to life and physical safety is deplorable.

This incident is the culmination of a series of incidents of officers being subjected to verbal abuse and intimidation by political authorities from time to time. All these incidents tend to lead to impairment of the effective functioning of the bureaucracy in free and impartial manner. In view of the above, the Associations have, in the past, repeatedly urged the political executive to allow the officials to discharge their official duties professionally.

The Associations strongly feel that the above incident amounts to a functional crisis and breakdown of governance and earnestly implore the Hon’ble Lt. Governor and the Govt. of India to take expeditious action against the perpetrators of the unfortunate incident.

The Associations also strongly condemn the misinformation being spread by public representatives about the facts and circumstances of the incident.

In public interest, the officers and staff will continue to work in their offices. However, no officers will attend a meeting beyond office hours, outside office premises, including camp offices/ residences of ministers, till such time the effective action is taken against all the people behind the incident of 20.02.18.