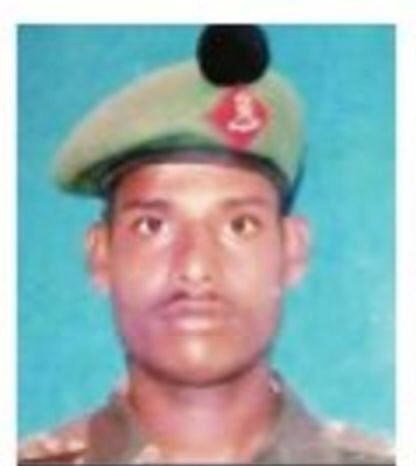 Everyone in Bharat is celebrating the survival against all odds story of Lance Naik Hanamanthappa Koppad, who survived being buried under 35 feet of ice at 20,500 feet at the Siachen glacier after an avalanche struck his post on February 3 morning.

Lance Naik Hanamanthappa Koppad (33), named after Lord Hanuman by his poor family hailing from Karnataka, doggedly clung to life when almost all had lost hope. Now it appears that his disciplined yoga practice played a key role in his incredible survival story. As this media report says,

“With 13 years in service, miracle man Lance Naik Hanamanthappa is being described as a deeply religious soldier who was also a practitioner of yoga.”We have been told he used to not only practice yoga himself but also help fellow soldiers with their breathing exercises. Medical science can perhaps explain better but we believe yoga perhaps had a role to play in his being able to survive in those conditions. Apart from being the almighty’s favourite child,” a senior officer posted in the 14 Corps told Mail Today.

More than 200 soldiers worked round the clock for five days looking for survivors after the ice wall came crashing down on the 19 Madras post in the northern glacier. The rescue team could not believe their eyes when they saw he was conscious. He was drowsy and disoriented. “It is unbelievable. In Siachen if you are exposed to nature for more than four hours without taking adequate precautions, chances of survival are slim. There has never before been an instance of a soldier having survived being buried in snow and ice for five days,” he added.

The medical report is grim. L/Nk Hanamanthappa is comatose, continues to be in shock with low blood pressure and investigations have revealed liver and kidney dysfunction. “Yoga plays a very important role in controlling your breathing especially in high altitude areas and is also important in the mental and spiritual toughening of a soldier,” says Lt Gen (retd) Ved Chaturvedi, former Director General of Armed Forces Medical Service. “It defies logic. I was posted at the Siachen glacier at the same spot near the sheer ice wall. There is no way one can survive for five days buried under ice with no oxygen. It’s a miracle,” says Lt Gen (retd) Ata Hasnain former Srinagar Corps Commander.

As per Yoga Guru Swami Ramdev, “There is no such thing as a miracle. In extreme high altitude conditions those who practice yoga not only have stronger lungs but also their body utilises oxygen better even when lesser amount of oxygen is available in the atmosphere“. The yoga guru is convinced that practicing breathing exercises will benefit all those who go to high altitude areas.”

But in even in this uplifting story, the sheer incompetence of some media houses mars their reporting.

One wonders what sort of editorial process is followed in mainstream media, that such basic errors like misreporting of a soldier’s name are not caught?

And in today’s Bharat, despite all evidence regarding the physical and mental benefits of Yoga, there will be people ever ready to mock Yoga, or term it as a ‘Brahminical’ conspiracy, or report plans to teach Yoga in schools as signs of ‘saffronization’. It is up to those of us who are still connected to native traditions of Bharat to counter such malicious lies & denigration.

To understand more about the Siachen glacier, and why it holds such strategic importance for Bharat, we recommend this piece by Lt. Gen Syed Ata Hasnain (Retd), the former Corps Commander of the Srinagar based 15 Corps.

We pray that Lance Naik Hanamanthappa has a full recovery, and pay our respects to his 9 colleagues who martyred themselves for the nation.