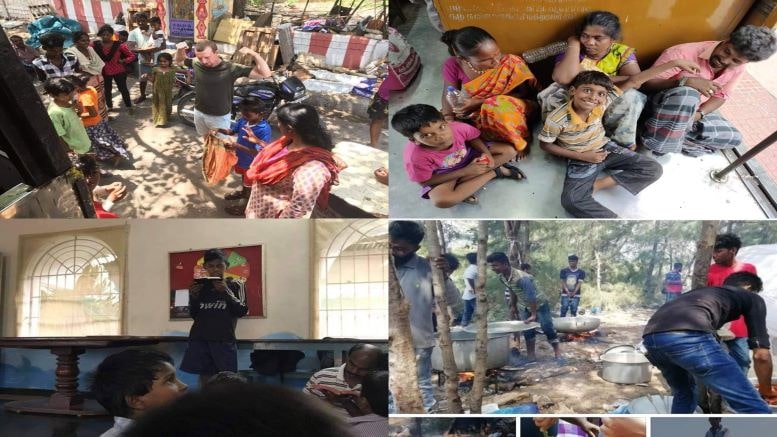 A 12-year-old Bengaluru girl was found to have been sexually harassed by the watchman of the children’s orphanage she lived in. Watchman, Devendran, 40 was arrested by women police as they found the allegations of the girl to be true. The welfare of Children’s Home located in Pothur near Chennai is being run by Teni and Thomas, a married couple.

The girl is said to have attended the school located near the orphanage. She was brought back to Bengaluru by her mother for Diwali. Having no one to share her ordeal, she confessed to her mother about the watchman molesting her. The shocked mother informed Child Care Unit officers who in turn filed a case with the women police.

Women police promptly responded by arresting him. The orphanage home, like many in TN (Tamil Nadu), has an FCRA background and is being funded by Charis International Mission in Texas, USA. This organization and many other individuals send money to Charis Foundation Charitable Trust, Chennai.

Most of the individuals donating to this trust are missionaries who often come to TN for proselytizing and evangelism. Some of them from the US and UK helped raise funds for the new building of this orphanage in 2016-17.

Founded in 2004 in the aftermath of a Tsunami that wreaked havoc along the east coastline of TN, it began its operations by distributing food for the fishing hamlets around Kalpakkam (a nuclear power plant is there in Kalpakkam). It targeted 420 children under 18 and took many of them under 13 to their orphanage. They claim to drop children in their care from government schools and enroll them in English medium school.

Thomas who founded the orphanage is said to have pursued theology in the US. The missionaries who campaigned for fund collection eulogize Thomas, saying he could have had a better life as a pastor in the US but he chose to do this noble work. They claim that Thomas wears normal clothes and even gave up the money he saved for their house to build the first orphanage building. Contrary to that one can see the family ‘appearing above normal’ from their pictures on social media.

How are Thomas and family surviving then, one might ask. Thomas conducts New India Church of God in Chennai, a branch of NICOG which has its headquarter in Kerala. Founded in 1976 it is spread in ’22 different states of Bharat and beyond with 3469 churches, 15 Bible training centers, 3 orphanages, one women’s refugee home, and educational institutions including 5 Vocational Training Centers and 3 schools as per their website and social media pages. They explicitly state that they have social justice projects all over the country and that their primary focus is on sharing God’s love.

Despite this success, their white friends claim that it’s very difficult for a Christian organization to register as a charitable trust in Bharat. One of those missionaries Luke & Jasmine McGowan sent 17 lakhs out of the 21 lakhs received in 2016-17. In 2027-18 one Peter Irvine from Australia alone sent 22lakhs and the Roberts couple from Wye valley, UK where Rob Yule who ran the campaign to collect funds hail, sent 8.4 lakhs. Donations sent from the same UK address with different names can also be seen in the FCRA returns.

These people own a bus which they take around Chennai and ‘feed’ the children who they claim are on the streets. They also ‘teach’ the children, supposedly Maths and English. In one of the videos shared on social media, this bus can be seen standing near a temple wall. It would do well to remember that recently missionaries preaching the gospel in front of a temple in Nilgiri were chased away by transgender women. It can be discerned from the news that in the incident mentioned in this article, the girl child is a Hindu as her mother took her home for Diwali.

Like those who study the so-called secular works of the church have told time and again, this orphanage too exploits the poor by promising good food, shelter, and education. They call these orphanages homes in order to deceive the poor that it’s more of a hostel that they are dropping their children in.

In this case, they talked with Narikuravas, Kattunayakkar (gypsy communities) who remain on the hit list of every other missionary out there and convinced them to drop their children in the orphanage. But do they really provide only food, clothes, and shelter? In the Friends of the Charis Foundation FB page that campaigned for raising funds Rob Yule who ran the campaign can be seen saying ‘everything over the original amount will be seeded to building ‘missionary quarters’ where the ‘greater gift‘ can be given as the kids are hungry for ‘love’. 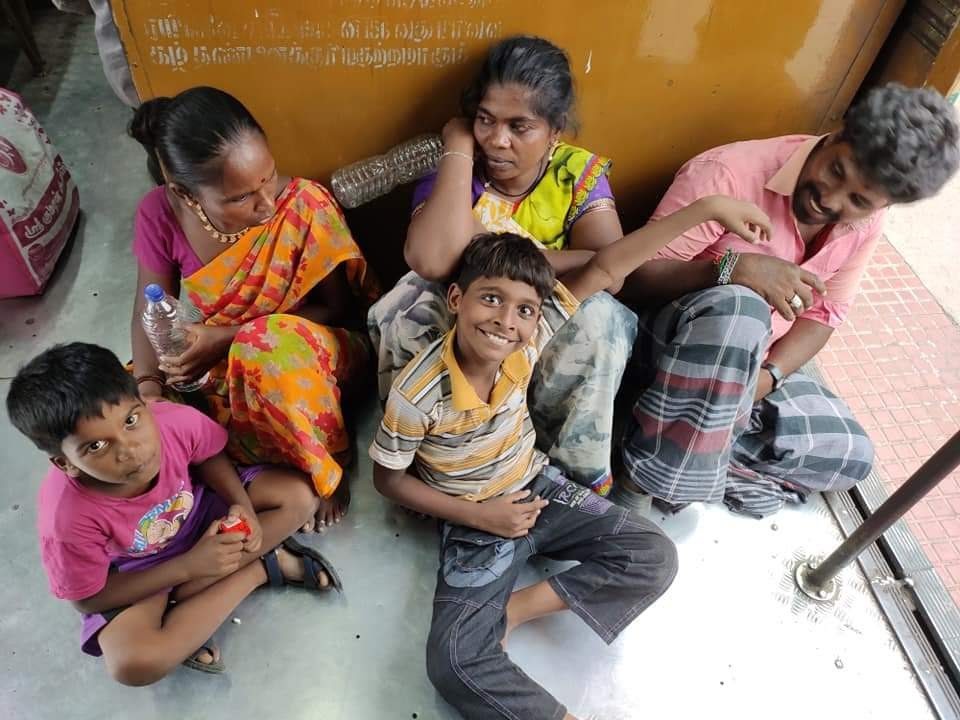 Coming to know of such incidents recently National Commission for Child Protection and Rights (NCPCR) has directed the state governments and district child care units to ensure that all the orphanages are properly registered and follow the Juvenile Justice Act. NCPCR in its analysis found out that NGOs received more money than needed. 600 orphanages located in South India received nearly ₹6 lakh per child while the expenses including the recurring charges estimated by the government are only ₹60,000. Recognizing that this might be due to the financial irregularities in the name of serving children NCPCR has forwarded its analysis to the MHA for further action. The report found that some orphanages were involved in religious conversion and that children were made to read the bible. Recently NCPCR wrote a letter to the Madhya Pradesh Chief Secretary regarding the case of a district magistrate failing to act properly while investigating one such incident in an orphanage. 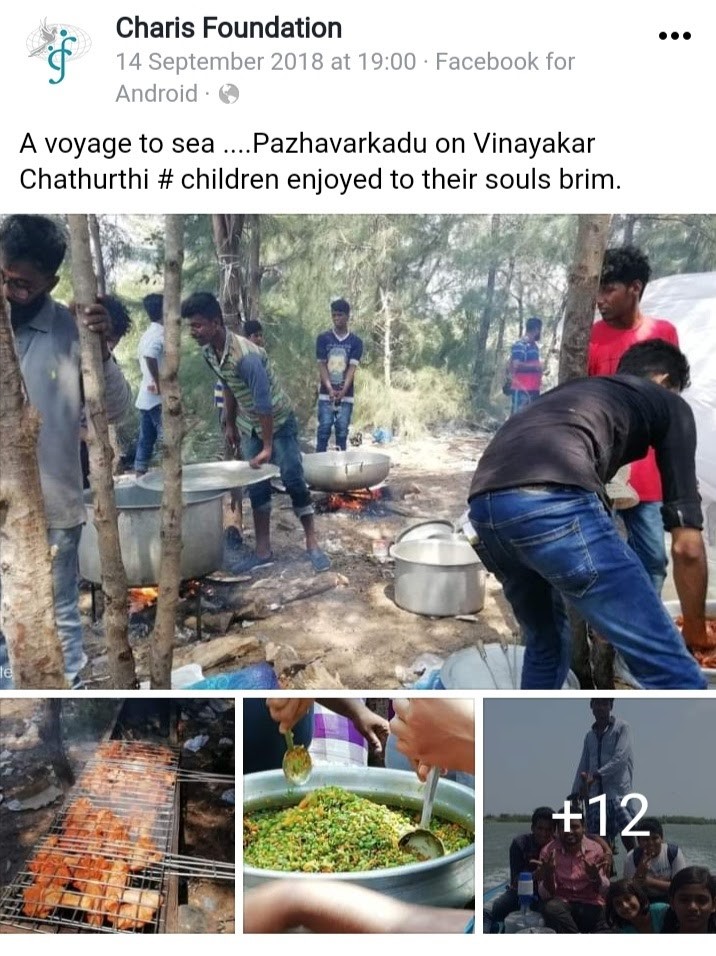 It has also ordered that children with parents should be sent back to their families. However, the supreme court has stayed the process of returning the children citing Covid-19. In this manner so far 1,45,788 children were restored to guardian families while 2,27,518 of them were living in child care institutions when Covid-19 started. With this, it is hoped that all the children who aren’t really orphans will be returned to their families.