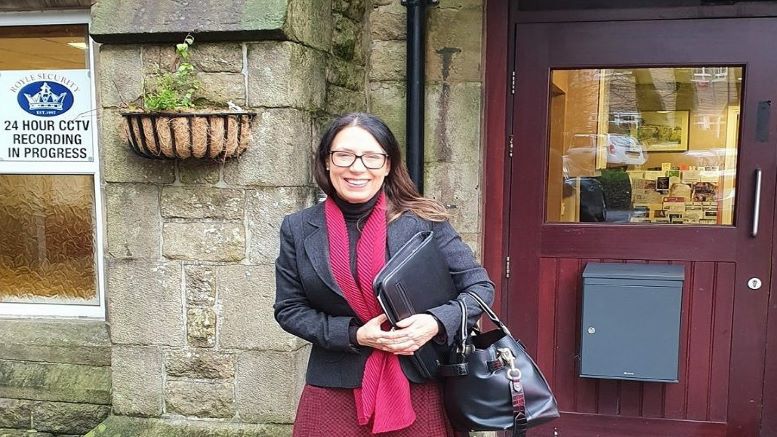 It is no secret that Bharat’s foreign policy has seen a sea change particularly after PM Modi returned with a bigger mandate and S Jaishankar took charge as External Affairs Minister (EAM). The clear message being sent is that ‘no interference in Bharat’s internal matters will be tolerated’. First came cancellation of a meeting with US lawmakers for including a congresswoman whose report on Kashmir, Jaishankar said, was neither a fair representation of the ground situation in Jammu and Kashmir nor a fair characterisation of the Government’s work.

Next, British MP Debbie Abrahams who belongs to the Labour party and is the chairperson of All Parliamentary Group for Kashmir in Britain, was deported to Dubai because her e-visa had been rejected. Although Abrahams alleged that she had been ‘treated like a criminal’, foreign ministry spokesperson Raveesh Kumar maintained that ‘she was sent back with respect’.  The authorities also said that the MP was informed before her travel that she doesn’t possess a valid visa and could apply for a regular visa as her e-visa had been cancelled.

The Hinduphobic Labour Party’s stand on Kashmir is in line with Pakistan and therefore it came as no surprise when she headed straight to Pakistan after being deported from Bharat. She waxed eloquent about the reception and assurances she received from the failed state of Pakistan whose only job is to support such anti-Bharat faces like Abrahams.

Very pleased to meet with @PakPMO this pm & to be given assurances that we can meet with whoever we wish while in #Pakistan There was openness & transparency to some tough questioning of #ForeignMinisterQureshi as well on HR issues inc terrorism in https://t.co/za17u4QBot https://t.co/EkHGJXr3Vz

It may be noted that on 4th February 2020 she was part of the Kashmir Solidarity Day seminar, organised by the Women Council of Jammu Kashmir Self-Determination Movement International, held in London and shared stage with Mohammad Nafees Zakaria, the Pakistan High Commissioner to the UK and Sardar Masood Khan, the ‘President’ of PoJK. As per reports she was in touch with Pakistan’s Inter-Services Intelligence (ISI) through the president of J&K self- determination international movement. In addition, she is also said to have met Hurriyat separatists recently and her sole aim behind visiting Pakistan Occupied Jammu & Kashmir (PoJK) was to malign Bharat and demonise its army. All of this put together point out that Debbie was certainly working under the influence of Pakistan which raises several questions about her intention behind visiting Bharat.

This is not a Bharat of the past decade but a new one under a government that puts national-interest before everything else and would not tolerate influence or interference from any foreign body or country in matters that are entirely internal to the country. Bharat has been consistent in this stand and had even warned Turkey and Malaysia to desist from commenting on Bharat’s internal matters if they didn’t want to spoil several years of goodwill between Bharat and them.

It may be recalled that the President of Turkey and Malaysian PM had commented on Kashmir during their speeches in UNGA (United Nations General Assembly) in 2019. The action taken against a British MP and the snub to an American Congresswoman (purportedly of Indian origin) should serve as warning to other countries that Bharat ‘walks the talk’ and when it says it won’t tolerate interference in its internal affairs it means every word of it.