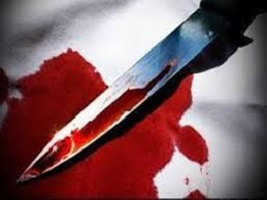 A local BJP leader in Kanchipuram, Tamil Nadu has been murdered in broad daylight by three motorcycle borne men, in a manner closely resembling other recent murders of Hindu activists, as per reports from local social media sources. Further details are awaited.

Tamil Nadu will witness polling for the 234 member state assembly on 16 May 2016. The ruling AIADMK and the DMK-Congress combine which has been coined as the ‘coalition of loot’ by CM Jayalalithaa, are the two main contenders.

Brutal murders of Hindu leaders, mostly hacked to death by sharp weapons, are not new to Tamil Nadu, or the rest of Bharat. Below is a partial list of such cases which have occurred in the recent past –

1 July 2013: Hindu Munnani leader S Vellaippan was murdered by gang of 8 in Vellore in broad daylight near the Ramakrishna Math in Vellore.

18 June 2014: K P Suresh, 48, the Thiruvallur East district president of the Hindu Munnani, was closing his STD booth on MTH Road around 9:30 pm when a bike-borne Mohammed Shameem and Syed Ali Nawaz inflicted serious injuries to his face, neck and body.

13 Mar 2016: Hindu activist and BJP worker, Kyathemaranahalli Raju (37) , was hacked to death in Mysuru by a gang of four to five. Raju had stopped the illegal construction of a masjid in Kyatamaranahalli and was the main driving force behind building a Ganesh temple.

25 Feb, 2016: Vishva Hindu Parishad’s (VHP) Agra city unit vice-president Arun Kumar Mahaur, a Dalit, was shot dead in broad daylight by Shahrukh and 4 others on the way back home after performing his daily prayers at a local temple.

16 Feb 2016: PV Sujith, an RSS and BJP activist, was hacked in his home in Kannur, Kerala. This was just one in a long list of murders of Hindu activists in Kerala.