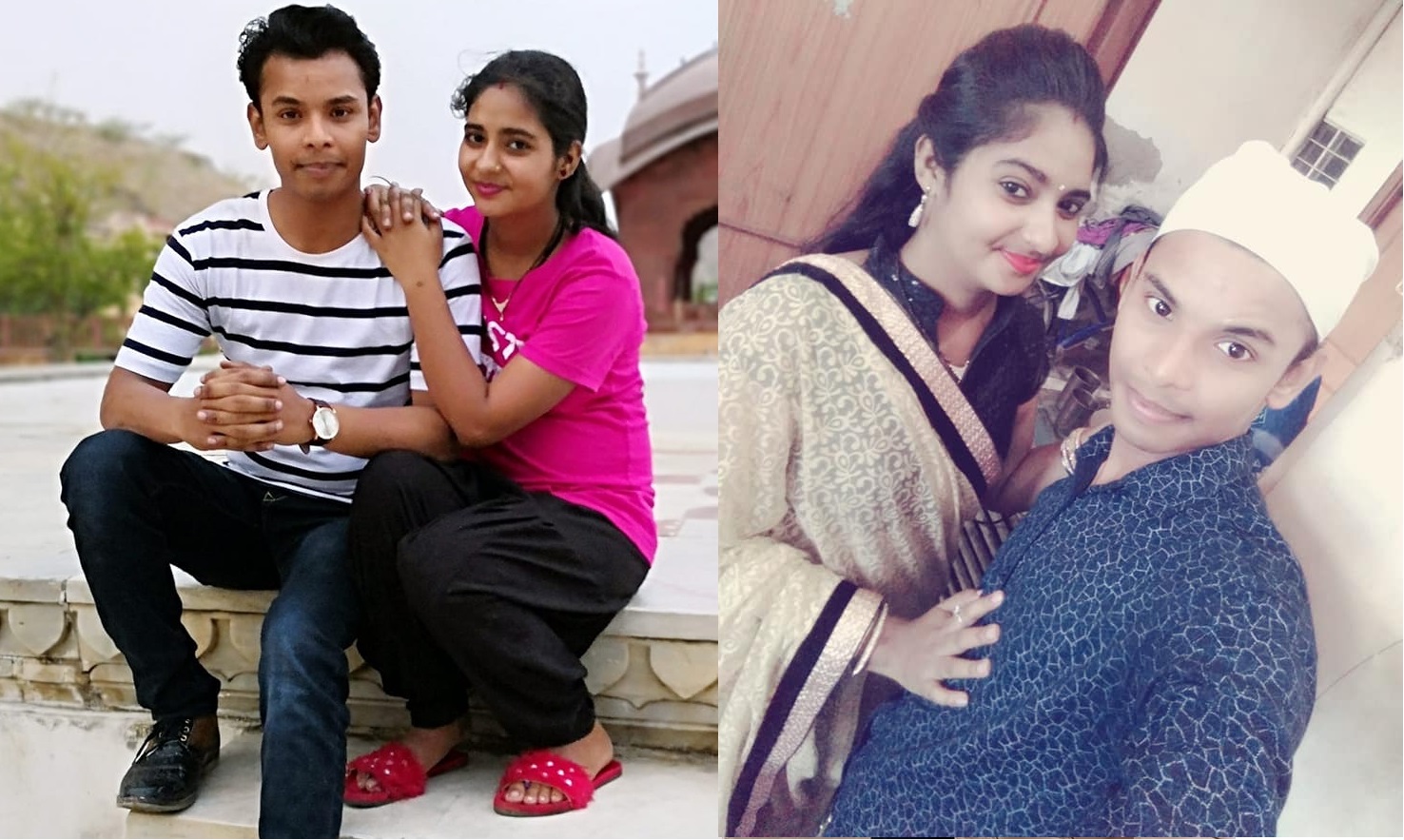 In yet another shocking incident of a Muslim man – Hindu woman relationship going horribly wrong, 25-year-old Ayaz Ahmad from Jaipur has been arrested for murdering his wife, Reshma Manglani, aka Naina, aged 22, in one of the most gruesome ways imaginable. The motive for murder has been identified as suspicion and jealousy.

The young couple worked together in a finance company and gradually fell in love.  As parents were not yielding to the inter-faith marriage, Naina eloped and married Ayaz in an Arya Samaj temple. Parents later consented to the marriage and it was again solemnized as per Muslim rituals.

According to his Facebook profile, Ayaz was working as a Quality Assurance Analyst with Homecredit international company. Both belonged to Jaipur, Rajasthan. The couple has a three-months-old baby.

Naina, who was now a homemaker, spent a considerable amount of time on social media and had over 6000 followers on Facebook. Fond of posing for the camera, Naina’s profile is replete with pictures of her baby, her husband and herself. She would often make posts singing praises of the love and companionship she shared with her husband. Her pictures and posts attracted huge admiration from friends and followers, who left several hundreds of likes and comments.

It is said that this led to a disconnect between the couple, and Ayaz, who had grown jealous of the rising social media popularity of his wife, would fight with her over this. Questioning her fidelity, Ayaz had also accused Naina of having an affair.

Upset with these regular fights, Naina had left him and moved to her parents’ home during the last two months of her life. Last Sunday, Ayaz showed up at his in-law’s residence in an inebriated state. He feigned repentance and insisted that Naina return home with him. She agreed.

Ayaz then planned a trip with her and took her around Amer hills on their scooty. In was during this trip that he looked for an opportune moment and strangled her to death. Later, he smashed Naina’s face with a heavy rock and rendered her unidentifiable.

On Monday, at 8:30 AM, the police located Naina’s defaced dead body at Medauji Ki Chhatri which is about 100 km from the Jaipur-Delhi highway. “The murderer had brutally crushed her face, possibly to ensure she remain unidentified” stated ACP Ashok Gupta.

The details provided by Reshma aka Naina’s mother helped them to identify the dead body. Ayaz had left the two-wheeler near the spot of crime, which turned out to be a significant tool in solving the puzzle.

“We got the name and address of the person from the RTO. The vehicle was registered in the name of Reshma Manglani. When we reached the address, 40-year-old Rekha Manglani, Reshma’s mother, gave us crucial information. She told us that Reshma had married Ayaz and they were living separately for the past two months” added ACP Gupta.

Ayaz was soon nabbed by police. “He told us that he suspected his wife’s character. He claimed that he had found enough evidence on her social networking account,” reported the ACP.

Further reports suggest, the marriage had hit the rockbottom and the couple were headed for a divorce. Ayaz Ahmed has been taken to custody and a criminal case has been registered against him under IPC 302 for murder and IPC 201 for tampering with evidence.