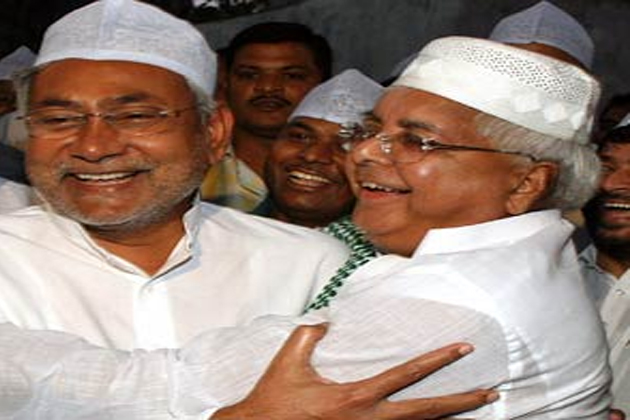 Jungle-raj 2 is well and truly back in Bihar. Last night, a 20 year old  youth was shot dead by JD(U) MLC Manorama Devi’s son Rocky for overtaking his vehicle in Bihar’s Gaya district. As per this news report –

“A 20-year-old youth was shot dead allegedly by JD(U) MLC Manorama Devi’s son Rocky for overtaking his vehicle near police line in Bihar’s Gaya district, triggering protests in the area. Devi’s husband Bindeshwari Prasad Yadav alias Bindi Yadav and her security guard Rajesh Kumar were on Sunday arrested in connection with the incident.

DIG, Magadh Range, Saurabh Kumar said the incident took place on Saturday night as JD(U) MLC’s son Rocky Kumar Yadav and his men were travelling in a MUV which intercepted a SUV in which Aditya Kumar Sachdeva (20) was travelling along with four friends from Bodh Gaya to Gaya town.

According to complaint lodged with the police, Rocky Kumar Yadav then shot at Sachdeva apparently to teach him a lesson for overtaking his vehicle.

The DIG said Sachdeva was brought to Anugrah Narayan Medical College and Hospital where the attending doctors declared him as brought dead. The police officer said following the incident, the JD(U) MLC’s husband and security guard were arrested today and 70 rounds of ammunition and a carbine found in her residence in connection with the murder case of Sachdeva.

A manhunt has been launched for the arrest of Rocky Kumar Yadav too, the DIG said.

The JD(U) MLC, however, denied her son’s role in the murder of Sachdeva and said Rocky Kumar Yadav was innocent. MLC Manorama Devi’s husband Bindeshwari Prasad Yadav had in past been arrested and 6000 rounds of ammunition of a weapon banned for use by public in 2011 recovered from him.

He had also been jailed in a sedition case.”

Will we see our media pose tough questions to JDU boss Nitish Kumar and his coalition partner Lalu Prasad Yadav on why such patently criminal elements in their parties have become emboldened under their new Government? Will we see even a fraction of the outrage that was witnessed over the injury and subsequent death of the horse Shaktiman who got injured during a protest by BJP in Uttarakhand? No, we all know the answer to these questions – Nitish Kumar is a messiah for our Secular Liberal Outrage Brigade (SLOB), hence he will not be questioned. Just like Sonia Gandhi has never been questioned for her central role in the den of corruption and anti-national elements that Congress has become.

This is not the first example of criminality exhibited by JDU or RJD legislators in recent times.

Over the last 6 months, Bihar has witnessed increasing incidents of murder, abduction, loot, molestation and extortion. In December, three engineers were murdered in 72 hours in Bihar by criminal mafia demanding protection money (rangdaari), a 3 year old and a student were kidnapped for ransom, and doctor’s asked for protection from extortion demands.

This OpIndia piece says it best –

“What’s more worrying is that criminals are challenging law and order by committing these crimes in daylight and in full public view. Jungle Raj is defined not just by crime rate, but by absence of fear for administration, and that’s what is threatening to come back in Bihar. During the previous era of Lalu Yadav, criminals didn’t fear police. In fact, police was afraid of criminals, and that is the Jungle Raj which people were afraid of.”

But while law & order in his home state has totally collapsed, Chief Minister Nitish Kumar is busy positioning himself as a ‘secular’ PM candidate for the 2019 Lok Sabha elections, and even has time to comment on events in JNU or Kerala elections. All this while Bihar weeps.