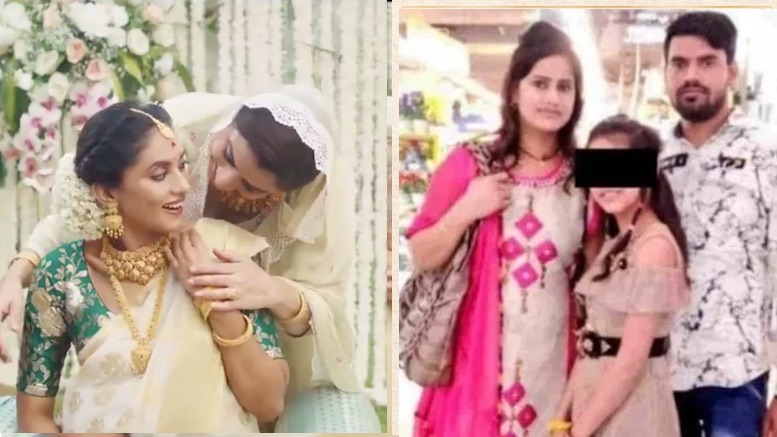 A recent advertisement by Tanishq, a jewellery brand of the Tata Group, for its ‘Ekatvam’ (Oneness) collection has acted as the proverbial straw that broke the camel’s back for Hindus. The ad shows a pregnant Hindu woman married into a Muslim household, where her in-laws are happily preparing for a Hindu-style baby shower.

However, this saccharine depiction of inter-faith relations is so far divorced from the lived reality of ordinary Hindus that the ad sparked instant criticism. Feedback has been pouring in from various quarters, and last heard Tanishq had withdrawn the ad with an ‘apology‘.

Predictably, our deracinated elite has chosen to ignore the real reasons for the spontaneous reaction the ad evoked, and have trotted out their usual tropes about ‘Hindutva/sanghi bigots’ and ‘love jihad propaganda.’

As we have stated in an earlier article –

“Liberals cheer inter-religious relations and marriages. They give a damn about the consequences of such relations when a Muslim man is involved with a Hindu girl. The fact that Islam considers polytheists and ‘idol-worshippers’ as inferior and hell-bound, and that converting others to Islam is considered a pious act by most Muslims – how this influences the dynamics in any relation between a Muslim and non-Muslim is just dismissed by our liberals.”

Our so-called liberals know these arguments. We assume they know how Google search works so can easily check that Quran and Hadith explicitly forbid a Muslim woman from marrying a non-Muslim man, and a Muslim man from marrying a non-Abrahamic woman unless she converts to Islam. Yet, they blithely dismiss Hindu concerns over such one-sided inter-faith relations and their usual outcomes.

OpIndia has made an argument that the Tanishq ad reflects the bigotry of low expectations from Muslims which allows them to make token gestures to whitewash the rampant radicalisation in their community. While this is true, we believe the real root cause is different.

Our elites have low expectations from all communities, except Hindus. Just like they turn a blind eye to Muslim radicalism, they are impervious to the Christian supremacism driving the global missionary machinery which spews hate against Hindu Dharma and is destroying diverse indigenous native faiths & communities that have co-existed harmoniously in Bharat for millennia.

The real issue is that our elites have very little regard for Hindus. The mental and social frameworks they are rooted in are similar to how our erstwhile colonial rulers viewed Hindus – as a primitive, obscurantist, oppressive, convoluted and outdated people in desperate need of reform. They are afflicted with a form of internalised Hinduphobia, that some of them might not even be conscious they suffer from.

The more charitable among them might have some regard for a few Hindu spiritual practises here and there and Hindu values like pluralism, but even they have little time for Hindu society as a whole, particularly its orthodox practitioners.

It is hard breaking out of mental colonisation unless you are ready to accept that there is a fundamental problem with the worldview you have grown up in. For decades, our elites just brushed Hindu concerns under the carpet and were successful in stifling debate on inter-faith relationships by branding anyone who dared bring it up as ‘communal’ and ‘bigot’. The colloquial term ‘Love Jihad’ was sneered at and dismissed with barely masked contempt; reports in regional language newspapers were ignored.

But as the social discourse has gotten democratized over the last decade, and more cogent arguments are being made in English to explain & analyse the phenomenon of grooming aka Love Jihad, elites cannot dismiss it as easily as before.

But even today, you can reel off the names – Tara Shahdeo, Priya Chaudhary, Ekta Deswal, Nimisha, Deepika Khatri, Priya Sonia, Anjana Tiwari, Mahima Vitole, Heena Talreja, Ranjit Kaur, Jaya Bhandari, Anju Ilyasi – or talk of hundreds of cases where Hindu girls were ill-treated, assaulted and forced to convert or abandoned after marriage by Muslim men and their families – all you will get is a stony silence. The veracity of the incidents will be questioned, false equivalences will be drawn, statistical percentages will be asked, exceptions will be presented as the norm – basically, any & every argument will be used to deny the elephant in the room.

By elites, we are not talking only about the rich, but those in positions of influence or those whose lifestyles the masses aspire to – they could be in media, business, bureaucracy, judiciary, academia, activists, cinema or any white-collar job. In an Abrahamic world, these elites aspiring to be global citizens naturally have little empathy for Hindu concerns and are also wary of ideas like ‘patriotism’ and ‘nationalism’.

Such ads will stop only once we fully decolonise as a nation and develop our own worldview rather than see ourselves through a foreign lens. Till then, ads like ‘Tanishq Ekatvam’ must be resisted robustly for distorting reality, and our self-absorbed elites must be schooled.

We are sharing some hard-hitting tweets which capture the gulf between the world that our ad-agency creative types and Lutyens’ intellectuals imagine, versus what really is:

Search results- on their website for two words – "Hindu" and "Muslim", and their respective results pages. pic.twitter.com/I49OXLiTnN

Tanishq ad was an example of grooming…

And they succumb to it…

We also recommend this witty and incisive commentary on the whole issue by Chakshu YouTube channel!