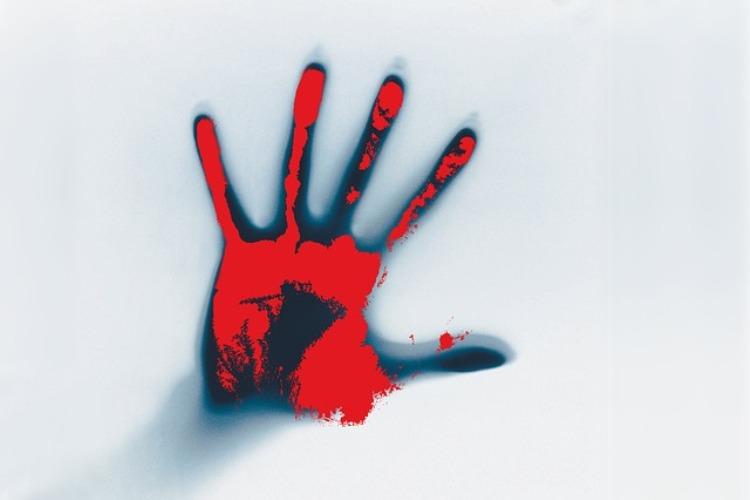 A 20 year old college student Aarti Sharma battles for her life in KEM hospital in Mumbai after being attacked by her former boyfriend Ajmal Shah. The incident took place in a hotel room at Dadar in central Mumbai, on Monday.

The victim Aarti Sharma’s throat was slit by her ex-boyfriend Ajmal Shah (21) using a blade. A heavy object was used to attack her as well. The victim and accused are residents of the Antop Hill locality and reportedly were in a relationship for a few months.

According to police, the victim left home under the pretext of attending college but she came to Hotel Afsar near Dadar station at 11:30 am with Ajmal Shah.

They spoke to the hotel manager Iqbal Kunhey requesting a room.They were given a room after furnishing ID proof.

The hotel staff heard commotion soon after and manager Kunhey along with a few staffers rushed the room occupied by the couple. They frantically tried to open the door as they heard the victim scream inside the room. The door was bolted from the inside.

“When hotel staffers managed to open the door they saw the victim in a pool of blood while accused was holding a blade while his wrists bled” said a senior police officer from Bhoiwada police station.

Ajmal Shah was overpowered by the hotel staff and the blade was taken from him. Victim Aarti Sharma was rushed to KEM hospital while Shah was taken into custody after medical care.
The victim remains critical as she received a cut on her throat and a heavy blow to the head which resulted in massive blood loss.

A case of attempted murder has been registered against Shah who revealed to the police that he was angry at Sharma for dating someone else.

Cases like this are becoming far too common to be dismissed as ordinary crime. In July, a  stalker Mohammed Adil stabbed to death aspiring air-hostess Riya Gautam in Delhi. In Oct last year, stalker Jitender stabbed to death a married woman in Gurugram. Similar cases have been reported from other parts of the country too.

This is not a law & order issue, this is a societal cancer & needs thorough analysis. Liberals have escaped all scrutiny thus far, while it is the mindsets promoted by them that are leading to such tragic outcomes for so many families.

1.) Liberals cheer sexual liberation – they encourage youth to experiment with physical relationships at ever-younger ages, leading to a situation today in most schools where 13-14 year olds feel ‘uncool’ / left out if they don’t have a boyfriend / girlfriend. The peer pressure on teens today to have a relationship at an age when they emotionally immature and grappling with questions of self-identity leads many to make harmful choices which have severe repercussions later on in life too. Sexuality is an integral part of life and children should be made aware of it in age-appropriate ways – regressing to a Victorian morality is no solution. But this obsession with sex which currently permeates popular culture, a la the West, is abnormal and lead to more such obsessive crimes. Teaching Dharmic values (the much-derided and mocked sanskars) and Yoga techniques to control raging hormones could offer a way out, if the liberals would care to listen.

2.) Liberals & our 2-bit chatterati which dominates newspaper columns are hand in glove with the Bollywood that churns out inane, psychologically harmful movies containing songs like ‘Main to tandoori murgi hoon yaar, Gatkaale saiyan alcohol se.” (“I am tandoori chicken. Ravish me with some alcohol.” ), “Acchi baatein kar li bohot, Ab karunga tere saath Gandi baat…” “I have talked nicely for long, now (since you are not accepting my proposal), I will resort to wrong ways.” This is considered entertainment for the masses and supported as freedom of expression by the fluff brigade, while the reality is that many of today’s mainstream potboilers deserve an Adult rating and are no better than B-grade cinema.

3.) Stalking has been elevated to the status of a normal human tendency by Bollywood & rationalized from the 90s onwards . The first movie to showcase a lead actor as a stalker was Shah Rukh Khan’s Darr, and the genre got its most successful movie ever when Salman Khan played the roll of a obsessive stalker in Tere Naam – the media PR machinery even billed the movie as portrayal of the real life ‘love story’ between Salman Khan and Aishwarya Rai.

In fact, an Indian security guard accused of stalking avoided a conviction in an Australian court after blaming his actions on a passion for Bollywood movies. Male characters in colourful, romantic Bollywood movies are often seen determinedly pursuing their female counterparts until they finally acquiesce to a relationship, argued the man’s defence team.

4.) Liberals cheer inter-religious relations and marriages. They give a damn about the consequences of such relations when a Muslim man is involved with a Hindu girl. The fact that Islam considers polytheists and ‘idol-worshippers’ as inferior and hell-bound, that kafir women have always been considered as maal-e-ghanimat (war booty), and that converting others to Islam (especially converting a non-Muslim girl) is considered a pious act by most Muslims – how this influences the dynamics in any relation between a Muslim and non-Muslim is just dismissed by our liberals. This lot cheers when Akhila converts to Hadiya and marries a known PFI thug Shafin Jahan – in a state like Kerala with proven instances of girls being brainwashed and inducted into the ISIS terror factory. A Tara Shahdeo and her bone-chilling testimony on how she was tricked into marrying a Muslim and then tortured to convert is quickly forgotten from the liberal memory.

Hindus are under siege, some of us just haven’t realized it yet. At this time, there is simply no excuse for any Hindu, especially parents, to feign ignorance about the challenges we are faced with. The one thing in our control is to educate our children about our own Dharma and about other religions, and to impart the knowledge they will need to live with self-respect in a dangerous, fast-changing world. We have no time to waste with feel-good, liberal homilies.