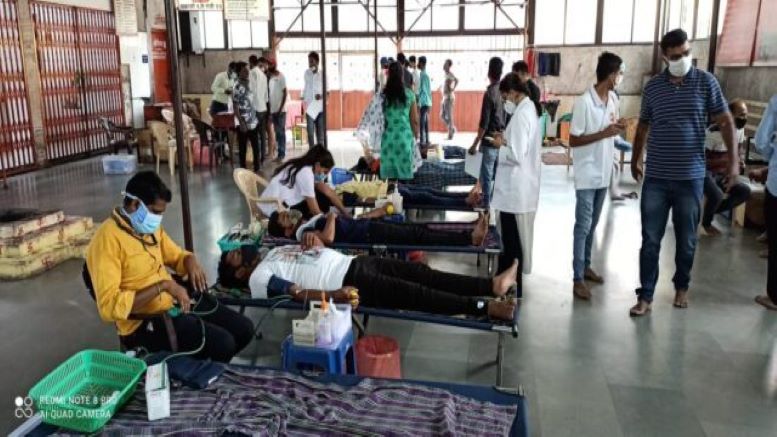 The pandemic has provided secular journalists with an opportunity to run their anti-Hindu propaganda. They are now using this as a chance to not only seek donations for particular organizations but also malign the efforts of others involved in pandemic relief work only because they are Hindu-based.

Secular journalist Neha Dixit who has been openly supporting fund-raising for Jignesh Mevani has resorted to making false accusations against Sewa International by insinuating that the said organization supports ‘BJP’s crimes’ and has been involved in ‘child trafficking’ from tribal areas.

Neha Dixit belongs to the secular Lutyens cabal who has been caught in her attempt to defame RSS through her hit jobs in the name of journalism. Readers may recall Dixit authored an Outlook article about ‘child trafficking by RSS’ in 2016.

Hindupost had exposed Dixit back then:

Outlook news magazine, in its 8th August issue, came out with a cover story, “#BetiUthao” (#BabyLift), which screamed that RSS is involved in the ‘trafficking’ of 31 tribal girls. Perhaps there was a bloated hope that the title will turn into a Twitter trend that would undermine the current Governments in Assam and elsewhere in Bharat.

In response to the latest Outlook article authored by Neha Dixit, I tweeted my views here. This is a follow-up to those tweets.

The article in itself is clever skulduggery of words, carefully avoiding truth yet failing to hide the intent. The author has sunk so low that in her blind hate for RSS, she tramples upon the rights and dignity of people who are simple, trusting, and not educated in the Christian education system.

The article is based on a false premise. Neha Dixit makes out a headline that suggests that RSS is running a girl child trafficking racket and such children are stolen from their parents. If you have no idea of what RSS stands for, you would think that the organization is a lecherous underground organization that runs a prostitution racket. It appears the article is not intended for people like you and me, who have lived in Bharat the last few decades and have been touched by RSS in some beneficial way or the other. It is for those living outside Bharat who gains by painting RSS in black because RSS somehow has the gall to thwart powerful forces attempting to change the demographic composition of Bharat in order to keep the country in a constant state of disruption and economic subservience.

The author paints a romantic picture of a kid in a picturesque idyllic Assam village brutally snatched away by a ruthless organization for ideological gain. What has been carefully hidden is, the locale is Kokrajhar, Assam scarred by the communal riots of 2012. Later in the article, we also read about the time the same children spent in refugee camps. These children have been provided an opportunity by RSS to build a life and break free from the cycles of violence, poverty, and soul harvesting.

There is no doubt, even as per the article, that the children have not disappeared, but are put up in far-away schools. But the headlines in the article say just the opposite: ‘Stolen babies’, ‘girl child’ and ‘trafficking’ make the headlines while in fact they were not babies, were not stolen, and are not trafficked.

In fact, a case was filed by the police against Outlook magazine for running a fake story alleging RSS-affiliated Rashtra Sevika Samiti being involved in child trafficking in Assam. Dixit’s reputation as a fake news peddler precedes her and puts a question mark on her credibility.

Secular journalists like Dixit are among those of the cabal who are celebrating the killing of BJP workers such as Avijit Sarkar by TMC hoodlums because they believe that Sangh Parivar is ‘communal’ and ‘fascist’. While secular cabal is free to campaign for any one of their choices, it doesn’t give them the licence to belittle the efforts of others by making false and unsubstantiated claims only because the organization doesn’t fit in their worldview.