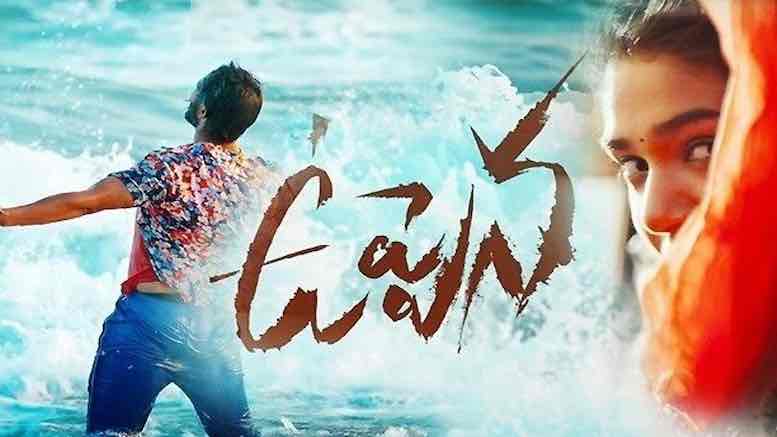 The recently released Telugu-language film ‘Uppena’ (meaning high tide) has been called out for its anti-Hindu content by moviegoers. The romantic drama written and directed by debutant Bucchi Babu Sana and produced by Sukumar in collaboration with Naveen Yerneni and Y. Ravi Shankar, features debutants Panja Vaisshnav Tej and Krithi Shetty in the lead roles, with Vijay Sethupathi playing the antagonist.

Set in coastal Andhra (Kakinada), the plot follows Aasi (Tej), a Christian fisherman who stalks Bebamma (Shetty) for 10 years, since she is a minor, and finally the two of them fall in love when she reaches college. Her father Raayanam (Sethupathi) is a rich zamindar (feudal lord) who is a staunch casteist and doesn’t hesitate to kill people from other castes, as per a NewsMinute review. The film has been declared a box-office hit and a super-duper success by the Telugu film fraternity it seems.

So the basic plot seems centred on a current favourite theme of Bharat’s movie makers – a girl belonging to an ‘upper caste’ falls in love with a ‘lower caste’ and tensions ensue between their families. The modification here is that the hero is a Christian from a humble fishing family, in contrast with the wealthy, ruthless, caste supremacist Hindu father of the heroine.

That alone would be enough to tell us about the stereotypical Hindumisia of the film, but wait..there’s more, lot’s more.

#Uppena
I don't watch Telugu films. This is from a reaction in Facebook on anti-Hindu content in the movie. https://t.co/pBlzBTG6sR pic.twitter.com/ngcY4w3e8Y

2.) In crime scenes, the camera zooms on Hindu Gods.

6.) In amorous and explicit sexual scenes, walls are plastered with photos of Hindu Gods

8.) Hindus portrayed as living only for caste supremacy

9.) Hero incurred wrath of God as he did not read Bible.

10.) Heroine desires to be married in Puri temple but goes on to live with a Christian without any marriage ceremony.

14.) Hero converts to Christianity and is abused by villain with casteist slurs (this part is not clear as hero is a born-Christian going by most reviews, so who is shown as converting?)

Imagine such a movie being released in a state and region grappling with a raging problem of Christian conversion mafia running amok with alleged state backing! Where many informed observers claim that 25% of population is already Christian and where Hindus are reeling from a spate of unprecedented attacks against their temples! Such a movie gets released with zero protests from Hindu religious organisations or ordinary Hindus. And on the other hand, we have Christian and Muslim organisations take up cudgels at the smallest of scenes which they find objectionable.

Here’s the bottomline – if you thought that critics of Hindu Dharma only have a problem with ‘casteism’ or what they cleverly term as ‘Brahmanism’, think again. That is just the superficial position – they don’t want Hindu society to overcome whatever social ills exist, as they do in some form or other in all human societies.

Our critics hate everything about Hindu Dharma and Hindu society, as Uppena illustrates: Even the empowering concept of grama devatha or village guardian diety which is most often a Goddess! Or the acceptance of kama (human desires) as one of the 4 purusharthas (goals) of human life – with artha (wealth), Dharma (righteous conduct, service to society) and moksha (liberation from cycle of birth and death) being the other 3! Or portraying the lack of a central authority which enforces a strict moral code as the reason for Hindus behaving in a degenerate, irrational manner!

Despite the anti-Hindu agenda being so open, so blatantly in your face, movie reviewers pretend as if its just business as usual! The masses, hooked as they or on the opium of movie star fandom, also pretend to be oblivious to the denigration of their culture and religion.

The anti-Hindu virus has now well and truly infected all forms of entertainment media – whether it is Bollywood or regional language cinema, or multi-lingual web series on OTT platforms. Unless Hindus across the country realise the true scale and depth of the forces aligned against them and stand up in unison, the future looks bleak.