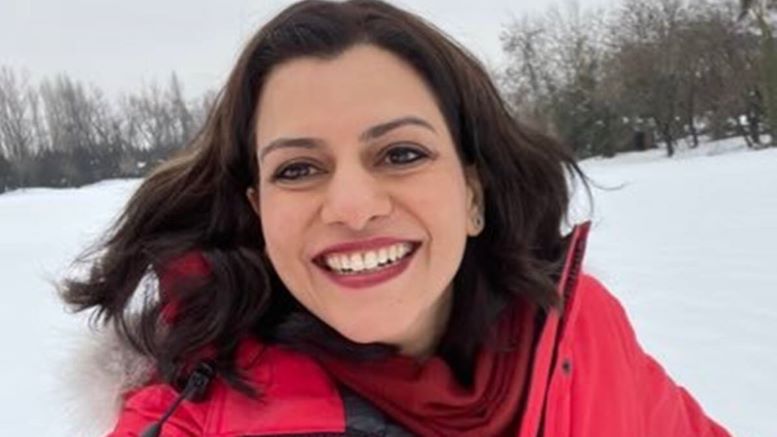 NDTV journalist Nidhi Razdan who had tom-tommed about being appointed as Associate Professor at Harvard University to teach journalism there ended up in an embarrassing comi-tragedic situation when she claimed that she had in fact been taken for a ride and that no such appointment had been made by Harvard.

Some personal and professional news: after 21 years at NDTV, I am changing direction and moving on. Later this year, I start as an Associate Professor teaching journalism as part of Harvard University’s Faculty of Arts and Sciences 1/n

Nidhi put out a detailed statement on her Twitter page yesterday where she alleged that she had been a victim of a phishing attack where she was given to believe that she would be the Associate Professor at Harvard. In her statement, Nidhi says that she was under the impression that her classes would commence from January 2021 and that the delays were due to the pandemic situation. She then goes on to say that only after observing anomalies in administrative procedures did she reach out to Harvard authorities when she found out that she had been allegedly duped.

“I did not, in fact, receive an offer by Harvard University to join their faculty as an Associate Professor of Journalism,” she said in a statement on Friday, released on Twitter.

“The perpetrators of this attack used clever forgeries and misrepresentations to obtain access to my personal data and communications and may have also gained access to my devices and my email/social media accounts.”

Nidhi further urged the Harvard authorities to initiate action while adding that she has already registered a complaint with the police in the matter.

While the former director of Neiman Journalism Lab at Harvard University Joshua Benton replied to Nidhi that the university neither had a department nor professors of journalism, Twitterati Suresh (@surnell) had pointed out way back in September 2020 that even the course wasn’t listed on the University’s website.

Wow — this is awful.

(It does have @niemanfdn! But we have no faculty and no classes. And it does have @ShorensteinCtr, but no journalism-specific faculty.) https://t.co/AiMYkcrB6Q

It is, however, hard to imagine that a ‘journalist’ would believe a University such as Harvard recruits professors via email. Nidhi has also written a detailed article narrating her ‘harrowing’ experience saying that she had no reason to suspect because everything ‘appeared’ legitimate.

…In December, I wrote to the head of HR at Harvard but didn’t hear back. Then in January I wrote to the office of the Dean of the Graduate School of Arts and Sciences. It was only earlier this week that I heard back from them telling me there was no record of my appointment and that the people claiming to be their HR staff do not exist!

This is not the first time Nidhi has been caught in a controversy. Earlier, she was found communicating with a Twitter handle run by an ISIS terrorist couple. In November 2019, she had attended a “Kashmiri” event held in the UK named ‘The Cost to Britain of the Kashmir Crisis: Is There a Solution?” Nidhi was endorsed by terrorist organization JKLF at the function.

Nidhi Razdan has also been at forefront of scare mongering over CAA-NRC. As a moderator for an anti-CAA townhall show, she facilitated the fear-mongering of Delhi CM Arvind Kejriwal who falsely stated that every Bharatiya citizen who will fail to produce their and their parent’s birth certificates will be made to leave Bharat under CAA.

Considering the history of both NDTV and Nidhi Razdan it wouldn’t be surprising if this Harvard fiasco turns out to be staged and Nidhi is simply attempting to play victim so as to escape serious repercussions of having masqueraded as Harvard’s Associate Professor without any authentic official confirmation.