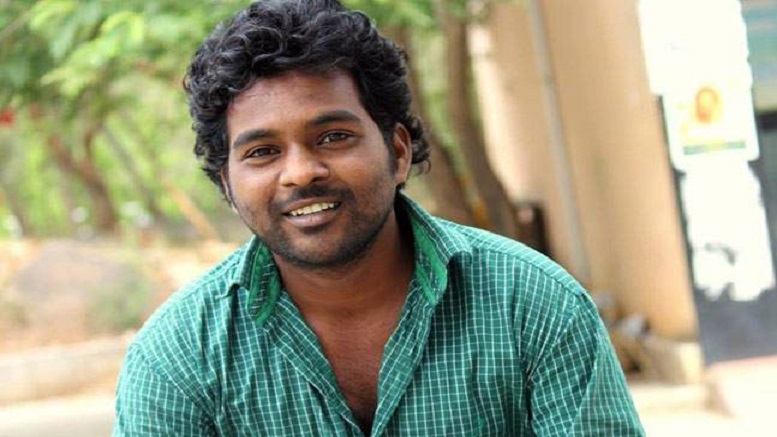 The recent tragic suicide of a young research scholar, Rohith Vemula, at University of Hyderabad (UoH) has shown the depths to which Marxist groups, ‘secular’ parties and our national media have sunk in their pursuit of manufacturing fault lines in Hindu society, playing identity politics and chasing TRPs.

What Happened to Rohith Vemula?

Rohith was one of five students of the Ambedkar Students Association (ASA) who had been on a sleep-in strike in the open on the UoH campus since they were expelled from the hostel by University authorities over a disciplinary issue. On the evening of 17 Jan, the 25-year-old Ph.D. scholar, was found hanging in one of the rooms of the New Research Scholars’ hostel.

His five-page suicide note shows a sensitive though deeply troubled mind. Some key highlights from the note (which can be seen in full here) are listed below:

What’s the background on his expulsion?

Ambedkar Students Association (ASA) had organized a protest march in UoH over the hanging of convicted terrorist Yakub Memon, with posters like “Har Ghar se Yakub Memon” (Every Home Will Have a Yakub Memon). Reacting to this, N. Susheel Kumar, president of ABVP, allegedly called the ASA students ‘goons’ for protesting the death sentence of a terror convict. Around 40 ASA students barged into his room at 1 AM and beat him up over this post.

Upon complaint from Susheel, the University authorities enquired into the matter and recommended suspension of 6 students, Rohith being one of them. After ASA protested this suspension, the University watered down the disciplinary action to only hostel expulsion. The student’s fellowship and academics was not affected and they were allowed access to their classroom, library and conferences and workshops related to their subject of study. ABVP did not protest this.

ASA continued protesting against this University decision and were doing hunger strikes, sleep-in tents etc. Affected students also approached the High Court and legally challenged the University decision. As per another student group Dalit Student’s Union of that same University, ASA had assaulted Dalit students too: Why has police booked a Union Minister and University vice chancellor under SC/ST act?

This part is not clear, as Rohith’s hand-written suicide note clearly says that “I am the only one responsible for this”. It could be due to political pressure created by the synchronized manner in which multiple student groups and political parties have tried to play up the matter.

The fact remains that the country lost a talented young scholar. Left politics on our University campuses has radicalized many young minds with the negativity of their subaltern discourse and the Sharia-Bolshevik idea of class war. This is what a Dalit scholar from JNU has to say about the sorry politics being played over Rohith’s death

They have no concern for the unfortunate #Dalit scholar, they radicalised him used him as a pawn & now capitalising on his tragic end /2

But all media houses have played up the caste angle in their mad rush to milk this tragic death. 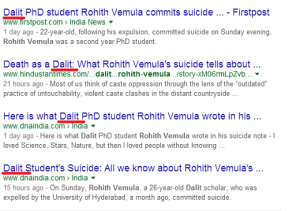 Their malafide intent is not hard to gauge for informed twitterati:

Concern for dalit lives is pretty evident. They’re not just vultures and hyenas, but also the hounds who kill. pic.twitter.com/dAhORr9yay

And the usual political opportunists have jumped in to exploit this tragedy as well.

Most tragic-comic is the Islamist groups voicing their faux support for Rohith Vemula. Any Hindu student or groups like ASA who believe the narrative that Islamists are peddling would do well to read Dr. B.R. Ambedkar’s thoughts on Islam.

Dalits are an integral part of Hindu society. The injustice and discrimination they have suffered is acknowledged by all, and is something which the State of Bharat and Hindu society is constantly working to eradicate through tangible actions. It is Dalit Hindus who are the first target of Communist-Islamist violence in places like West Bengal and Kerala, and are facing the brunt of Islamofascism in Pakistan and Bangladesh. Media and discredited political outfits should realize that their old game of divide and rule employed against Hindus will not work anymore.