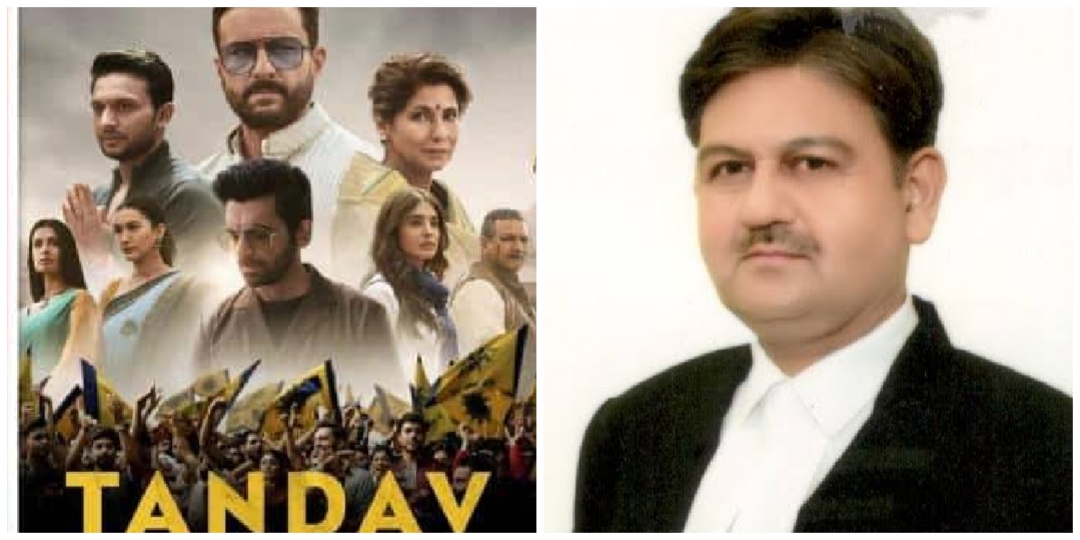 Justice Siddharth of Allahabad High Court (HC) pointed out in very strong words how Hindumisia/Hindudvesh was being promoted in popular culture while rejecting the anticipatory bail application of Amazon Prime Video’s Bharat head Aparna Purohit. Of the several scathing observations made by him was the point that mere tendering of apology or withdrawal of the offensive scenes doesn’t absolve the accused.

Justice Siddharth not only took an exception to Hindumisic scenes in the web series Tandav but also pointed out how filmmakers are abusing the liberal and tolerant nature of the majority community by repeatedly subjecting Hindu Devis and Devatas to ridicule in order to brazenly earn money. The court opined that Hindu Devis and Devatas were depicted in a bad light with the intention of inciting communal sentiments.

It has been mentioned in no uncertain terms that disrespect for Hindu Dharma as also various castes and institutions have been intentionally done in order to make the web series controversial and thereby gain publicity for the purpose of commercial gain.

We reproduce some of the important observations made by the judge in this regard to show how Hindumisia/Hindudvesh is being mainstreamed in the name of creativity and creative freedom.

Naming the series Tandav offensive to the majority community

The court was of the opinion that the name of the web series is in itself offensive and hurts the sentiments of the majority community.

“It is an onerous duty of every citizen to respect the feelings of the people of other faith even while making a fiction. The irresponsible conduct against the inherent mandate of the Constitution of India by anyone affecting the fundamental rights of a large number of citizens cannot be acquiesced to only because of the tendering of unconditional apology after committing the alleged act of crime and indiscretion.

The use of the word “TANDAV” as the name of the movie can be offensive to the majority of the people of this country since this word is associated with a particular act assigned to Lord Shiva who is considered to be creator, conservator, and destroyer of the mankind altogether.”

Justice Siddharth took exception to the lampooning of Hindu deities and believed that it was unjustifiable.

“The reference to Hindu Gods and Goddesses in the scenes in dispute in berating light cannot be justified. The advice of Sage Narad to Lord Shiva to make some inflammatory tweet on Twitter like all the students of the campus becoming traitors and raising slogans of freedom clearly alludes to the incidents which took place in Jawaharlal Nehru University and therefore, it can be considered to be a message of hate advanced through the movie.”

The court order makes it amply clear that the Hindi film industry, in particular, has time and again offended the sentiments of Hindus while adding that the situation is only going from bad to worse.

“Western filmmakers have refrained from ridiculing Lord Jesus or the Prophet but Hindi filmmakers have done this repeatedly and still doing this most unabashedly with the Hindu Gods and Goddesses. Things are worsening as is evident from the fact that an obscure stand-up comedian, Munawar Faruqui, from Gujarat made comments on Hindu God and Goddesses in a new year show at Indore and gained undue publicity on being arrested in a case. This shows that from films this trend has passed to comedy shows. Such people make the revered figures of the religion of majority community source of earning money in the most brazen manner taking benefit of the liberal and tolerant tradition of the country.”

The court also took note of many Hindi films which were made using the names of Hindu Devis and Devatas but depicted them in a disrespectful manner. In this regard, the court order observed:

“This Court further takes notice of the fact that a number of movies have been produced which have used the name of Hindu Gods and Goddesses and shown them in a disrespectful manner (Ram Teri Ganga Maili, Satyam Shivam Sundram, P.K., Oh My God, etc.). Not only this, efforts have been made to subvert the image of historical and mythological personalities (Padmavati). Names and icons of faith of the majority community have been used to earn money (Goliyon Ki Rasleela Ram Leela). This tendency on the part of the Hindi film industry is growing and if not curbed in time, it may have disastrous consequences for the Indian social, religious and communal order.

There appears to be a design behind such acts on the part of the people who just give a disclaimer in all the films and depict things in the movies that are really religiously, socially, and communally offensive in nature.”

It also held that such acts are harmful as it poisons young minds.

“The young generation of the country, which is not much aware of the social and cultural heritage of this country, gradually starts believing what is shown in the movies by the people like the accused persons in the present movie in dispute and thereby, it destroys the basic concept of the survival of this country having tremendous diversity of all kinds as a united nation. The film industry in the south has not indulged in such acts like the Hindi film industry” Justice Siddharth opined.

An apology doesn’t absolve the accused

The court also held that issuing an apology and withdrawing the scenes after lampooning and depicting Hindu deities in a cheap and objectionable manner does not absolve the accused.

“The alluding to Lord Rama gaining popularity on social media is a clear pointer to the dispute regarding the construction of Lord Ram’s temple. The dialogue between the two Hindu Gods in episode 1 is shown in a very insidious manner. Devakinandan is abusing the man of lower caste working as a cobbler. Comment has been made regarding grant of reservation to scheduled castes.”

Besides hurting the sentiments of Hindus, the series has also attempted to widen the chasm between castes at a time when the government is trying to bridge the gap to make the country a united force socially, communally, and politically, the court order read.

Unregulated web content is being used by filmmakers to mainstream Hindumisia (Hindudvesh) and the above judgment only confirms what Hindus have been saying for a long time. However, there is another important observation made by the judge that must be mentioned.

“This Court takes further judicial notice of the fact that whenever such crimes are committed by some citizens of the country, like the applicant and her co-accused persons, and it is made the subject matter of demonstration and public protest, the forces inimical to the interest of this country become active and they make it an issue and raise it before different national and international forums alleging that the Indian citizens have become intolerant and “India” has become an unsafe place to live. Even in the liberal democracies of the West, it becomes a topic of debate, and Indian diplomacy has to face a tough time protecting the interest of the country and assuring the international community that the protests made against such acts are stray and genuine and it is not mark of any intolerance in the country as a whole.”

Not only are filmmakers deliberately promoting anti-Hindu content but they are also joining hands with anti-Bharat forces to intentionally present Bharat and Hindus as intolerant. Furthermore, as observed by the court Hindudvesh has now become a means to gain cheap popularity and earn money.