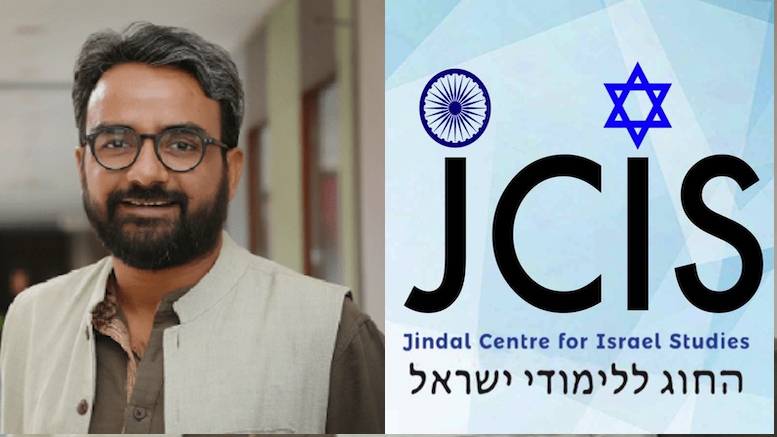 Secular-liberal rage knows no bounds. Frothing at the mouth that their hitherto captive audience, the English-speaking middle class of Bharat, is growing a mind of its own and that the liberal veto on policy making is dissipating, this cabal is using every possible forum to spew invective against PM Modi and his Government.

Ex-foreign secretary Kanwal Sibal has written about how Indian journalists are maligning the Modi Government abroad over CAA. Well, Indian left-liberal academics are as committed to the same mission.

Let’s turn our attention to two articles written by Khinvraj Jangid, Assistant Professor and Co-Director at the Jindal Center for Israel Studies at the OP Jindal Global University in Haryana, for the influential Jewish left-leaning newspaper Haaretz –

This article is a long-winded diatribe against the Modi government’s “appropriation” of Gandhi. Jangid, who holds a PhD in Politics from School of International Studies Jawaharlal Nehru University, laments that “Gandhian non-violence and humility have been so publicly abandoned by the very leaders who claimed him as their own in 2019.”

It’s true that non-violence was an obsession for Gandhi. This is what he advised to Hindus in April 1947 during the pre-partition riots –

“Even if the Muslims want to kill us all (Hindus) we should face death bravely. If they established their rule after killing Hindus we would be ushering in a new world by sacrificing our lives.”

Should a country, a civilizational state like Bharat, behold itself entirely to one man’s views on anything and everything under the sun? Gandhi was also vehemently against machinery, mechanization and urbanization – are those ideas practical?

Ironically, Jangid himself provides the answer on why Gandhian ‘absolute non-violence’ has been put in cold storage by every Indian Government since Independence. He writes –

“One of Gandhi’s most non-negotiable principles regarded non-violence – ideational as well as physical. To him no violence was legitimate, even if it was sanctioned by the state….he called for the exercise of non-violence and civil disobedience against the Nazi party in Germany. He didn’t reply to a letter from the famous Jewish philosopher Martin Buber, who managed to flee Nazi Germany in 1938, who wrote a letter to him asking how could Jews could really fight their extermination in the Holocaust with non-violence.”

The Nazi holocaust and murder of 6 million Jews was what finally convinced the Jews that they need their own nation-state, where their right to live is assured by a strong military deterrent and the use of state-sanctioned violence against those who wish to annihilate them. So ‘absolute non-violence’ and the founding ideology of the State of Israel are poles apart. The state religion of Israel, Judaism, is not categorically pacifist – it permits violence for self-defense.

There is such a massive contradiction between what Jangid is selling and what every Israeli Jew’s lived experience tells them, that one wonders how Haaretz even allowed Jangid’s rant to pass their editorial checks. Maybe liberal affinity trumps common sense, even in Israel.

Gandhi slept with naked young women, including his own great-niece, in order to “test” his commitment to celibacy – is this worth emulating? Will liberals like Jangid advocate total adherence to other views of Gandhi, sometimes contradictory & confusing, on topics like cow protection or caste?

Gandhi like all human beings was a complex figure. He deserves to be studied and understood, but not worshipped. Liberals claim to be rationalists and wary of personality cults, but when it comes to Gandhi they want all Indians to worship him as per the liberal imagination of the man.

Now, lets look at another article written by Jangid for Haaretz –

This article starts by distorting the intent and actual provisions of the Citizenship Amendment Act. It states –

“Last week, Modi’s government passed an amendment to India’s constitution – the Citizenship Amendment Act 2019 (CAB) – which changed the criteria determining who can be a citizen of India. The three-page document is entirely detrimental to India’s founding secular democracy: it establishes religion as a key component of citizenship.

The law means that any person belonging to the Hindu, Sikh, Buddhist, Jain, Parsi or Christian communities who comes from Afghanistan, Bangladesh or Pakistan can apply for Indian citizenship. Muslims from these countries are excluded.”

One just has to click on the link to the original text of the Act that Jangid himself provides, to see the kind of falsehoods he is peddling. The CAA provides a one-time exemption from being treated as ‘illegal immigrants’ to refugees from 6 religious minority communities of Afghanistan, Bangladesh or Pakistan, who have already entered Bharat on or before 31 Dec 2014. It relaxes the requirement of residence in Bharat for citizenship by naturalization from 11 years to 5 years for these refugees, thus enabling those who entered on or before 31 Dec 2014 to get immediate citizenship.

How is this amendment ‘establishing religion as key component of citizenship’? How is such a context-specific and one-time provision affecting rights of Muslim citizens of Bharat? Why are liberals like Jangid so desperate to hide the ugly reality of minority persecution in Islamic countries of South Asia, and why do they want to deny basic rights to long-suffering refugees?

After this, the article degenerates into the usual left-liberal tropes against RSS & Hindutva, decrying abrogation of Article 370, and spreading more brazen falsehoods like –

“citizenship bill…has created the unconscionable situation whereby Muslims, not any other religious group in India, have the burden of proving they belong to India.”

What? How is the Citizenship bill burdening Muslims of Bharat to prove that they belong? Even a tenth-grader would know that CAA has nothing to do with existing citizenship rights of any citizen of Bharat, Muslim or otherwise.

However, what takes the cake is Jangid’s use of Israel’s founder and first PM from 1948-63, David Ben-Gurion, to further his propaganda. It was under Ben-Gurion’s watch that Israel enacted the Law of Return, allowing every Jew to immigrate to Israel. The primary principle of Israeli citizenship is jus sanguinis (citizenship by descent) for Jews and jus soli (citizenship by place of birth) for others.

One daresay that Ben-Gurion would have most likely welcomed the CAA enacted by Modi Government and upheld Bharat’s sovereign right to offer refuge to those brutally persecuted under Islamic regimes.