Bollywood lyricist and writer of Karan Johar’s upcoming movie Takht, Hussain Haidry, is known from his rabid hate for Hindus and Jews. He has justified the genocide of Jews by Hitler, called for the beating up of ‘upper caste’ Hindus, and yesterday got up at 4 AM in the morning to tweet this: 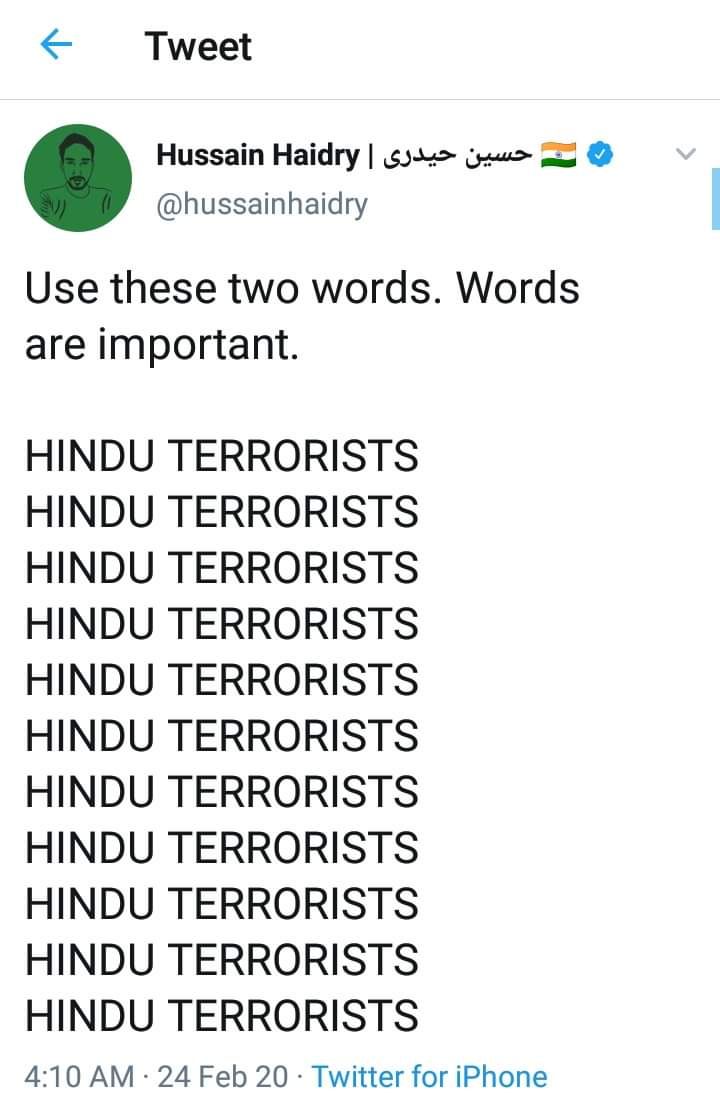 We have known Bollywood to be pseudo-secular to the point that they walk miles to paint Hindus in black and Muslims in white, even in movies based on Islamic terrorism. For every terrorist act carried out by one bearing a Muslim name, these people have preached ‘Terrorism has no religion.’ But when one of their colleagues came out making such an outrageous statement on social media, no one among them showed up to school him. But he was confronted by furious Hindus and was compelled to delete his tweet and deactivate his account.

The new Islamist in town has forgotten that the internet neither forgives nor forgets, and all his tweets are present in someway or the other on the internet.

Here is a tweet from him encouraging people to barge into homes to beat up upper caste Hindus with shoes and demand they not vote for BJP. This poet of sorts had once said all the prevailing unrest was ‘Hindu sponsored terrorism’. But the nation stands witness to how the anti-CAA mobs have turned the capital city into Syria in the last few days. 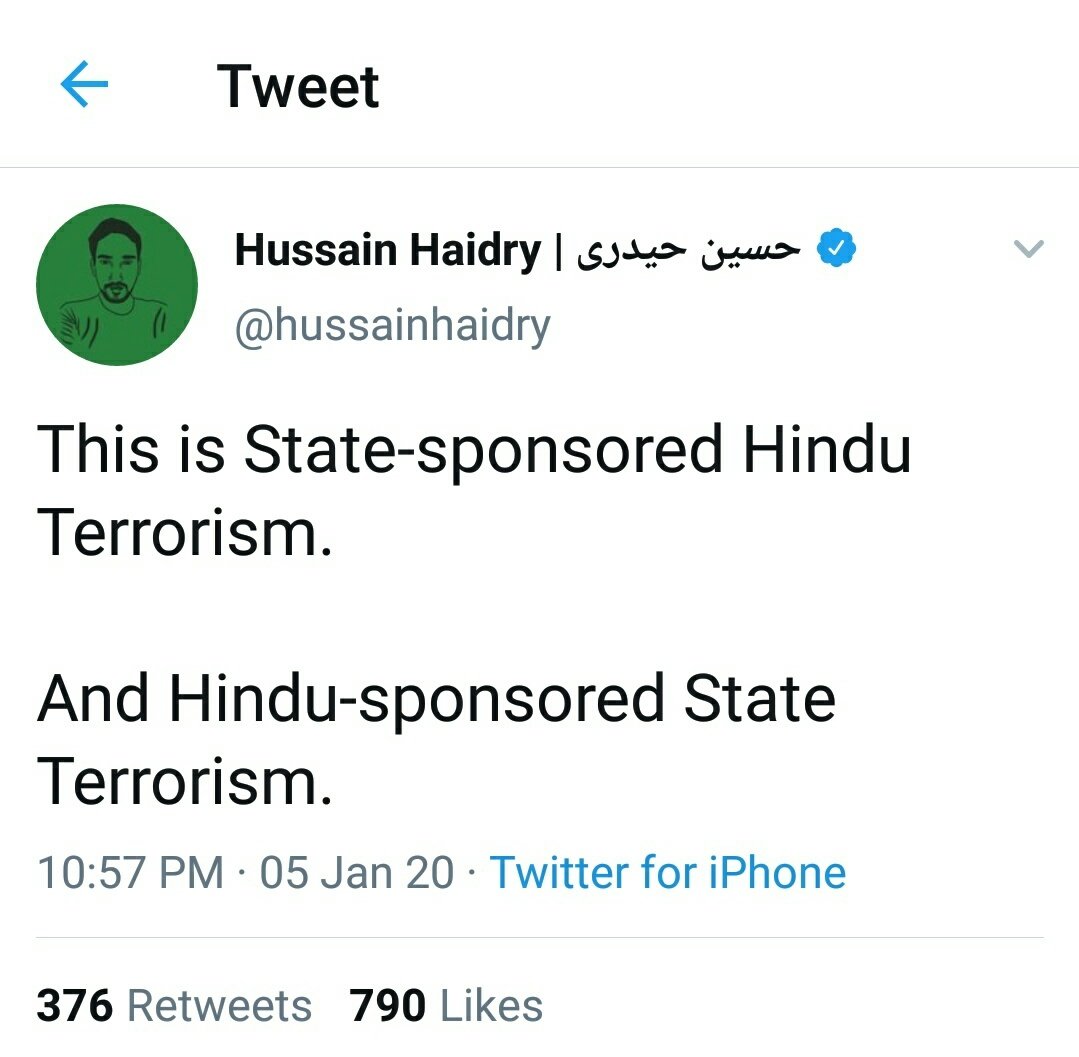 He presumably forgot that he belongs to a community where overwhelming majority of women are still treated in a medieval manner – kept hidden under black robes, slapped with Triple Talaq at the sweet will of her husband, made to go through the stomach-turning practice of halala, made to suffer female genital mutilation, hardly allowed to work or even step out of home without a male companion – when he sent this tweet about the ‘Upper caste Sanghi’ treatment of women. It is shocking that a producer like Karan Johar, who owns one of Bollywood’s most reputed banners, would employ such a bigoted religious supremacist. Did Karan Johar forget that the largest section of the multiplex-going audience that make his movies blockbusters are the ones his lyricist/writer is daily spewing venom on?

Countries that have been globally recognized as state sponsors of terrorism at some point or the other are Pakistan, Iran, Sudan, Syria and Libya – none of which follows Hindu Dharma as their state religion. Reputed as the ‘paradise for terrorists’ is the Islamic republic of Pakistan.  Several European countries are struggling with law & order after accepting hordes of Muslim refugees, there are no-go zones in London, Stockholm, Paris where even the police thinks twice before walking in – none of these countries took in Hindu refugees from Pakistan and Bangladesh though.

The man who flew into the twin-towers on 9/11 was Mohammad Atta, an architect. A now-struggling Bollywood director may name him Ram Chandra if she ever decided to make a movie on the 9/11 attacks, but despite desperate attempts of Islamists like Haidry, the truth cannot be buried. Those who exploded themselves while people prayed in a Sri Lankan church on Easter last year were not from any Hindu outfit.  Grooming gangs in England preying on young girls are not run by ‘upper caste’ Hindus.  But this Bollywood radical has the nerve to type “Hindu Terrorists.”

Now let us address the Gujarat riots of 2002.  For every 100 mentions of terror attacks that apparently “have no religion”, the secular camp fanning the ego of Hussain Haidry has only one rebuttal – Godhra.

These faux-liberals need to be reminded 2002 times everyday that the Gujarat riots were triggered by the ghastly burning of coach S-6 of Sabarmati Express in Godhra – an attack meticulously planned by local Muslims, including Congress corporator Farooq Bhana – in which 59 Hindus, including 15 children, were burnt to death.

Anyway… this will go on because nothing sells like fake secularism in this industry.  One feels sad for Javed Akhtar and Naseeruddin Shah – there is new and tough competition for them.