If the FCRA Bill kills anti-Bharat NGOs, so be it 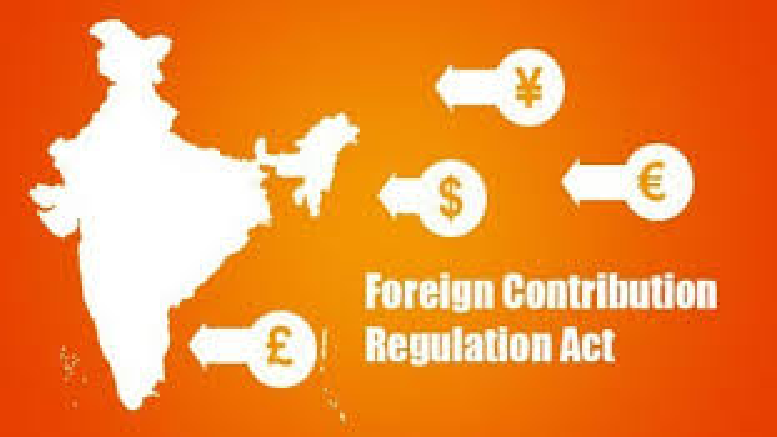 The Opposition’s efforts to stir trouble over the Foreign Contribution (Regulation) Amendment Bill, 2020, passed by the Rajya Sabha on September 22 on the ground that it will kill the local voluntary sector holds as much water as the canard circulated by politician led rich farmer lobbies, especially in Punjab and Haryana, that the three radical pieces of legislation on the farm sector would put poor farmers at the mercy of corporates and sound the death knell of mandis, government procurement, and deprive them the cushion of the minimum support price.

The FCRA Bill effectively cautions frontline global NGOs Amnesty International, Greenpeace, Oxfam, and their puppets funded by anti-Bharat agents comprising big cat philanthropists against misusing their vast resources for political ends. The Bill is a loaded gun of sorts primarily aimed at the Jewish-American money bag George Soros, the Bill and Melinda Gates Foundation, Ford Foundation and their ilk. Implicit is the message that their dubious track record of relentlessly chipping away at the country’s national interest in the name of human rights cannot and will not be ignored anymore. HR’s broad umbrella covers the entire panoply of minority rights, gender issues, and religious persecution.

Soros’ speech at this year’s World Economic Forum (WEF) meet at Davos was tantamount to throwing the gauntlet at nations who disagreed with his Leftist worldview. He said he had committed a billion dollars to fight nationalism and nationalists. This should leave no one in doubt that foreign funded NGOs need to be given a stark option: discipline or quit. The Budapest born nonagenarian sees the creation of a Hindu nationalist state by Narendra Modi as the “biggest and most frightening setback” to world democracy. The FCRA Bill puts him and his cronies in place.

The Bill’s passage had an electric effect. Amnesty was the first to announce it was shutting its Bhartiya operations following the government’s decision to freeze its bank accounts. Repeated violation of FCRA norms on several counts, specifically the failure to renew its registration after 2001 prompted the action. Crores of rupees were funneled into multiple accounts with no record of how they were spent. Bodies like Amnesty have never been into social upliftment. Bad mouthing the country with anti-government fulminations in Kashmir, North-East, and other trouble spots is given top billing. The bozos at Amnesty overplayed their cards by demonizing the security forces as a bunch of rapists and killers. Contrast this with their refusal to speak out against the worldwide jihadi onslaught, Islamic terrorism, or the Chinese pogrom against the Uighurs, and their political agenda becomes clear.

The FCRA Bill hits Left-leaning NGOs where it hurts: monitoring the flow of funds by getting them to open an account with the State Bank of India in Delhi; capping administrative expenses at 20 per cent from the existing 50; and banning public servants from receiving foreign funds. Co-opting public servants and influential bureaucrats, both serving and retired, on the global NGO boards as CEO/chairperson is a widespread practice. It helps to attract foreign funds from agencies working in cahoots with Break Bharat forces comprising the tukde-tukde brigade and their cheerleaders.

Leading the devious lot is advocate Indira Jaising who runs a Leftist NGO, Lawyers Collective, and ex-bureaucrat Harsh Mander, chairman of the Human Rights Initiative Advisory Board owned by Soros’ Open Society Foundation. Mander also runs his own pretentiously named NGO, Karwaan-e-Mohabbat. Free flowing funds on which they have fattened for decades are routed to handpicked smaller NGOs, many of whom divert them to fulfill the nefarious political agenda of the benefactor.

Doubtlessly hundreds of small NGOs are doing genuinely good work in the fields of health, education, environment, social upliftment, micro financing, and gender related issues. It is the big bad fishes on whose munificence they depend which have polluted the waters of the voluntary sector. Globally networked organizations like Amnesty and Oxfam have a sinister anti-Hindu blueprint which remains well hidden beneath the maze of charitable work involving child-care, orphanages, disease eradication, education etc., areas in which most governments in developing countries are found deficient. This gives them the opening to unspool their larger agenda of conversion and cultural sabotage.

Western philanthropy deeply anchored in the Church’s evangelical messaging has never been selfless. It carries a cost which transcends the fiscal. Its aim is to supplant, not support. The underhand activities of Leftist NGOs have always been a source of concern. Successive governments preferred to look the other way regardless of their political orientation. Most NGOs have long been sitting ducks for a crackdown, howsoever belated. In fact, were it not for Amit Shah, the Union Home Ministry may never have acted with such pertinacity. The FCRA amendments bear the stamp of Shah.

The inter-continental connectivity and financial resources of Amnesty and Oxfam is mindboggling. Much as they would have us believe that they do not take money from governments, their proximity to the European Commission and the British government’s Department for International Development (DFID) is no secret. The pay and perks of their top executives have a corporate flavor. Professional affiliations among top NGOs often border on the incestuous, making them even more dangerous.

The current chief executive officer of Oxfam, Amitabh Behar, was also on the board of Amnesty India. He was also the executive director of the National Foundation for India as well as the convener of the National Social Watch Coalition. In an earlier assignment he co-chaired the Global Call to Action Against Poverty, a network of over 11,000 civil society bodies. Behar’s job profile prominently advertised on Oxfam’s website gives a fair idea of the influence he wields across continents.

That NGOs have become a mill round the government’s neck is evident from their numbers, a whopping 31 lakh according to figures submitted by the Central Bureau of Investigation to the Supreme Court. There are more NGOs per 1000 people than schools, hospitals, or policemen. Very few manage to raise funds on their own. Since most depend on the big ones for survival, they have no option but to do the bidding of the big brother. Failure to act against their toxic agenda is the main reason behind the sharp rise in foreign contributions from Rs 13 lakh crore in 2015 to more than Rs 18 lakh crore in 2018.

It is fanciful to suggest that the problems of NGOs with the government began with Modi’s political ascendancy. Nearly 900 were blacklisted on charges of misusing funds, and another 40,000 deregistered after the protests over the Kudankulam nuclear project in Tamil Nadu during the UPA2 era. The registration of nearly 20,000 more has been cancelled in the last six years. Thousands more may need to be proscribed should they persist with their subterranean activities.

The poison spewed by urban Naxal and HR activist Gautam Navlakha, one of the five agent provocateurs of the Bhima-Koregaon violence in January 2018 along with Varavara Rao, Arun Fereira, Sudha Bharadwaj, and Anand Telumbde tells of the dangers posed by radical elements working in close proximity with Leftist NGOs. Navlakha, a member of the People’s Union for Democratic Rights (PUDR), has openly advocated armed rebellion against the state. Not for nothing did the Supreme Court reject his bail application and direct him to surrender to the National Investigation Agency (NIA) after his arrest was ordered under the Unlawful Activities (Prevention) Act.

The intimacy of Leftist NGOs with enemies of the state, both internal and external, is an old one. Dr Binayak Sen, a pediatrician, and his late wife, Elena, ran an NGO called Rupantar which trained and deployed community and health workers across a score of villages in Chhattisgarh. Christian by religion, he was a full-time Naxalite agent in the garb of a doctor who never practiced his profession with any seriousness. Booked for sedition and conspiracy in 2007, he was sentenced to life imprisonment in 2010 by the Raipur Sessions Court. The Supreme Court gave him a bail in 2011 without assigning reasons, and the UPA promptly appointed the Maoist sympathizer an advisor in the Union Health Ministry.

Sharad Chandra Behar, a retired IAS officer and a well-known affiliate of Left-leaning NGOs, confessed to his writer that NGOs are compelled to be anti-establishment. Otherwise there is no way they can distinguish themselves from RSS run bodies like the Vanvasi Kalyan Parishad or Sewa Bharati. Work in the social sector, he says, cannot be inoculated from politics. NGOs, he says, are into non-electoral politics. What compels foreign funded NGOs to adopt an anti-Hindu, anti-national agenda is a query he evades though the answer has always been blowing in the wind: He who pays the piper calls the tune.