Local and temple administration under Rajaraja I Chola 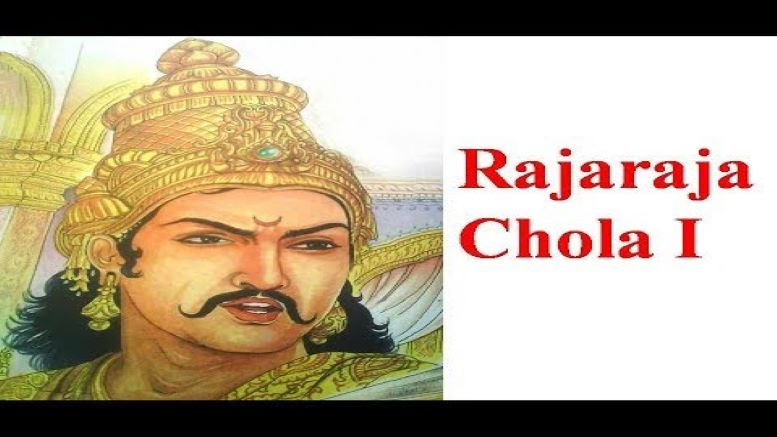 Having learnt of (Read Part 1, Part 2 and Part 3 here) Rajaraja’s ascendance to the throne and his military genius as well as the central administrative machinery set up, we shall now turn our attention to local administration that was free from central interference.

Hierarchical local self-government based on democratic principles was the outstanding feature of Chola administration. The Chola officials participated in local affairs as mere observers and not as administrators.

KA Nilakanta Sastri reiterates the point that every village was a self-governing unit run by councils which were known by different names depending on the type of the village. The Uttaramerur inscriptions issued by Parantaka I Chola, dated to the eighth century gives details regarding the constitution of local councils, methods of candidate selection, eligibility and disqualification of candidates and their powers and duties.

Rajaraja didn’t merely continue the tradition of independent local self-governance but put systems in place that would ensure their smooth functioning such as providing revenue grants and appointing officers to look after local disputes.

He was the first Chola ruler to order an extensive land survey and ensure careful maintenance of land rights records based on accurate surveys. He also created a system of regular surveys in order to keep the records up-to-date.

Local administration was streamlined by setting up local bodies to look into the day-to-day affairs. Village assemblies were known as Sabhas and Urs and Nagarams were Municipal Councils which generally governed the everyday affairs of towns and cities in general and trading centres in particular.

General Assembly of villages occupied by all castes of people was known as Ur comprising of all ordinary tax-paying residents. Ur was ruled by an executive committee called the Alunganattar. Although membership was open to all male adults, it was generally dominated by village elders.

Brahmadeya villages were administered by assemblies known as Sabhas or Mahasabhas.   Members were elected through pot ticket methods and functioning of the Sabhas was carried out by committees called Variyams.

In large townships, both Urs and Sabhas existed side-by-side and it was not uncommon for the latter to guide the former in such cases. The Ur also willingly accepted the Sabha’s guidance. Nagarams were city/town Municipal Councils which were more commonly found in trading centres. They were also ruled by an executive committee and general assembly which mainly comprised of merchants.

All major activities and decisions of these assemblies and committees were finalised through meetings and discussions. Members of the executive bodies and other committees were elected, from among eligible candidates, through a draw of lots by small boys.

It was mandated that every local unit (village or town/city) maintain accurate registers of area, ownership, common services, tax collections, exemptions, judicial records, etc. There were two types of registers; one pertaining to the functioning of the village and the second one related to local transactions that were retained in the royal palace.

It was necessary that separate registers were maintained for various functions such as taxations, commerce, judiciary etc. and there were separate functionaries to maintain each register.

Under the Cholas, temples were economic centres which provided employment and sustained many families. Great importance was given to making land grants and other revenue arrangements for and ensuring the maintenance and proper administration of temples.

At the beginning itself, it was decided whether dues to the temple were to be paid in cash (gold) or kind (paddy) or both. In case the payment was in kind, paddy was to be measured using a marakkal (unit of measurement) known as Adavallan which was the prevailing unit of grain measurement.

Elaborate administrative machinery was put in place for administering the temple. Brahmanas rich in land, connections or capital was appointed as temple treasurers, brahmacharins were selected to work as temple servants and accountants were appointed to maintain the temple accounts.

Besides every temple also had watchmen, men and women temple servants, representatives for each shrine within the temple complex, superintendents, religious heads, priests, registrars of treasury records, temple registrars, gardeners and wards.

This elaborate administrative mechanism put in place by Rajaraja, after refining some of the administrative features of his predecessors and one that was carried forward by his successors for at least a couple of centuries, was a testimony to his intelligence and innovativeness.

It is important to mention here that Rajaraja’s (and that of Chola rulers in general) administration was free of caste bias and emphasis was laid on efficiency rather than caste/birth/family.

The Cholas created a highly civilized rule and society where the king did not suffer from arrogance and considered himself a mere servant of the people who chose his officers on the basis of merit.

The caste make-up of government officers under Rajaraja I Chola busts the myth of Brahmin supremacy as the following extract from Dr R Nagaswamy’s book (Tamil Nadu The land of Vedas) shows.

In the concluding part of this series, we would bring the architectural marvels commissioned by Rajaraja that prove both his religious piety and the emphasis he laid on promoting artisans.