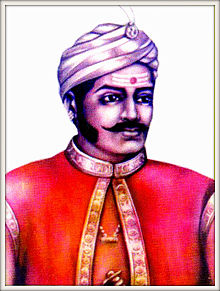 Compared to norther regions of Bharat which saw frequent invasions by Muslims from 7th century onwards, southern regions like Kerala were not affected by jihad till around the 16th century. But the non-muslims of Kerala suffered horrific and sudden jihadi attacks within past few centuries like the jihad of Hyder and his son Tipu, 1921 Moplah jihad etc., which led to mass conversions of Hindus into Islam and destruction of temples in various regions. Due to these jihads, Malabar region which was once a Hindu majority area, saw rapid rise in Muslim population within few centuries.

If we are to trace the roots of jihad in Kerala, we must go back several centuries to the time when the Samuthiris or Zamorins (the Hindu Nair kings) were ruling Calicut, and Malabar was a politically significant region of Kerala.

During this time, the local Moplah Muslims had enjoyed patronage from the Zamorins and enjoyed all freedom to practice their religion in his kingdom. The chiefs of the naval forces of Zamorins were also traditionally Moplahs and they were known by the tile of ‘Kunjali Marakkars’.

But by 1600s, after Zamorins and their forces had defeated the Portuguese, the Kunjahli Marakkar of that time challenged the Zamorin by building his own fortress and by claiming himself as king of Moplahs and lord of Bharat’s seas. He also cut off the tail of one of Zamorin’s elephants (thus obviously triggering an elephant rampage) and when the Zamorin sent one of his Nair agents to demand an explanation for the deed, Marakkar abused the agent. This betrayal of Kunjali Marakkar and his Moplahs angered the Zamorin and he allied with remaining Portuguese forces to defeat the Moplahs and capture Marakkar. After capturing Marakkar, the Portuguese executed him.

Around the same period, during 1600s in Travancore part of southern Kerala, a Mughal raider came raiding through Tamil lands and also converted Hindus of that part. But the Nair forces of Travancore with a commander named Kottayam Kerala Varma was successfully able to put an end to the jihad of that Mughal raider. We had written on it before in detail.

After the initial betrayal by moplahs, till 1700s the moplahs were quiet and were looking for an opportunity to attack Zamorins. Ali Raja of Kannur, the only muslim royalty of Kerala gave up his loyalty to the Zamorin and sided with Hyder Ali of Mysore when he came to power in 1700s by threatening to attack Zamorin and his Nairs. Ali Raja invited Hyder Ali to invade Malabar. The Zamorin and his Nairs did fight back against forces of Hyder, but with the support of local Moplahs as well as foreign forces like the French, Hyder’s forces were the winners.

After Hyder, his son Tipu also invaded Malabar and thousands of Hindus and their temples were destroyed during his jihad. Many Hindus also fled to southern parts like Travancore to seek asylum from the jihad of Tipu. However, Tipu and his forces suffered a horrible defeat at the hands of the Nairs in Travancore during the battle of Nedumkotta. Tipu broke his own leg and ran off, while the Nairs were able to recover his sword and ring from the battleground. He however came back a second time. But this time the region was flooded due to heavy monsoon and he abandoned his plan to invade Travancore. Pretty soon after this retreat, Tipu was killed by the British during the battle at Mysore.

During late 1800s there were Muslim attacks here and there. During 1852, 1880, 1885, Muslim jihadis killed many Hindus (including Dalit Hindus) and destroyed temples. Hindu Nairs however were able to fight back against these jihadists and kill them off. For example, in 1852, Nairs under a warrior named Kalliat Nambiar managed to kill the muslim jihadists. The Nairs were not fully disarmed by the British in 1800s, but by 1921 they were disarmed and martial practices like Kalaripayattu were banned due to anti-British activities of Nairs. This made the Hindus defenseless during the jihad of 1921 which led to mass ethnic cleansing of Hindus from Malabar. 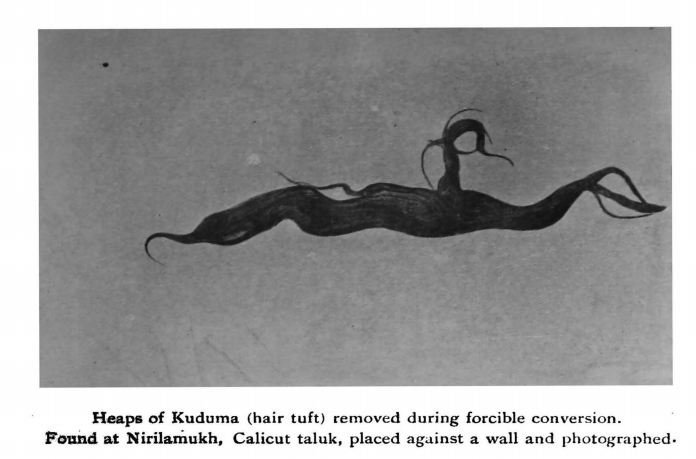 Kerala is currently one of the states in Bharat with a large percentage of muslim population (27%); radicalization among Muslim youth here has increased dramatically as can be seen by cases of recruitment into Islamist terrorist organizations like IS, Al-Qaeda, Lashkar-e-taiba etc. in recent years. Hindus constitute around 54% of Kerala population according to 2011 census (down from 56% in 2001). If Hindus don’t wake up to their past and present and take necessary steps, they’ll become a minority and face more ethnic cleansing in the future.

Note: This article is jointly written by @dauhshanti and @paanchajanyaa