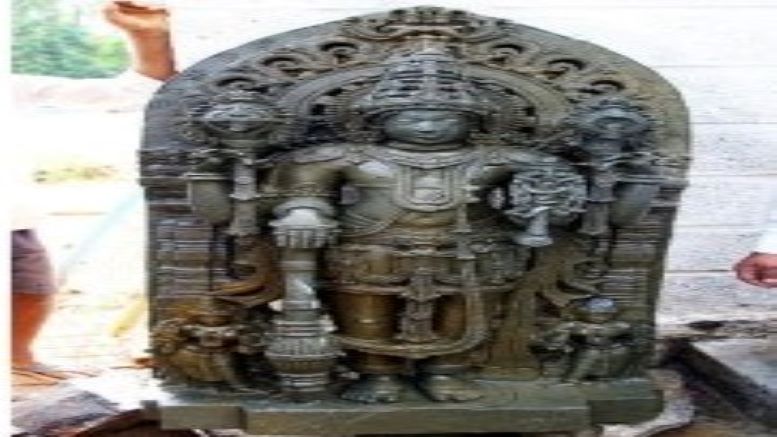 A murti of Bhagwan Sri Hari Vishnu that resembles Belur’s Chennakesava dating back to the 12th Century Hoysala Era has been unearthed on Tuesday (March 24). The murti was unearthed during sand extraction at Hemavati river in Sakleshpur Taluka’s Hale Beluru village.

Reports state that the murti was kept covered in sand by those who excavated it till the authorities who had been informed arrived. Other than light scratches while lifting using the excavator machine, no other damage to the murti has been reported.

The village houses a Chennakesava temple that dates back to the Hoysala Era. The temple, which was in a dilapidated condition, is being renovated at present. The excavated murti has been kept in the temple and villagers performed puja after cleaning the murti.

Tahsildar HB Jayakumar paid a visit to the spot along with police officials. Deccan Herald quoted the Tahsildar as saying “The beautiful statue resembles that of the Hoysala period. This has been brought to the notice of the Deputy Commissioner. The future course of action would be taken as per his suggestions”.

In the meanwhile, villagers have asked the authorities to return the murti to the temple after research by the Department of Archaeology and Museums is completed.