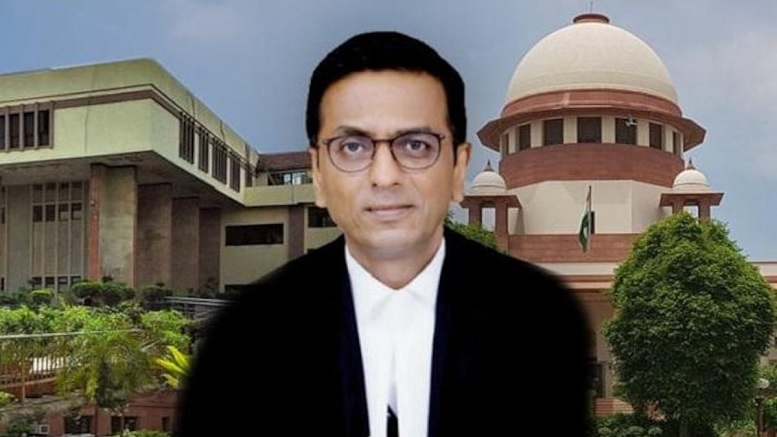 Our judiciary’s structural issues and lack of accountability are now widely known. In yet another demonstration of the double standards and ideological bias of the highest court of the land, the SC refused to deploy central forces for upcoming elections to 106 municipalities in West Bengal.

The ongoing municipal polls have already seen weapon-wielding TMC goons patrolling streets, abduction of and assault on Opposition candidates, rigging and fake voting earlier this month, yet the SC bench presided by Justice D Y Chandrachud dismissed the plea by BJP leaders Mousumi Roy and Pratap Banerjee challenging the February 23 Calcutta High Court order, which had left the decision whether or not to deploy central forces to the State Election Commission (SEC), but did not elaborate the reasons.

Leader of Opposition Suvendu Adhikari had called the disgraceful scenes on the last polling day, February 12, as ‘murder of democracy‘. Emboldened by the SC’s inaction over the horrific post-poll violence unleashed by TMC cadre after last year’s polls, Mamata Banerjee is continuing with her fascist tactics.

During the hearing yesterday, Solicitor General Tushar Mehta expressed the Centre’s readiness to grant the request for forces if the court directs. He referred to the November 25, 2021, order of a bench also headed by Justice Chandrachud to deploy additional central forces to ‘ensure peace’ during local body polls in Tripura.

“Your Lordships have decided not to entertain this. But in the Tripura elections matter, the court had asked if the government can do something. I may submit that we have no problems in deploying the forces,” said Mehta.

At the time, mainstream media had amplified the TMC propaganda that they were being targeted by the ruling BJP government in Tripura. TMC had started that scripted campaign to take attention away from the barbarity unleashed on BJP supporters in West Bengal. Petitions filed by TMC and fake new peddler senior advocate Prashant Bhushan over Tripura were immediately taken up for hearing by SC.

Justice Chandrachud even demanded whether police had taken action against an alleged incendiary speech made in August 2021 by a Tripura BJP MLA. One has lost count of the incendiary speeches made by Mamata and her MLAs – not once has a SC judge even acknowledged those, leave alone ask for an action taken report!

But this time around, the SC bench also comprising Justice Surya Kant was not inclined to entertain the BJP plea and went on to dismiss it. Appearing for the appellants, Senior Advocate P S Patwalia said earlier too, the High Court had left it to the SEC to decide whether or not to deploy central forces for the initial phase of polling on February 12. The SEC decided against it and there was widespread violence and vote rigging, he contended.

Accusing the SEC of favouring the ruling party and government, and non-application of mind, he said the poll body relied on the official newspaper of the ruling Trinamool Congress to deny allegations of poll-related violence. The petitioners, he said, had brought on record newspaper reports on the violence.

“Incidents have been reported in the media of false voting, law and order situation has arisen. This was not a stray incident. The elections have been plagued with violence,” said Patwalia. But the state denied all the charges, he added.

“We said there are two schemes of the state government which were stopped and which have now been allowed to continue. In those schemes they are giving title deeds of land, various other benefits and therefore this also has wrongly been done,” said Patwalia, citing violation of model code of conduct.

“We have said one municipal council is a particularly sensitive municipal council as it is in Nandigram where the Hon’ble CM had contested and lost,” said Patwalia. “The State Election Commission surprisingly passes an order one day before our application was to come up that the EVM in that municipality will not have a seal. This order is impossible to understand.”

The commission in its response relied upon a newspaper which is the official newspaper of the TMC to say there is no violence,” he said.

PM Modi has been calling for ‘one nation, one election’ for years now, in order to streamline the electoral process, save time and money, and most importantly to bring the focus on governance instead of endless campaigning and political bickering.

The fact that our judiciary refuses to acknowledge the gravity of the situation in West Bengal even after last year’s post-poll violence when up to 1 lakh people got displaced (thousands had to take refuge in neighboring states), over 50 were brutally murdered, and 7000 women were raped or molested – shows that this critical institution has been completely hijacked by Hinduphobic elites like Sibal, Bhushan, Jaising and others in the Nehruvian Lutyens lobby. Ex-CJI Rajan Gogoi has clearly elucidated how this lobby arm-twists judges and interferes in due process.

“Independence of judiciary means breaking the stranglehold of half-a-dozen people over it. Unless this stranglehold is broken, judiciary cannot be independent. They hold judges to ransom. If a case is not decided in a particular way advocated by them, they malign the judge in every way possible. I fear for the status quoist judges who do not want to take them on and who want to retire peacefully” Gogoi was quoted as saying.

“Justice (JS) Verma made a statement, Justice (SP) Bharucha made a statement. Did anything happen in this country? None of these Rs 1-crore-per-day lawyers spoke up. They have appeared before all the judges whom they condemned subsequently. So, what’s the point talking about it?”

Both Verma and Bharucha were former CJIs, serving during 1997-98 and 2001-02 respectively. In 2010, former Law Minister and senior SC advocate Shanti Bhushan, told an open court that as many as eight of 16 former CJIs were corrupt.

As Jaggi argues in this Swarajya article –

The simple truth when we talk about judicial corruption is this: for every hand that receives a reward from interested parties for delivering a particular kind of judgement, there must be at least one lawyer and one client who must be paying for it.

In short, two of the three parties involved in corruption are not judges themselves. So talking about judicial corruption without talking about the “Rs 1 crore” lawyers is tantamount to evading the obvious. It is the middlemen lawyers who enable corruption.

In any case, no one bothers to ask why some lawyers can get paid as much as Rs 1 crore per appearance unless the money is also partly about using their “influence” with judges. We can’t generalise here, but high-priced lawyers are paid mind-boggling fees not only for their legal expertise, but for something that is an undefinable “extra”. (Read here about what high-priced lawyers charge for appearing in courts)

Ideological bias of ultra-liberal judges like DY Chandrachud – he considers the role of a judge as one of ‘transforming society’ – is also blatantly evident. The same Chandrachud had dismissed a plea in 2018 by a Hindu against a Malayalam novel by a communist writer that claimed Hindu girls dress up nicely to go to temples to ‘signal readiness for sex’. “In the age of the Internet, you are making this an issue. It is best forgotten,” Chandrachud said to the utter dismay of the Hindu petitioner.

Such judges claim to be upholders of principles like liberalism, secularism, free speech and social justice, but their judgements end up achieving the exact opposite. They empower and embolden forces that are illiberal, fascist, divisive and virulently communal like the TMC regime. This is because these judges are part of a Nehruvian echo-chamber which views the Hindu majority, and by extension RSS/BJP, as deeply flawed and in need of reform, and the so-called minorities (which are actually part of expansionist global majorities) as requiring their protection. In short, judges like Chandrachud suffer from textbook Hinduphobia.

At least in the US, the bias of judges is openly known and acknowledged, and judges are properly grilled before appointment in Senate Confirmation Hearings. In Bharat, left-liberal judges imagine they are the ‘last hope of the common man’, whereas the reality is that people are sick and tired of judicial delays and judiciary’s elitism, double standards, and obsession with ideological grandstanding over false constructs like ‘majoritarianism’.

Meanwhile, the Calcutta High Court on Friday directed the WB State government to appoint one Armed Police Officer to each of 21 BJP candidates who had approached the court seeking police protection until completion of the election process and declaration of the result. An earlier single bench of the HC had dismissed the plea of 14 of those 21 candidates, stating, “there is a fair chance that the representation, at least in respect of some of the candidates, might very well be an election gimmick more than a genuine grievance.”

India’s judiciary is a closed club which is not accountable to elected representatives, unlike any other democracy. In 1993, it usurped the power to appoint and transfer judges to higher courts by creating the Collegium System, and now refuses to review the same.

It is time for all right thinking judges, intellectuals and political parties to come together, and end the chokehold of an elite cabal which has hijacked our judiciary in partnership with corrupt, feudal forces and foreign-funded vested interests.