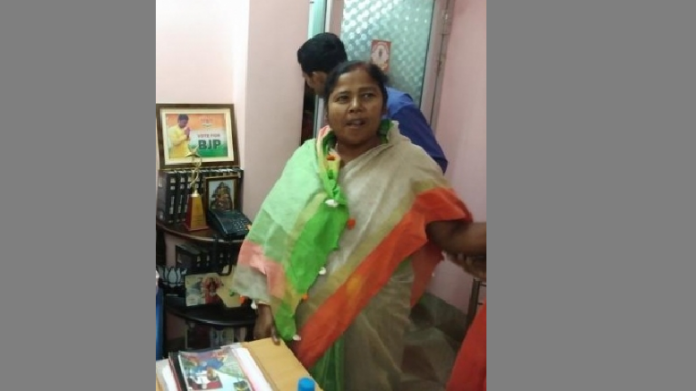 Union Minister of State for Social Justice and Empowerment Pratima Bhoumik said that all the incidents of violence in Tripura are scripted and pre-planned by Prashant Kishor and TMC leader Abhishek Banerjee.

In an exclusive interview to IANS, Lok Sabha member from West Tripura parliamentary constituency Bhoumik said that people of Tripura will give a befitting reply to the TMC, Banerjee and PK (Prashant Kishor) and they will not succeed in their malicious plan to disturb the peaceful environment of the state.

She said that the TMC has disrespected the people’s mandate and defamed West Bengal in front of the country and the world. “TMC teaching on democracy is not needed by the BJP, instead TMC should learn democracy and follow it in true spirit,” Bhoumik said. Excerpts:

Q: TMC is complaining about recent cases of violence and attacks on its leaders and workers in Tripura?

Bhoumik: The BJP government in Tripura was formed in 2018 and there has been no case of violence in the state. Political violence is not the culture of Tripura. Cases of violence were reported in the last four months from August after TMC leader PK and his group I-PAC arrived in Tripura. All the incidents of violence are scripted and pre-planned by PK and TMC leader Abhishek Banerjee.

Q: What do you mean that incidents of violence are being pre-planned and scripted?

Q: Are you saying the situation in Tripura is peaceful and current incidents of violence are pre-planned?

Bhoumik: Yes, the situation in Tripura is peaceful and the TMC with an eye on the local bodies election tried to disturb the atmosphere. No report of violence will come out when an outsider brought by TMC leaves the state. You come to Tripura tomorrow morning to feel the peaceful atmosphere in the state.

See their body language, they are behaving like underworld dons, not as politicians.

Q: Would you explain who is behaving like an underworld don?

Bhoumik: TMC leaders and workers are threatening people of Tripura. They are trying to establish the party by creating fear in the minds of people as they have no organisational set up in Tripura. The TMC has nothing in Tripura, they have neither a booth committee nor a state committee. They are bringing people from outside to establish their party in the state and for that purpose they are threatening people. See their body language, it is not of a political leader or worker but of an underworld don. Abhishek Banerjee is behaving like an underworld don. I am confident that the people of Tripura will give them a befitting reply and TMC, Abhishek Banerjee and PK will not succeed in their malicious plan to disturb the peaceful environment of the state. People want peace and development, not the violent culture of TMC, which it practices in West Bengal.

Q: TMC is saying that democracy is at risk in Tripura under the BJP government?

Bhoumik: We don’t want to learn about democracy from TMC and its leaders. Everyone witnessed what happened in West Bengal after the declaration of the assembly poll results.

Women were raped, men were killed, properties were set on fire, lakhs of people were displaced from the state fearing attacks by TMC goons and took shelter in Assam. The TMC has disrespected the people’s mandate and defamed West Bengal in front of the country and the world. The TMC and its leader Mamata Banerjee and Abhishek Banerjee’s faces are blackened and they will not find a place to hide their faces. After killing their own people and raping their own women in West Bengal, it is talking about democracy. The BJP has full faith in democracy and democratic values and religiously follows it. The TMC teaching on democracy is not needed by the BJP, instead TMC should learn democracy and follow it in true spirit.