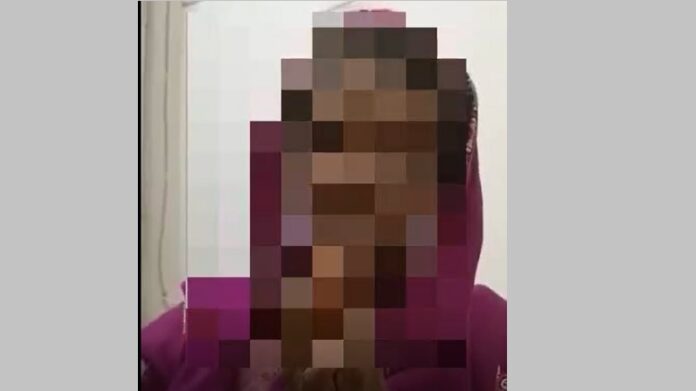 The feudal zamindari/jaagirdari system and its worst manifestations, bonded labor and untouchability, have been eradicated to a large extent from the subcontinent except for one country – Pakistan. When combined with the institutionalized dehumanization of Hindus as ‘wretched kafirs’, it creates the grounds for horrific brutalities in this Islamic nation which the ‘civilized’ West considers an ‘important ally‘. Because of this privilege, Pakistan escapes international scrutiny of its horrific human rights record, which includes the genocide of 3 million Bengalis in 1971.

In a recent case, a poor Hindu woman was gang-raped and brutalized in medieval fashion by Muslim landlord Mohammad Akram’s men because she dared to ask for her wages. The incident occurred in Chak 108 DB village in Bahawalpur district of Punjab province, Pakistan on September 10.

Akram’s men barged into her home at night. She was first gang-raped by 6-7 men, then stripped naked and hung upside down and assaulted for hours. The traumatized victim told an activist that ‘there is no part of my body which doesn’t bear an injury mark’.

Her trauma didn’t end there. After she somehow reached a hospital, she was summarily discharged without any medical report of the injuries she had suffered. Locals says that this is a common occurrence in Pakistan, whereby influential landlords bribe medical and other officials to suppress evidence that can lead to action against them.

However, after Hindus protested outside the tehsildar officer and the incident was covered by a few local channels, it appears that police has taken some action and arrested a few men. Whether they will be prosecuted and punished, is another matter.

Many such cases of poor Hindus suffering as bonded laborers of Muslim landlords are being reported now (see here, here), due to advent of social media and work of some brave activists. Perennially in debt to the landlord, generations of these poor Hindus are forced to slave for the landlord and suffer all sorts of indignities. But these crimes still barely get reported in English-language mainstream media, both in Pakistan or Bharat.

Likewise, crimes against Hindus have almost zero impact on the national discourse in Pakistan due to systematic Islamist indoctrination by the public school system, mosque-madrasa network and Islamic outfits like Dawat-e-Islam, Tehreek-e-Labbaik, Tablighi Jamaat etc.

While the world is finally beginning to take some note of the endemic forced conversion racket involving Hindu and other minority religion girls (around 1000 such cases are reported each year, as per conservative estimates), what is still hidden is the brutal discrimination meted out to poor Hindus (most Hindus in Pakistan are from under-privileged SC/ST communities) and Christians.

Sanitation jobs are exclusively reserved for these minorities, who are openly addressed with slurs like ‘choora/chuhra‘. Pakistan comedy shows casually throw about slurs like ‘Hindu kutta (dog)’ and no one bats an eyelid. Untouchability against Hindus is rife – they are refused food and drink in highway dhabas/restaurants or served in separate utensils, and discriminated against in shops and other places in public sphere. In schools, their children aren’t allowed to drink from the same water source as other students. Some Pakistani cricketers refused to eat along with their Hindu colleague Danish Kaneria. The worst part is, there are no laws to stop such crimes, and even if some law exists on paper, the entire system just turns a blind eye.

Such back-breaking and institutionalized discrimination is designed to force Pakistani Hindus, Sikhs and Christians to convert to Islam or flee to Bharat and other nations. It’s the same ‘Raliv Galiv ya chaliv’ (convert, leave or die) ultimatum that Kashmiri Pandits received in 1990.

Khushal Khan Khattak of the Human Rights Commission of Pakistan says, “In most cases they (Hindus) don’t have the resources or the means to sort of fight back, or to resist these attempts on their women, their daughters, their children.”

Ranbir Singh, researcher, activist and Chairperson of UK-based Hindu Human Rights explains the reality – “Kidnappings, rapes, forcible conversions and constant harassment are therefore a daily routine for Hindus who dare to remain in their homeland of Pakistan and suffer the humiliation of being third class citizens and subhumans in the eyes of the majority and legal system.”

The US-led Western liberal establishment claims it is the guardian of civilization, moral righteousness and the ‘international rules-based order’. However, its partnership with an Islamofascist state like Pakistan shows how hollow and self-serving such claims are.

Minor girl Chanda’s parents not allowed to meet her at ‘shelter home’, but her Baloch abductor is! ‘Liberal’ Dawn newspaper downplays abduction