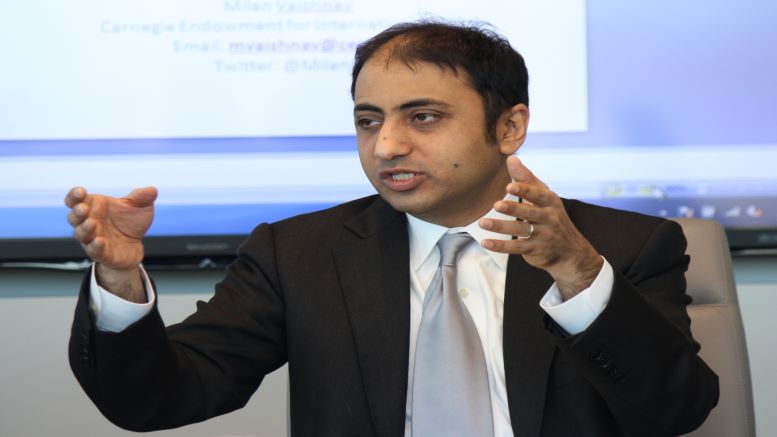 “People forget that democracy is more natural to India than to any other country. There was democracy in India before any other country in the world ever dreamt of it. We had republics, fully, fairly elected, 2500 years ago”, Morarji Desai had said.

Sadanand Dhume was in a hurry to dismiss democracy as a borrowed concept that ancient Bharat wasn’t familiar with and got schooled by Twitterati for his ignorance. The problem with the likes of Dhume is judging Bharat through the western prism and ancient Bharat with modern standards.

Not only were there republics in ancient times but local villages functioned on the principles of democracy too as many users have rightly pointed out.

Certainly, the form of democracy followed by ancient Bharatiyas was probably much different than what it is today but that doesn’t mean one can simply assume that the concept was alien to them.

Similarly, hierarchical local self-government based on democratic principles was the outstanding feature of the Chola administration. The Chola officials participated in local affairs as mere observers and not as administrators.

Every village was a self-governing unit run by councils which were known by different names depending on the type of the village. The Uttaramerur inscriptions issued by Parantaka I Chola, dated to the eighth century give details regarding the constitution of local councils, methods of candidate selection, eligibility and disqualification of candidates, and their powers and duties.

Rajaraja didn’t merely continue the tradition of independent local self-governance but put systems in place that would ensure their smooth functioning such as providing revenue grants and appointing officers to look after local disputes. All major activities and decisions of the assemblies and committees were finalized through meetings and discussions. Members of the executive bodies and other committees were elected, from among eligible candidates, through a draw of lots by small boys.

We have merely cited two examples, however, the point to be noted is that local administration was sufficiently open and democratic even under monarchies. In fact, the existence of Ganarajyas (republics) dates back to the Vedic society. Such republics existed alongside monarchies.

One may take the example of the Vajjian confederacy of the Pre-Mauryan period, of which the Lichchhavi tribe was the largest element, that controlled what constitutes northern Bihar today. This confederacy was governed by a chief who derived his power from a large assembly of tribesmen and ruled with the help of a smaller council of lesser chiefs.

Interaction among ancient societies may have led to the exchange of ideas but each society evolved its own administrative system. Importantly, one cannot and should not apply modern yardsticks to ancient societies because democracy, as we know it today, would be at variance from that of the yore. Bharat certainly doesn’t need to look at itself from the western viewpoint but one shouldn’t dismiss the systems of ancient Bharatiyas as borrowed ones.