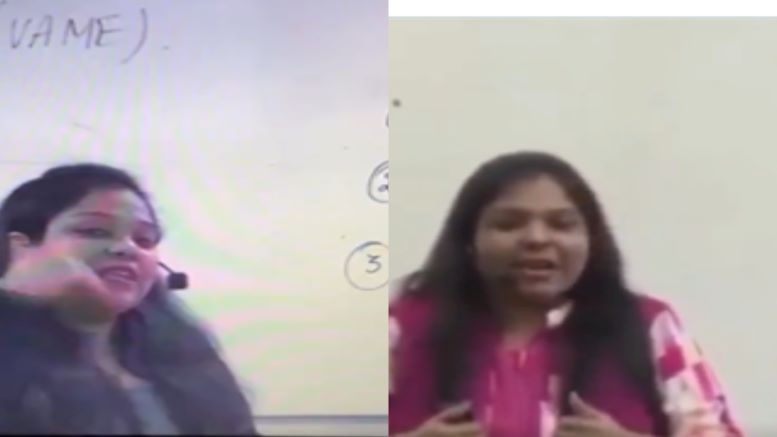 We have seen time and again the insensitivity displayed by the IAS cadres towards Hindus and Hindu Dharma. The root cause of this problem is the training they receive. Earlier, we saw how the Drishti IAS coaching center preached Marxism to its students. Now, it has come to light that the faculty at Vision IAS has been spewing venom against Hindu Dharma and presenting factually incorrect information regarding the Bhakti movement.

As rightly pointed out the Cheraman Perumal Jumma Masjid myth is being peddled as a ‘fact’. The last of the early Chera rulers Cheraman Perumal is said to have been the first follower of Islam. However, such claims have been proven to be false.

Twitter user Panchajanya had written “the claim of moslems about the time period, Sundarar lived in 8th century which dates well after Muhammad’s period and the presence of a Chera King in this time contradicts their claim of Tajuddin being the last King of the early Cheras who lived in the time of Muhammad. The Theyyum song which is claimed by the moslems to be speaking about Cheraman’s journey to Mecca speaks about Samoothiri after the split whereas Samoothiri King’s lineage begin only in 12th century after the destruction of Mahodayapuram, the capital of Cheras by the Cholas. Going by this, if we consider the last king of the Kulasekara dynasty as the one going to Mecca, it dates 600 years after Muhammad’s demise making it impossible for the occurrence of the meeting between Chera and Muhammad”.

Bhakti movement wasn’t a response to Islam as has been claimed. She is also wrong in her statement that Islam had established itself in the 7th century. The fact remains that for six centuries from 636 to 1206 CE, Hindus kept the flag of resistance flying. Similarly, Avanijanashraya Pulakesin of the Chalukya dynasty put a stop to the Arab march in 737 CE thereby pushing the Arabs back to Sind.

The faculty has been identified as Smriti Shah. Not just on the Bhakti movement but her views on several other issues are problematic, to say the least. In fact, she has displayed a total lack of understanding of Bharatiya culture and ethos.

In damage control mode Vision IAS issued a statement saying the content isn’t currently available on any of their official platforms as also that it wasn’t their ‘intention to hurt’ the sentiments. However, the organization in addition to apologizing actually went on to justify, although not in so many words, the faculty’s views.

In view of the kind of coaching being provided to IAS aspirants, it is hardly surprising that many of them turn out to be anti-Hindus with little knowledge of and respect for Bharatiya culture and Dharma. In the absence of a system to review what is being taught in such coaching institutes, it become next to impossible to control the percolation of ideas that are contrary to facts.