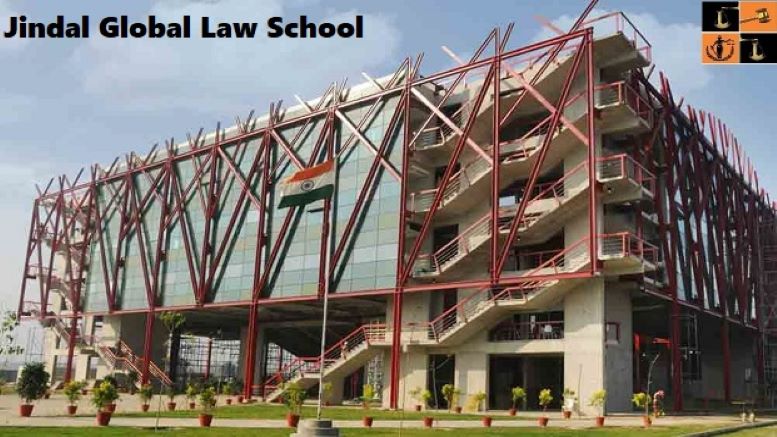 Jindal Global Law School (JGLS) appears to be promoting curriculum writers who are unabashedly anti-Bharat and the course contents are also completely anti-national making us question what kind of lawyers does the law school intends to produce? The separatist and secessionist thoughts of some of these writers are well-known and yet, Jindal opted for content written by them?

Under the social movement course manual, Nitasha Kaul’s “Kashmir: A place of blood and memory” is one of the books students have been asked to read. Kaul is one of those who believes Bharat has no legitimate right over Kashmir. She terms Bharat as an ‘aggressor occupying Kashmir’. It must be pointed out here that Kaul is a supporter of Pakistan.

Then there are the likes of Pratap Bhanu Mehta, John Dreze, Christopher Jafferlot, and others who keep spewing venom against Bharat.

Interestingly, Congress leader Naveen Jindal is the founder chancellor of the law school and had not only wanted private citizens to be granted the right to hoist the tricolour but has even been advocating that January 23 be marked as the national flag day. While on the one hand, he appears to promote pride in the national flag, on the other, his institute has been making students ‘study’ those who hold and promote anti-Bharat views.

It isn’t just the curriculum but the faculty at the JGLS that should also be a cause of concern. In October this year, OpIndia reported how one of the faculty members identified as Shruti Pandey had insinuated that Hindu Dharma promotes untouchability while praising Islam for its ‘acceptability’ of widow remarriage.

“On Saturday (October 9), a human rights advocate and a lawyer named Shruti Pandey courted controversy after she claimed that all Hindus practice untouchability. Pandey is an Associate professor of Legal Practice and Director of the Centre for Human Rights at the Jindal Global Law School”, said the report.

The kind of lawyers that the heavily anti-Bharat and anti-Hindu course contents would create is anyone’s guess. However, there is no doubt that the Bharatiya education system is doing nothing to imbibe values of patriotism and pride in Bharat’s culture and religion. The rot runs so deep that we find such a questionable curriculum to be a part of almost all universities across the country. This can particularly be noticed in streams such as history and political science.

The distortion of history begins right at the school level. We have also seen how attempts to overhaul the UGC history syllabus had upset a section of academics. There is an urgent need to clean up the education system. Be it private or government-run institutions, course contents need to be one that imbibes a spirit of nationalism and a sense of pride in one’s traditions and culture.

The bane of Bharat has been that academia has been controlled by the left-liberal cabal who have for long created generations of deracinated Bharatiyas. It is time to reclaim pride in Bharatiya values.