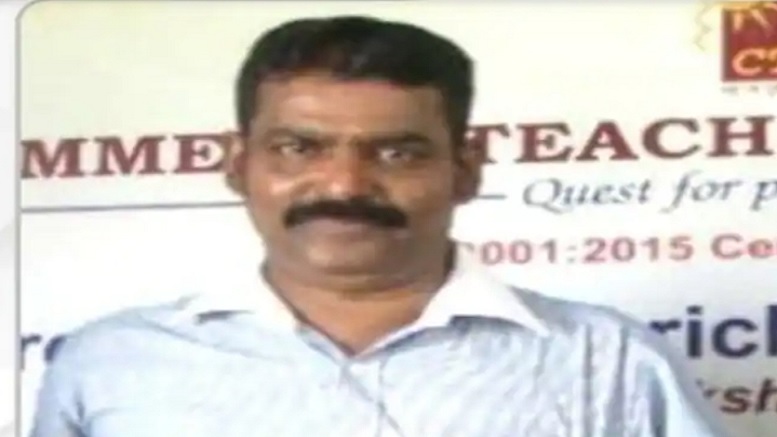 The recent charges of sexual harassment against a teacher in a well known school in Chennai raises several questions about the safety and security of students and the need  for a sensitive and humane approach to address this under-reported issue and the role of diverse stakeholders, especially the media, in addressing this complex and complicated issue with insight and compassion and responsibility

Padma Seshadri Bala Bhavan (PSBB), School, a prestigious CBSE school in Chennai needs no introduction. The 63-year-old school has six branches with over 8000 students and 500 staff. The alumni list that includes celebrities in every sphere, reads like a Who’s Who list.

However, on May 23, 2021, the school was in the limelight for a ‘different’ reason—the alleged sexual harassment  by one of its teachers on current and former students. The issue, highlighted  on Instagram by victims who voiced their experiences of being sexually  harassed by the predatory teacher, snowballed into a scandal that raged across social media platforms, amplified by allies that included celebrities and politicians in the state.

On May 23, Kripali Samdariya, fashion model and former student of PSBB school. posted a screenshot of a student who shared her experience of being sexually harassed by a teacher in the school. The post went viral and was a catalyst that triggered a storm of protests by a slew of current and former students of the school who said that they had been sexually harassed by the same teacher, G. Rajagopalan, 58, who taught  Accounts and Business Maths in the KK Nagar campus of the school for the past 20 years.

The campaign was also highlighted by singer Chinmayi Sripada in her tweet. Sripada had earlier spoken up fearlessly about her own experience of having been “Me tooed” in the Tamil film industry. Sripada tweeted that her friend Kripali Samdariya  is using her Instagram page to “consolidate these allegations and build a  legal case against this man…these issues have gone as long as my seniors have been in school to the present day. The mere fact that this disgusting man has gotten away with harassing students and having the management or the school administration do absolutely nothing in the face of these allegations is revolting, appalling and downright depressing.”

Kripali’s Instagram page drew an overwhelming number of unheard voices who were willing to share without  shame or fear  that unequivocally exposed the sexually predatory behaviour of the teacher on online and in person classes. The allegations by several  girls (with screenshots)  ranged from lewd texts, sexual innuendoes, obscene jokes, inappropriate sexual advances, demands for late night video calls, body shaming, slut shaming, bullying, sending pornographic links on Whats App to the students and appearing topless in an online class. The series of charges  against the teacher can be read here.

Ironically, Rajagopalan headed the Internal Complaints Committee (ICC) in the school to  prevent and redress charges of sexual harassment in the school campus. Several students  claimed that they had approached the school  authorities concerned who, however, did not respond appropriately and promptly.

Although the school denied having received any complaint about the teacher, it said that it was taking suo motu cognisance of the issue and suspended the teacher on Monday pending investigation.

DMK MP Kanimozhi tweeted, “The sexual harassment against the Commerce teacher in PSBB School is shocking. An enquiry must be conducted and action taken against those involved including the school authorities who failed to act against the complaints from students… I promise to take this to the concerned authorities.”

It was a promise that she really meant. The state government machinery  immediately swung into action. TN Minister for education Anbil Mahesh immediately instigated a police enquiry against the accused. The accused has been arrested under section 11 and 12 (Sexual harassment of children) of the Protection of Children from Sexual Offences (POCSO) Act 2012, sections 354(A) (Sexual harassment) and 509 (Insulting modesty of woman) of IPC and sections 67 (Punishment for publishing or transmitting obscene material in electronic form) and 67A (Punishment for publishing or transmitting of material containing sexually explicit act, etc., in electronic form) of the Information Technology Act.

Sexual harassment in any form  is a heinous crime and  has to be dealt with a zero tolerance policy. The Sexual Harassment of Women at Workplace (Prevention, Prohibition and Redressal) POSH Act 2013, mandated by the Supreme Court as non-negotiable in every organisation that has more than ten employees.

“Every educational institution (and that also includes schools)  is required to comply with the 2013 Act and should have an Internal Complaints Committee. The definition of workplace is not just wide but also inclusive and in any event, educational institutions are explicitly covered therein. When an institution has less than ten  employees, it is only then that there is an exemption from formulation of ICC. It is also important to note that the protection under the 2013 Act is not just for women employees but for any woman within the workplace,” says  N. S. Nappinai, Advocate, Supreme Court & Founder-Cyber Saathi.

Sexual crimes aren’t about sex. Rather, they are about  flagrant and brazen abuse of power exerted by a perpetrator on a vulnerable victim. The POCSO (Protection of Children from Sexual Offences) Act 2012 is a comprehensive law to provide for the protection of children from the offences of sexual assault, sexual harassment and pornography, while safeguarding the interests of the child at every stage of the judicial process by incorporating child-friendly mechanisms for reporting, recording of evidence, investigation and speedy trial of offences through designated Special Courts. The accused has been arrested under the POCSO Act ( as the victims are below 18 years of age) and sent to  judicial custody.

However, as we have seen in most instances of sexual harassment there is a huge gap between theory and implementation. In most instances, like in the PSBB instance as well, the act is just a paper tiger with loopholes in implementation and complete absence of sensitivity and perspectives about sexual harassment being a gross and grave violation of the rights and  dignity of any person.

However, other acausal angles such as the community of the management of the PSBB Schools have crept into the discourse and threaten to hijack it completely and derail the issue at hand: sexual harassment. In fact, TV Channels in Tamil Nadu are crying hoarse about the community angle of the management of the institution—a favourite whipping horse in the state. While the media has a tremendous role to play as a whistle blower that brings significant issues into the public domain, it certainly needs to desist from  its self-appointed role of judge and jury and indulge in media trial of the offence.

“In instances of sexual harassment, it is important to believe the victim’s complaint immediately and set the law in motion. The prosecution has proceeded in the right direction.  One must avoid victim shaming and victim blaming. In this instance, the sexual harassment is an offence by an individual. It is incorrect to blame and shame the institution unless the investigation shows that the institution has been complicit in the  offence. The media diatribe against the community of the management of the institution is completely uncalled for and only stirs a hornet’s nest,” says S. Srinivasa Raghavan, Advocate, Madurai Bench of the Madras High Court.

Sexual offences, mired under stigma, shame, secrecy and silence, are often under reported.  Prevention and redressal therefore require convergence of multiple stakeholders: people with lived experience, educational institutions, parents, judiciary, law enforcement,  media, health care, NGOs, and the general public. A perceptive and informed eco system sensitive and responsive to the needs and concerns of victims  can lead the way forward in  fostering safe, supportive spaces to address this complex and complicated issue with insight and compassion.