Youth from Surat, Gujarat pay tribute to the sacrifice of Guru Gobind Singh and his family by sleeping on the floor for a week 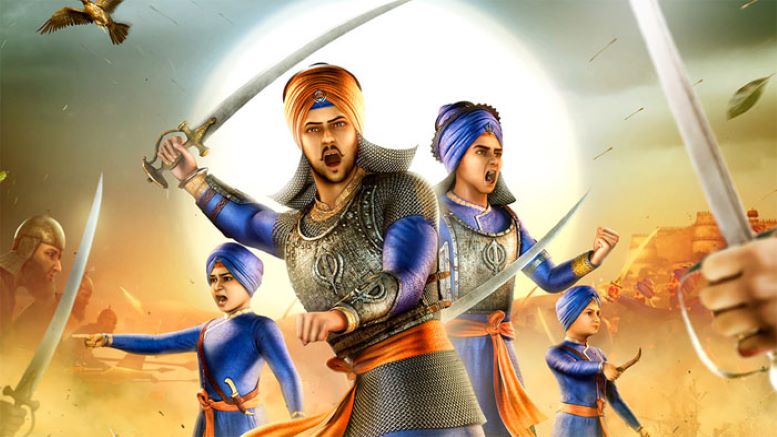 Youth from Surat in Gujarat paid tribute to the sacrifices made by Guru Gobind Singh and his family for the protection of Dharma. They bravely embraced death and as a tribute to this, the youth followed the tradition of sleeping on the floor for an entire week as was customary in Punjab in memory of Mata Gujari and the two younger sons of Guruji.

Guru Gobind Singh established the Khalsa to fight Aurangzeb who had been inflicting untold miseries on the non-Hindu population and forcing them to embrace Islam. To save Dharma, Guruji fought several battles between 1699 and 1704. In 1704 when Guruji was traveling with his people, the Mughals launched a two-sided attack on them along the banks of the Sirsa River. Guruji escaped along with his elder sons and 40 people and reached Chamkaur where he was faced with the Mughal army numbering 10 lakhs.

A fierce battle broke out between the two sides in which Guruji’s elder sons Sahibzadas Ajit Singh and Jujhar Singh, aged 17 and 15 respectively fought bravely and gave up their lives but not before slaying several Mughal soldiers. This battle lasted for three days from 21 to 23 December 1704.

Gurumata Gujari and the younger sons of Guruji Zoravar Singh (7 years) and Fateh Singh (5 years) were taken as prisoners to Sarhind Fort by Wazir Khan. They were left out in the cold winter night but that did not break their spirit and the young sons of Guru Gobind Singh entered Wazir Khan’s court chanting “jo bole so nihal sat Sri Akal” (whoever utters the following shall be happy, Eternal is the Holy/Great Timeless Lord).On the 27th of December, the two were interned alive in a brick wall by Wazir Singh for refusing to accept Islam despite being tortured.

To honor the sacrifice by Guru Gobind Singh and his family, it was a tradition in Punjab to observe 21 to 27 December as a week of mourning every year and people would sleep on the floor as a tribute to their sacrifices. The youth from Gujarat paid their tributes by observing this long-standing tradition that seems to have been lost in the sands of time.

It is the small yet significant gestures like this that connect us with our past and keeps Dharma alive. Such gestures by the youth are appreciable and more people in the society should be inspired to take up such initiatives.