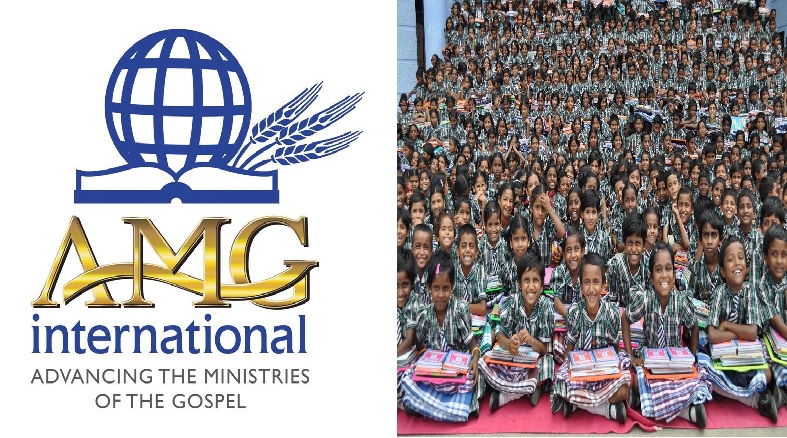 NCPCR (National Commission for Protection of Child Rights) has recommended to the MHA (Ministry of Home Affairs) to immediately prohibit the receipt of foreign funds by NGO ‘AMG India International’ based in Chilakaluripet, Guntur district Andhra Pradesh under section 9 of the FCRA Act, 2010, and cancel their FCRA certificate.

The letter sent by NCPCR to MHA says that apart from FCRA violation, AMG India International is also involved in various irregularities under the Juvenile Justice Act, 2015.

NCPCR has taken this step after probing a complaint submitted by legal rights body LRPF (Legal Rights Protection Forum) against the said America-headquartered international Christian NGO, which runs a network of educational institutions and children shelters, for:

1. Sharing images, videos & other sensitive information of minor children taking shelter/studying in their homes/educational institutions to foreign NGOs and thereby displaying the same on foreign websites.

3. Violating the provisions of the Foreign Contribution Regulation Act, 2010.

It is pertinent to note that in 2020, the NCPCR had asked the Guntur district officials to probe AMG (Advancing the Ministries of the Gospel) India International for forced teaching of Gospel, Bible sermons & imposing Christian Religious views on over 12000 minor students studying in their educational institutions.

Last year, HinduPost had also done a report on how AMG India International is unscrupulously proselytizing Hindu children under the guise of imparting education, and how they manufacture atrocity literature around caste to raise funds overseas. A leading German footwear brand Diechmann was found to be funneling funds to this evangelical organization which was prima facie found to be flouting FCRA and Juvenile Justice Act laws.

The recent complaint by LRPF had highlighted that AMG India International was sharing sensitive information like names, age, photos along with a short description of family & financial background of poor children to its foreign counterpart organizations.

Below are the particulars of Foreign Contribution received by AMG India International since the financial year 2006-07 as obtained from the Ministry of Home Affairs official website www.fcraonline.nic.in :

A staggering INR 789 crores was received over the last 15 years, an average of over INR 50 crore each year.

As per the data available at www.fcraonline.nic.in, the AMG India International, Chilakaluripet, Guntur is receiving major foreign contribution from AMG International (US) and Wort & TAT Allgemeine Missions (Germany) aka Wortundtat (Deichmann group’s charity arm) for the purpose of religious and children welfare activities since the financial year 2006-07.

Upon further inquiry by LRPF, it was found that the sensitive information i.e. images, videos, date of birth, location, family & financial background of the minor destitute children taking shelter/studying at different homes/institutions run by AMG India International at Chilakaluripet (Guntur) and Visakhapatnam are appearing on the official websites of above foreign organizations which are funding AMG India International.

Sharing the sensitive data of destitute minor children is a crime under section 74 of the Juvenile Justice Act, 2015 and section 228A of the Indian Penal Code.

It was also found by LRPF from the YouTube channel of AMG International (US) and Wort & TAT Allgemeine Missions (Germany) that foreign representatives of said NGOs frequently visit campuses of AMG India International in Andhra Pradesh and interact closely with minor children. This causes a serious security threat to the minor destitute children taking shelter in said institutions, said LRPF.

Moreover, the said foreign representatives are participating in religious activities backed by AMG India International, which is a crime under section 14(b) of the Foreigners Act, 1946.

As per the www.ngodarpan.gov.in (website run by NITI Aayog), the objectives of the AMG India International are mentioned as below:

Though ‘Religious Activity’ is nowhere mentioned as one of their aims/objectives, it is apparent from the Foreign Contribution (FC) returns submitted to the Ministry of Home Affairs that AMG India International is spending hundreds of crores of rupees received in foreign donations for Christian religious activities such as religious events, running religious schools, payment to religious workers etc.

LRPF also highlighted that following the letter sent in 2020 by NCPCR to the Guntur District Collector Samuel Anand Kumar (IAS), for inquiry and necessary action against AMG India International in the matter of mass Christian proselytization of minor destitute children with aim to convert them to Christianity, the key evidence mentioned by NCPCR in its letter i.e. YouTube videos were made private and the official website of AMG India International www.amg.in was taken down.

This hints at some sort of collusion between authorities and the accused Christian NGO. This would not come as a surprise to Andhra political observers who have seen the growing aggression of Christian evangelical outfits, temple destructions, and the misuse of reservation and other government benefits by Christian converts under the Jagan Reddy led YSRCP govt.

As per LRPF, AMG India International claims to have ‘rescued 2,000 bonded children working in stone quarries’. The Head of the NGO is personally baptizing minor children, and even on independence day, Bible verses are a must in their schools. The NGO also tarnishes the image of our nation by telling the world “families we serve are being denied government Covid aid due to their faith”.

LRPF had requested two actions against AMG India International in the complaint to NCPCR:

2. To block the further funding from AMG International (US) and Wort & TAT Allgemeine Missions (Germany) to any other NGOs in Bharat.

With NCPCR making its recommendation to MHA to cancel AMG India International’s FCRA license, the ball is now in MHA’s court.