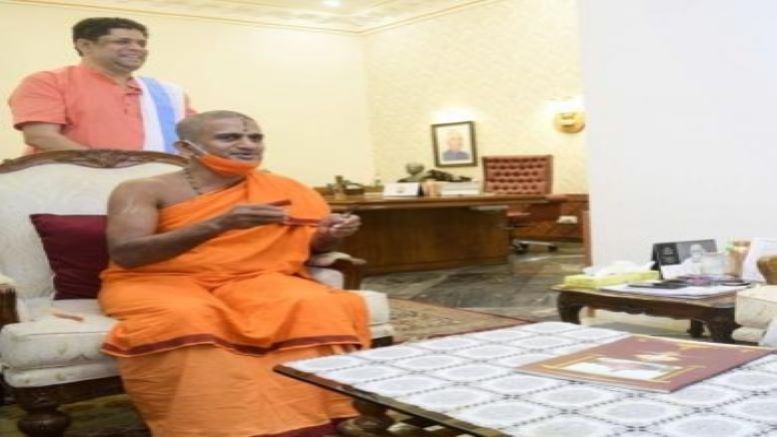 Pejawar Seer Vishwaprasanna Teertha Swamiji, Trustee of Ayodhya Sri Ram Mandir Construction Committee, on Friday said the construction work of the Ram Temple at Ayodhya is progressing well and the murti of Prabhu Sri Ram would be installed in the sanctum sanctorum in January 2024.

Swamiji said that special granite stones sent from Karnataka are being used in the construction of the temple. The shilanyas ceremony for the sanctum sanctorum of Sri Ram Mandir will be held on June 1. He also stated that he would participate in the ceremony.

Swamiji said that a strong foundation has been laid for the Sri Ram Mandir and the work has been completed. Now, the platform formation work has been taken up which is also nearing completion.

“It has been decided to install the murti of Prabhu Sri Ram in January 2024 during the beginning of ‘Uttarayana’ time. The necessary preparations will be made by the time of installation of the murtis,” he explained.

He maintained that the surfacing of Shivling in Varanasi is a matter of happiness. The temple belongs to Hindus and the references to Puranas have come true. Not only this whichever temple is encroached upon should be vacated. “We wish there should be a victory for Sanatana Dharma and Indian culture,” he said. There should not be any attempt to create conflicts, he added.

Prime Minister Narendra Modi laid the foundation stone for the construction of the Sri Ram Temple site in August 2020.