Missionary pastor chased away by Sarna villagers in Jharkhand 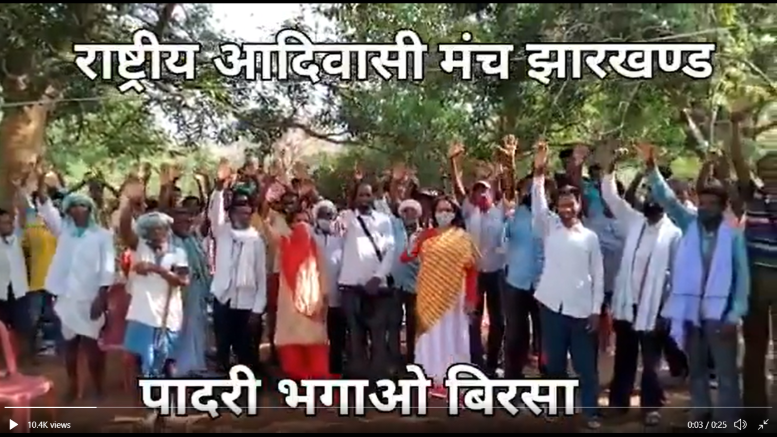 A  missionary pastor, who was actively involved in conversion activities in Raisimla Village located in Khunti district’s Torpa Tehsil, was driven away by Sarna villagers. The villagers accused the pastor of luring innocent villagers and converting them to Christianity. During the campaign against the pastor, they raised slogans “Sarna ko bachana hai, Isaai ko bhagana hai” (Save Sarna, drive the pastor away).

Sarna villagers caught the pastor and inquired as to why he was involved in conversion activities which is not permitted by law. Following this, the pastor is said to have fled the place and did not attend the Gram Sabha where he was called for questioning.

Subsequently, members of the Sarna Samaj began a campaign “Padri bhagao, Missionary bhagao” (drive the pastor and missionaries away). During the campaign, they even took a pledge to put an end to missionary conversion activities and vowed that they would neither convert nor allow others to become a victim of such missionary pastors.

Priya Munda is said to have led this campaign along with other members of the Sarna community who are keenly involved in protecting the tribal culture and way of life.